Argentine Economy Minister has backed the idea of a wealth tax on the country’s rich as the nation to fend off creditors and find money to help cope with the Covid-19 pandemic.

The tax would affect 11,000 people with fortunes of at least $2 million, Guzman said, without specifying where that cut-off point might come. He spoke in an interview with journalist Horacio Verbitsky, published on the website El Cohete a la Luna. President , in a separate interview, spoke of the need for wealth redistribution.

Argentina lacks room for austerity or cutbacks and needs to reprogram its debt with the , Guzman said, as the country enters crunch negotiations with creditors. Argentina, which is due to make about $500 million of debt payments on April 22, last week announced proposals for a deal that would see it pushing back most of its payments until the . 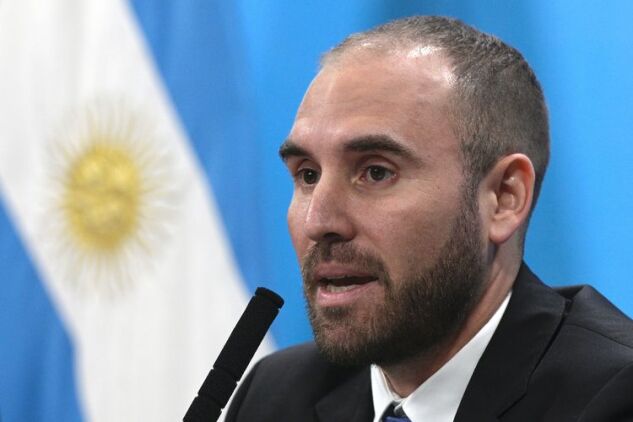 Argentina won’t be able to deal with its debt obligations to the IMF until 2023, Guzman said, adding that he thinks the fund understands that the debt will have to be reorganized.

Because of the health crisis, it doesn’t make sense for countries that have limited resources to pay creditors, Guzman said. That would make recovery more difficult once the pandemic is over. Even before the crisis though, Argentina was already unable to pay its debt.

Argentina had 2,839 confirmed Covid-19 cases and has reported 132 deaths. It has imposed a nationwide since , which appears to have helped flatten the rate of infections.

The deal proposed on April 16 includes a three-year moratorium on all payments, a 5% reduction on principal and a 62% reduction in interest payments. That’s the same proposal Argentina would have made before the virus, the minister said.

The wealth-tax idea comes from lawmakers who had suggested a tax on people with assets of more than $3 million. That’s at the official exchange rate of around 66 pesos per dollar. The blue-chip swap rate, a measure of where the peso would be if it were floating, has fallen to 103 pesos per dollar amid the country is preparing to print more money. 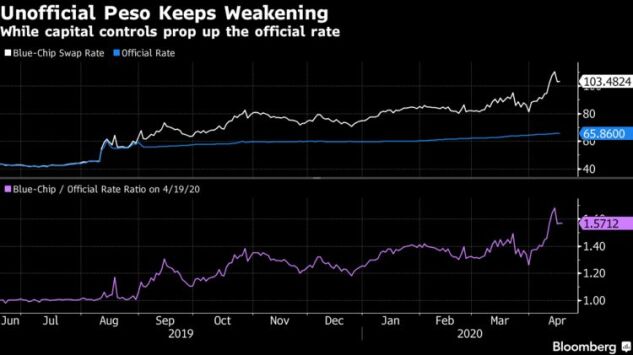 Argentina needs to develop a local-currency funding market so that it no longer needs to rely so heavily on borrowing in dollars, Guzman said.

To contact the reporter on this story:
in Santiago at sboyd9@bloomberg.net

To contact the editors responsible for this story:
at eweiner12@bloomberg.net