Uruguay will soon be even more welcoming to wealthy foreigners looking for a new home following a presidential decree that makes it cheaper to obtain tax residency in the South American country.

Starting in July, foreigners who live at least 60 days a year in and buy real estate valued above 3.5 million inflation-linked UI -- currently equivalent to $378,000 -- will qualify for tax residency. Newcomers can also obtain residency by investing more than 15 million UI in a business that creates at least 15 full-time jobs.

Federico Fischer, managing partner at the local chapter of Andersen Tax & Legal, said more than 100 Argentines, Brazilians and Europeans have contacted him about the new rules. The decree will help Uruguay compete with countries such as Portugal, Spain and Italy that are also angling for rich foreigners, he said.

“It’s basically targeted to families wanting to live and invest here,” Fischer said in a telephone interview. “This isn’t an Argentine-focused initiative, but it’s natural to think that Argentines will be the majority of applicants.” 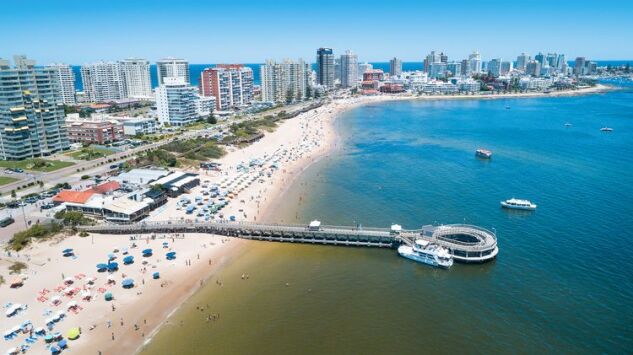 President , who took office March 1, is foreign investment to help revive an economy the sees contracting 3.7% this year. Uruguay’s selling points include relative stability and a low crime rate. Still, growth was lackluster even before the local coronavirus outbreak, with GDP expanding just 1.3% a year on average since 2015 amid a drop in commodity prices and business expenditures.

As it stands now, foreigners can obtain tax residency by spending more than 183 days a year in Uruguay or making real estate or business investments above 15 million UI and 45 million UI, respectively.

The UI, or Unidad Indexada, is an accounting unit created in Uruguay in 2002 during a period of high inflation that is adjusted daily to the Uruguayan peso. The UI is currently worth 4.6414 pesos.

While Lacalle Pou’s decree lowers the financial and physical presence barriers to residency, Uruguay’s border, airports and ports remain shut to passenger traffic in efforts to prevent the coronavirus from spreading.

(Adds comment from lawyer and tax background in paragraphs 3, 4 and 7.)

To contact the reporter on this story:
in Montevideo at kparks8@bloomberg.net

To contact the editors responsible for this story:
at wbrandimarte@bloomberg.net

Ken Parks
Bloomberg News
Millionaires Target of Taxation in Chile, Elsewhere Amid Virus
Uruguay Preparing Tax Incentives to Spur Construction: Minister
If You Have $500,000 and 90 Days, Uruguay Might Want to Talk
© 2022 The Bureau of National Affairs, Inc.
All Rights Reserved