A federal appellate panel on Thursday said it would allow an Idaho ballot measure campaign extra time to gather signatures electronically because of the coronavirus pandemic.

The Court of Appeals for the Ninth Circuit declined to stay a trial court’s June 23 remedy providing more time to gather digital signatures—something not enshrined in Idaho law— to preserve the First Amendment rights of the initiative sponsor. But the three-judge panel said the case would proceed in August.

Grassroots advocacy group Reclaim Idaho was in the midst of collecting signatures in March for its initiative to raise taxes on higher earners and corporations to boost revenue for schools when Covid-19 hit. The group pulled signature gatherers from the streets a few days before the governor issued stay-at-home orders.

Reclaim Idaho—sponsor of a successful 2018 initiative to expand Medicaid in this overwhelmingly Republican state—was rebuffed by Gov. Brad Little (R) and Secretary of State Lawerence Denney (R) when the group asked for extra time and the ability to collect signatures online. The group sued. 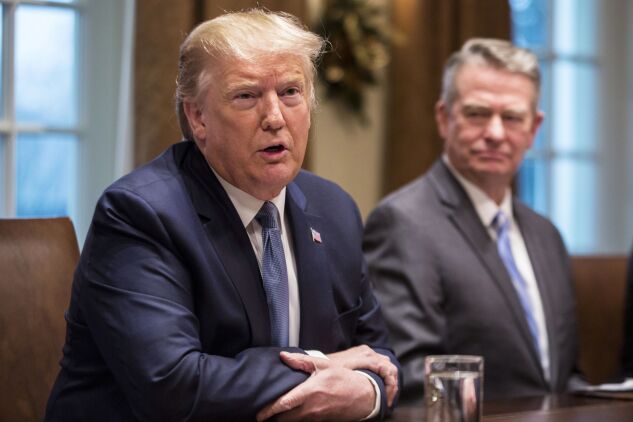 The initiative calls for boosting tax rates by three percentage points on individuals with incomes over $250,000 or married couples with incomes over $500,000, and hikes the corporate tax rate from 6.925% to 8%. An estimated $170 million in new revenue generated by the tax increases would support K-12 education in a state Reclaim Idaho’s attorney told the trial court is dead last in school funding.

U.S. District Judge B. Lynn Winmill ruled June 23 that “tens of thousands” of Idaho students could be harmed and Reclaim Idaho’s First Amendment rights impaired if he let the initiative die because it failed to meet the April 30 deadline to submit some 55,000 valid signatures.

The governor and secretary of state appealed Winmill’s ruling. Pending the outcome of the appeal, they also sought an emergency stay of Winmill’s order to either certify the initiative for the Nov. 3 ballot even though Reclaim Idaho has collected only about half the required number of signatures, or extend the deadline 48 days and allow the group to collect and certify the signatures through an online process.

In Thursday’s 2-1 order, the appellate panel denied the request for an emergency stay without comment. Judge Consuelo M. Callahan wrote in a dissent that “The district court cannot create by judicial fiat a process for electronic signature gathering that is not otherwise permitted under Idaho’s laws. That’s up to the state’s legislature.”

“This is a big deal,” Reclaim Idaho co-founder Luke Mayville wrote in a Thursday email. “The state’s request for a stay was one of their best chances to keep our K-12 funding initiative off the ballot. Now it’s off to the races for our drive to collect at least 30,000 valid electronic signatures, and we plan to launch our online petition for signature collection by Monday.”

To contact the editors responsible for this story: at tmay@bloomberglaw.com; at mmali@bloombergindustry.com