U.S. banks, facing criticism for prioritizing existing customers over new ones who are seeking coronavirus rescue loans, put the blame on federal rules meant to catch terrorists and money launderers.

The lenders, who have been getting beaten up by small businesses and lawmakers alike, have urged a little-known agency charged with monitoring suspicious financial transactions for relief from the stringent regulations. But their requests have gone unheeded for now.

The issue is just one of a number of problems that have surfaced during the rollout of the $350 billion lending program that began last week. If left unresolved it could cause a major logjam in the effort, which the Trump administration has demanded move quickly to get cash to hundreds of thousands of companies teetering on the edge of closure.

“Small businesses and policy makers should understand that a primary reason most banks will be extending these loans only to existing customers is because the anti-money laundering process is so onerous and time-consuming,” said , president of the Bank Policy Institute, a Washington-based trade group for lenders that has been working closely with the Treasury Department and SBA. “Banks large and small have urgently sought relief from these requirements from day one, to no avail.”

To underscore its point, the industry estimates that even the initial steps of processing a new borrower’s application can add as much as two hours of work. And then verifying that the customer’s information is legitimate can take a month or longer. Bankers say it’s hardly a recipe for rapidly getting rescue funds out the door.

For borrowers, there’s a risk that much of the billions -- available on a first-come, first-served basis -- will be gone by the time their requests go through. President said Tuesday that “we will be running out of money very quickly” and that he has asked Congress to add another $250 billion by the end of the week. 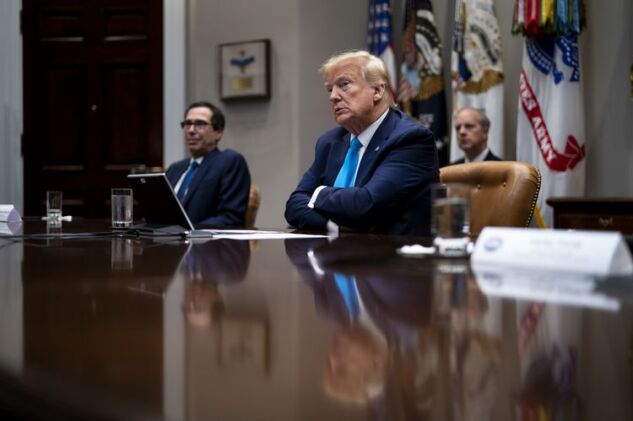 The target of banks’ ire is the , or FinCEN. Tensions between the industry and the agency aren’t new, as lenders have long lobbied Congress to roll back some of its rules, many of which were put in place after the Sept. 11, 2001, terrorist attacks. Coronavirus is giving firms a fresh opening to argue that FinCEN should be reined in.

A FinCEN spokesman pointed to a statement on the agency’s website that says it is “committed to promoting the success” of the new stimulus law, “including the need to facilitate expeditious disbursal” of funds. FinCEN plans to issue additional guidance as the law is rolled out and questions arise, the statement added.

The SBA loan program, a crucial aspect of the government’s response to the virus-fueled crisis, is still a work in progress. Treasury issued guidelines for participating banks only last Thursday, the night before they were slated to begin processing loans. That in turn caused a number of banks, including some of the biggest like , to say they couldn’t immediately participate.

One major bank that did, , drew public scorn for saying it was first processing applications from existing clients. It was even sued over the decision last week.

In a Tuesday call between Trump and bank leaders, Bank of America Chief Executive Officer said his firm is “prioritizing our work to make sure we serve the clients who have a relationship with us.”

“That is keeping us plenty busy but we’re hear to continue to support this effort,” Moynihan added. 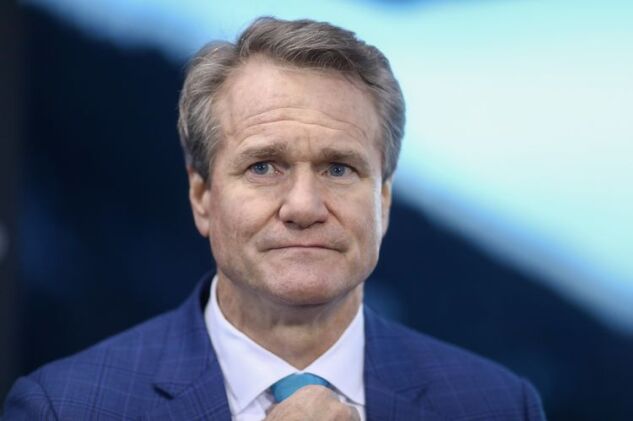 A Bank of America spokesman declined to comment on the lawsuit filed against the company. He said the lender has received some 250,000 applications seeking $40 billion, as of Tuesday evening.

Some members of Congress have also expressed frustration over who’s getting funds. Senator , a Florida Republican, has flagged reports that banks were only lending to customers who had a credit card or had previously taken out a loan. Maryland lawmakers, including Democratic Senator , urged Treasury in a Tuesday letter to insist that applicants not be required to have existing relationships with banks.

Bankers said they had repeatedly warned the Trump administration that money-laundering rules would lead to problems with the so-called Paycheck Protection Program. Still, some firms said they were surprised that FinCEN has been so unresponsive to their concerns because it resides within Treasury, which has been the epicenter of the government rescue effort. Treasury Secretary , they said, has been very willing to cut red tape and address issues lenders have had that could slow down payouts.

A Treasury spokesman didn’t respond to a request for comment.

The process is more complex for businesses. Banks must check the identity of each person who owns more than 25% of the company, as well as any person that has control of its operations. That involves getting corporate documents as well as the standard information for individuals.

The industry says obtaining these details can add between 40 minutes and 120 minutes to the application intake process. And, depending on the complexity of the business’s ownership, it can require up to 30 more days for verification.

Adding to the problems: both banks and small business customers are now working remotely because of the virus. Often, applications with smaller clients are done in person at branch offices.

To speed things up, the banks have asked FinCEN to let them collect the customer information and verify it after the loan application is processed. That would allow lenders to significantly cut the delays facing borrowers who don’t already have documents on file with a bank.

Though FinCEN hasn’t granted the request, it did provide some relief in another area. The agency issued guidance stipulating that banks providing the SBA loans don’t need to re-verify existing clients. Still, that doesn’t help with new customers.

Though analysts say there could be a significant amount of fraud in the SBA lending program, especially since banks aren’t required to vet a borrowers’ small business credentials, few think the loans will used to finance terrorism -- a prime target of FinCen’s rules.

Aaron Klein, a fellow at the in Washington who worked at Treasury in the aftermath of the 2008 financial crisis, said well-intentioned regulations shouldn’t stand in the way of companies getting cash quickly.

“Delaying emergency relief to America’s small businesses in order to check for money laundering is counter to the spirit of the law and the well being of the nation,” he said.

To contact the editor responsible for this story:
at jwestbrook1@bloomberg.net