For decades, the U.S. has required banks to steer a portion of their money to people in poor neighborhoods. Now, under proposed rule changes, banks may finance upgrades to sports stadiums, call it helping the poor -- and potentially even get a generous tax break.

That scenario might seem oddly specific, but it’s what two regulators appointed by President said last week they may allow as they undertake the most significant rewrite of the Community Reinvestment Act in a quarter-century. The agencies drafted a long list of hypothetical ways banks could seek to meet their obligations, including this sentence on page 100 of their proposal:

“Investment in a qualified opportunity fund, established to finance improvements to an athletic stadium in an opportunity zone that is also an LMI census tract.” (LMI refers to low- or moderate-income.)

There are well over a dozen NFL venues nestled in so-called opportunity zones. They include M&T Bank Stadium in Baltimore, home of the National Football League’s Ravens, which this year completed $120 million in such as a new sound system. In Denver, there’s Empower Field at Mile High, where the Broncos play. And in Las Vegas, a new stadium is being built for the Raiders. There also are facilities for professional baseball, basketball, soccer and hockey teams in the zones. 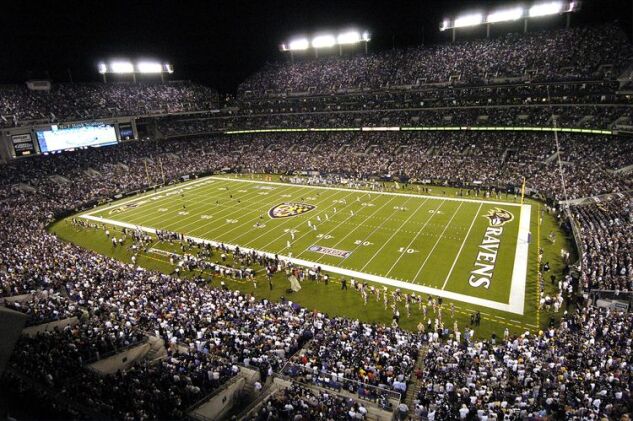 A spokesman for one of the agencies, the Federal Deposit Insurance Corp., declined to comment on any of the examples it listed while the proposal is open for public comment. Officials at the agency said such scenarios typically stem from their experience in tracking compliance with the reinvestment act and that they are eager to receive public feedback on what to allow in the final rule.

A spokesman for the other regulator, the Office of the Comptroller of the Currency, echoed that sentiment: “We encourage comment on any and all aspects of the proposed rule,” said . “The proposed list of activities related to opportunity zones are intended to encourage economic growth and jobs in low- and moderate-income areas.”

The Treasury Department last year designated about 8,700 opportunity zones across the country as part of Trump’s signature tax overhaul. Most of the tracts are low-income areas. Investors who undertake real estate projects or expand businesses there can delay and cut tax payments on capital gains. But the decision to include land surrounding so many sports stadiums quickly proved controversial, with critics worrying investors might be rewarded for building up arenas.

Last month, Senator introduced legislation that would give the public more information on what projects claim opportunity zone tax breaks and prevent stadiums and luxury apartments from receiving them. “There are no safeguards to ensure taxpayers are not simply subsidizing handouts for billionaires with no benefit to the low-income communities this program was supposed to help,” the Oregon Democrat said in a statement at the time.

The Community Reinvestment Act, enacted in 1977, ensures banks don’t ignore people in lower-income areas where loans are often harder to come by. Authorities tally how much support banks provide to the poor when considering whether to let lenders add branches or take over rivals. The FDIC and OCC say they want to modernize the act for the online era, letting banks get credit for helping struggling communities outside branch networks and giving firms more clarity on what kinds of projects count. On Thursday, the agencies published an “illustrative list” of potential qualifying activities.

A draft list includes several examples of opportunity zone projects that would rejuvenate commercial or industrial sites without displacing nearby residents -- such as granting banks credit if they support art centers in vacant buildings, the rehabilitation of medical centers or the installation of new factories. Yet the proposed credit for financing “improvements” to stadiums soon raised eyebrows among policy wonks. That may put pressure on regulators to clarify whether banks really can satisfy CRA obligations by, say, funding a 200-foot video screen.

The Federal Reserve has so far refused to embrace the OCC and FDIC’s proposal. That raises the prospect that some institutions under jurisdiction of the Fed -- which oversees about 15% of CRA activity -- may operate under narrower rules.

Steve Glickman, who helped design and promote the tax breaks when he led the Economic Innovation Group and now consults with investors looking to tap them, found the regulators’ reference to stadiums “weird.” Still, he said, the package of rules is broadly helpful because it will encourage banks to invest in opportunity zones, many of which need the support.

“Banks take CRA really seriously,” he said. “They’ll have to be engaged.”

To contact the reporters on this story:
in Seattle at nbuhayar@bloomberg.net;
in Washington at jhamilton33@bloomberg.net