The vlogger on WeedTube seemed to capture the moment. The woman, who posts as @indicawife, told viewers last month that she’d spent some of her $1,200 at the local cannabis dispensary. 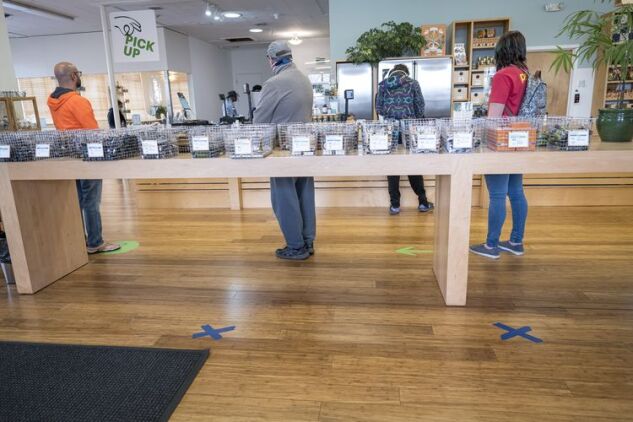 There’s a lot to be depressed about as a lethal virus spreads, leaving economic devastation and political division in its wake. But these difficult days haven’t been awful for the up-and-down cannabis industry.

With nine in 10 Americans approving of either medicinal or recreational use, more than 20 states deeming medical or recreational sales “essential” businesses during the pandemic shutdown, and Americans using more weed than usual while they’re quarantined, advocates say the crisis will push the federal government to follow the lead of 33 states and legalize cannabis faster than it would have.

The has changed the landscape, they say. Governments, revenue-poor after months of lockdown, have an impetus to tap a marijuana tax and expand employment opportunities. Ben Kovler, of , compared the situation with the end of Prohibition during the Great Depression.

“This is Prohibition 2.0,” said Kovler, the Chicago-based cannabis company’s chief executive officer. “It’s a time of uncertainty and high stress on the consumer side, and on the government side, there are economic issues.”

The virus altered the trajectory of , too. They were languishing near record lows when stay-at-home orders began. In just the last two months, shares are up 66%. 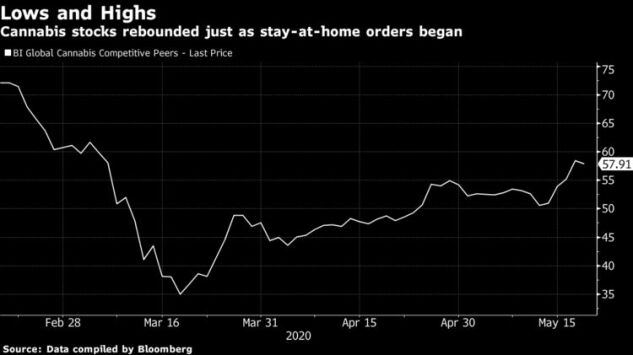 Americans spent $12.4 billion on legal recreational and medical cannabis in 2019, according to Arcview Market Research and BDS Analytics, a number that is expected to climb to $16.3 billion this year, a 31% increase.

States’ revenue from marijuana has varied greatly, according to the Tax Policy Center, and governments have been wary of taxing too much and driving consumers to the black market.

In Nevada, Colorado and Washington, pot taxes have brought in roughly 1% of each state’s own-source general revenue, while Alaska and Oregon reported levels of less than 1%. California has taken in about $1 billion during the first two years of legalization there. In January, Illinois reported $10 million in revenue from recreational cannabis.

As for employment, Chairman Boris Jordan said federal legalization would increase jobs in the industry from about 250,000 today to 1 million overnight.

Despite warnings that smoking can make people susceptible to more severe Covid-19, Americans have been baking longer and harder during these difficult times.

“When you’re quarantining along with your children, you need a break,” said Bethany Gomez, a managing director at Brightfield Group, which tracks social-media posts to analyze cannabis trends. “We have a whole persona of micro-dosing mamas. They need cannabis to get through it.”

A lot of the increase has come from regular users, especially millennials, Brightfield’s data show. Among people who’ve used cannabis in the last year, 34% said in late March that they’re using it more frequently, and 16% say they’re using higher doses or doing longer sessions. For millennials, those numbers are higher: 41% use more frequently, and 20% use higher doses.

“You would think in the midst of a global respiratory pandemic, inhalables would decline, but it’s only a small percent of customers shifting their behavior,” Gomez said. She attributes that to the fact that flower, the natural form of cannabis, is often more economical and that for frequent users, ritual is important. Brightfield’s survey found 7% were using fewer inhalables and 11% were using more edibles.

The industry was already ramping up a range of next-generation products, and at this month’s virtual Canaccord Genuity Group conference, some companies said they anticipate more edible products.

Curaleaf, which operates 57 dispensaries in 17 states, said it has seen new interest in lozenges, tinctures and gummies. , a Canada-based maker of products including pods for vaping, said it has a line of chocolates, and that it’s invested heavily because edibles are “highly desirable” right now.

Not all the increase in sales is for recreational use. Curaleaf said it’s also witnessed an increase in patients and older clientele.

“A lot of the users coming into the sector now are people who never used before,” said Curaleaf’s Jordan. Many of them are over 60 “and asking for pain relief, sleep aids, anxiety relief -- and it’s mostly not smokable.”

Susanna Short, a public-policy associate for iAnthus Capital Management Inc., which advises state-licensed operators, said she’s seen a similar trend. In ’s medical marijuana program, she said enrollment almost doubled after the pandemic began, with 4,200 people signing up between March 9 and April 8. About 2,000 of them cited anxiety as the reason.

“Think about where cannabis was a few years ago -- illegal,” said , Curaleaf’s senior vice president of retail. “And now we’re essential.”

There’s one big snag in advocates’ plans for legalization, said Graham Boyd, founder of the New Approach Political Action Committee, which has run most of the ballot initiatives in states. Signatures on petitions are needed to get the issue in front of voters -- a tricky proposition in a time of social distancing.

“I believe the real driving force for ending prohibition will be changing state law in another 10 states or so,” Boyd said. “Ballot initiatives are the only way that’s happened so far.”

On WeedTube, a YouTube alternative where people post videos of themselves getting high, @indicawife mused about what she’d do with the rest of her $1,200 stimulus check.

To contact the reporter on this story:
in New York at tkary@bloomberg.net

To contact the editors responsible for this story:
at acronin14@bloomberg.net