State and local governments are eliminating jobs as they brace for the financial impacts of the coronavirus, offering a potential early glimpse of the steps they may have to take as the unprecedented shutdown of local economies devastates tax collections.

The swift action stands in contrast to the approach during the last recession, showing the severity of the revenue losses that some governments expect as businesses are shuttered, millions of workers are idled and tourism grinds to a halt. The shift from a record-setting expansion to a deep contraction in a matter of weeks has caused surpluses to turn into deficits and left mayors and governors racing to gauge the impact, even with Congress discussing a fresh round of stimulus spending that may pump into local infrastructure projects. 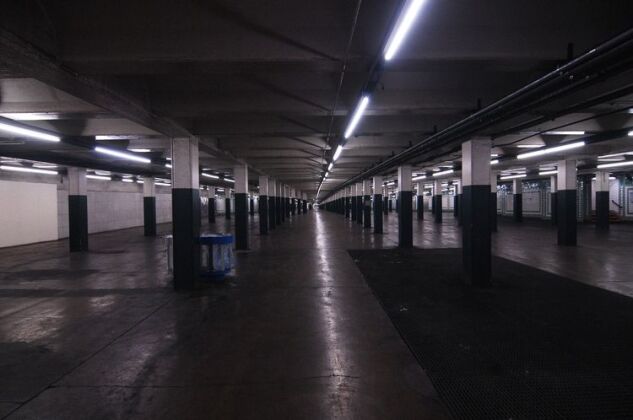 The economic slowdown is hitting virtually every major source of government revenue, from sales and income taxes to those drawn from casinos or hotels. Moody’s Analytics has advised states to expect a drop of at least 10% in their general fund budgets. That would amount to almost $100 billion, based on the National Association of State Budget Officers figures.

This week, Cincinnati, Ohio, decided to furlough as many as 1,700 workers after revised budget estimates projected a $27.5 million deficit, a stark reversal from the previous estimate of a $24 million surplus. Mayor fought back tears as he announced the decision.

Pennsylvania laid off 2,500 seasonal, temporary and part-time employees, along with interns, due to the “unprecedented impact” of the virus. Wichita, Kansas, has implemented a hiring freeze and a furlough that will affect roughly 300 employees, according to the city.

Akron, Ohio, also furloughed 600 of its 1,800 workers, until further notice. A special park district in Beaverton, Oregon, laid off 792 part-time and seasonal workers as well, or nearly 80% of the staff, with recreational facilities expected to remain closed because of the virus.

The impact is small compared with the business cutbacks that caused 6.65 million Americans to file for unemployment benefits last week alone, and it has excluded public safety workers like police and firefighters. But even the initial moves show a more aggressive approach than during the last recession, when states and cities held their payrolls steady until well after the contraction had gotten underway. Eventually, they cut more than 700,000 jobs, according to U.S. Labor Department figures, exerting a drag on the recovery.

While the more than $2 trillion federal stimulus package will provide relief for the costs governments face in responding to the virus, it won’t cover budgetary gaps caused by reduced revenue. The bill includes a $150 billion coronavirus fund for states and municipalities.

But there may be another round of help coming from Washington. House Speaker Nancy Pelosi has it should provide a boost for state and local governments and spend significantly on local construction projects.

“There’s got to be a phase four as far as we’re concerned,” , president of the American Federation of State, County and Municipal Employees, a labor union, said on a media conference call. 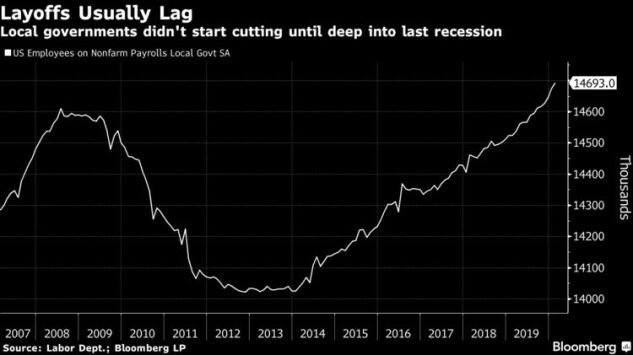 Protecting the jobs of government employees would prevent budget cuts from worsening the economic downtown. There’s currently about 20 million workers on state and local government payrolls, accounting for about 13% of the workforce, according to the Labor Department.

“State and local governments still haven’t recovered fully from the last recession in terms of employment,” said Tracy Gordon, a senior fellow with the Urban-Brookings Tax Policy Center. “They were a drag on the national economy for a while because of both job losses and declines in investment.”