State revenue agencies plan to take a deep dive into the tax treatment of digitally delivered goods and services in 2022, increasingly frustrated by the way some e-commerce businesses characterize such transactions.

The Streamlined Sales Tax Governing Board, which operates a sales tax harmony pact across 24 states, has already drafted a recommendation addressing these issues, but additional debate is coming next year. The board will emphasize the legal duties of sellers to collect complete information to properly source transactions—up to and including specific street addresses and nine-digit ZIP codes, even when physical delivery is unnecessary.

“From my perspective, complying with the tax laws involves maintaining complete records, even if you didn’t need the information to complete the transaction,” said Craig Johnson, executive director of the governing board. “So to prove where a transaction is sourced, you need to get the full address.”

The Multistate Tax Commission, an intergovernmental agency that strives for consistency in state tax policy, is tackling a broad digital goods and services uniformity project that will also focus on sourcing issues. The commission hopes to develop a white paper by April describing standards for the application of state sales tax regimes to digital goods and services, said commission general counsel Nancy Prosser during a recent tax forum at New York University School of Law. 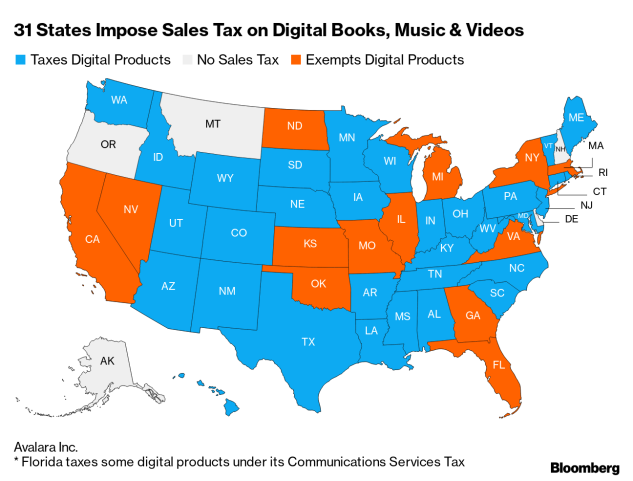 A Work in Progress

The streamlined governing board, which administers the Streamlined Sales and Use Tax Agreement (SSUTA), recently formed a workgroup to study digital sourcing problems. Critical questions for the workgroup include the minimum information required to properly source each transaction, and options for liability relief in cases where sellers collect incomplete information and the wrong tax is remitted.

In many cases, sellers collect just a five-digit ZIP code to process credit card payments, Johnson said. A single ZIP code, however, can include multiple taxing jurisdictions, raising questions about the proper tax rate for the transaction. While sellers can request a full street address and a nine-digit ZIP code, many don’t. In addition, consumers may decline to offer full address information as a matter of personal privacy.

The SSUTA currently requires states that permit local sales tax levies to maintain databases that assign the proper tax rates for each jurisdiction within both five digit and nine-digit ZIP codes. Still, a retailer could have a hard time determining the proper tax jurisdiction and tax rate. Sellers are permitted to apply the lowest combined rate imposed in the ZIP code under the SSUTA, but only “after exercising due diligence to determine the designation.” Proper due diligence, however, was never defined, Johnson said.

The governing board offered some guidance to sellers under an amendment to the SSUTA that was approved Dec. 21, said Alison Jares, chief of the work group and deputy director of the South Dakota Department of Revenue.

The amendment allows sellers to fulfill their due diligence duties for determining the proper local sales tax rate and jurisdiction by using one of several software solutions. The amendment specifies that sellers can use the look-up application from the U.S. Postal Service database, certified software from the Coding Accuracy Support System, or “other software approved by the governing board.” Sellers using these protocols would achieve relief from liability for incorrect tax collections.

Following approval of the amendment, the workgroup will take on additional digital sourcing matters in 2022, Johnson said.

The group has recommended a shift in policy that would require sellers to calculate and collect tax at the highest combined state and local rate in a five-digit ZIP code in cases where they failed to obtain a complete street address or nine-digit ZIP code. If a seller fails to collect taxes at the highest rate, it “may be held liable for that tax upon audit by the state,” the workgroup recommended.

Fred Nicely, senior counsel for the business-focused Council on State Taxation, expressed hesitancy about a blanket rule that leans on sellers to collect the highest local rate in response to patterns of incomplete information. He pointed to potential conflicts with the federal Internet Tax Freedom Act, which prohibits the states from imposing discriminatory taxes on e-commerce.

“So if you’re saying digital products are going to have a higher tax rate versus other products, that would raise the question of violating federal law,” said Nicely, who has been consulting with the workgroup.

No action has been taken on the recommendation, but it could manifest as a new sourcing rule applied across the 24 streamlined states. Similarly, the MTC’s white paper report could be adapted into a model law or regulation for consideration by the states.

In both cases, the states are likely to place additional demands on sellers to collect full address and ZIP code information on all transactions for digitally delivered goods, said Scott Peterson, vice president of U.S. tax policy at the tax software company Avalara Inc. and a former director of the streamlined governing board. The states will lean on their existing requirements for complete books and records, he added.

“My view generally is that the states are always going to win,” he said. “There are a fair number of states saying they have the legal right to make retailers collect the address.”