The dome of the U.S. Capitol is seen on Aug. 24, 2017.
Photographer: Mandel Ngan/AFP/Getty Images

President-elect ’s big-spending blueprint for a U.S. economy still battling the pandemic is set to meet pushback from Congress, where his party failed to win sweeping control.

Biden is poised to enter office in January after campaigning for trillions of dollars in additional fiscal stimulus to battle the economic fallout from Covid-19. There are still fewer jobs than in February and the economy is about 3.5% smaller than before the crisis. 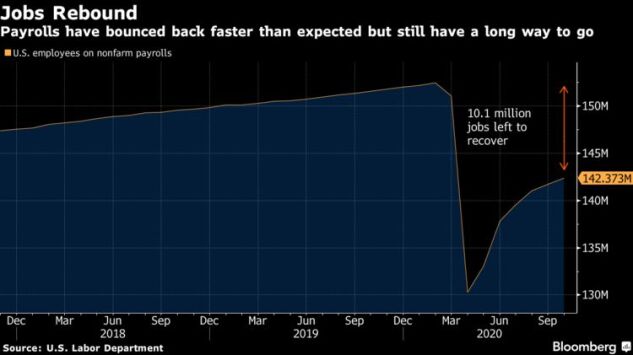 He’s vowed to extend enhanced unemployment benefits, which could provide an immediate boost to demand from those most likely to spend. He also wants to invest in infrastructure, green energy and childcare, which he argues will increase hiring and help economic growth in the long term, too.

But Biden’s agenda risks running into immediate skepticism from the new Congress, where control may hinge on in Georgia. Lawmakers on the right could seek to stall or limit the scope of Biden’s plans just as they did when he was vice president under President Barack Obama, likely balking at running up debt even further and raising taxes on companies.

Moody’s forecasts that there won’t be additional stimulus from Congress until after Biden is inaugurated, he said. said the combination of a Biden win and divided Congress could mean direct fiscal support of $500 billion to $750 billion at most, meaning growth of 3% in 2021, rather than the 3.5% possible with $1 trillion of aid.

The biggest threat to the recovery, though, isn’t one that Biden can easily control through fiscal policy. It’s containing the virus as U.S. cases climb to new daily highs and countries including France, Germany and England resume lockdowns.

Biden has said he’s willing to shut down parts of the economy as warranted to stop the spread, which would risk depressing growth. But he also supports more funding to reopen schools safely, which would free up parents for work.

To fund Biden’s proposals, the administration would be adding to the national debt while taking advantage of historically low interest rates. Biden spent decades in government warning about the dangers of budget deficits. But as president he’ll take over one of the biggest in U.S. history, and has signaled he’s in no rush to pare it back. 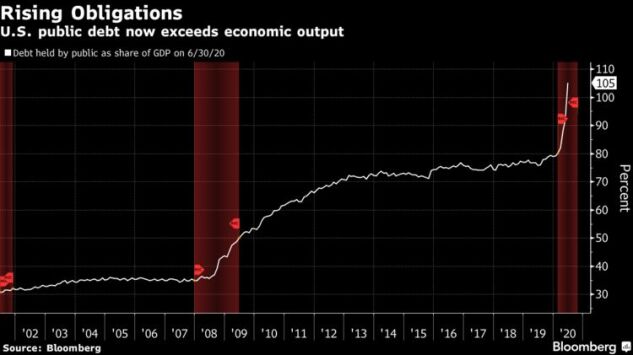 Biden has proposed raising corporate taxes to 28% from 21%, increasing income taxes for those earning more than $400,000 and taxing capital-gains earnings the same as regular income for top earners. A split Congress, though, would create high hurdles to such moves.

The campaign has outlined a $3.5 trillion to fund his key goals:

Biden’s White House team of economic advisers could include economists , and , who have helped craft his economic platform during the campaign. They’ve argued that more fiscal stimulus is needed, and have done research and work on policies to fight economic inequality.

Overall, the economy has bounced back as restaurants, stores and businesses reopened. But activity remains depressed and the rebound has been uneven -- leaving lower-wage workers, women and people of color to bear the brunt of it.

While some more aid may still be possible in coming months, Congress has already been deadlocked on the issue and a very large stimulus appears less likely after the election results.

That could put the onus on Fed Chair and his colleagues to consider further ways of easing after cutting interest rates to near zero. Powell on Thursday to a possible shift in the central bank’s bond purchases in coming months, saying that more fiscal and monetary support are needed as rising Covid-19 infections cloud the outlook.

The fluctuated in recent weeks with rising virus cases, uncertainty around further aid for the economy and the election. It reached new highs amid the pandemic, bolstered by stimulus and Fed policy.

Internationally, Biden’s approach to trade will likely be less heated than Trump’s.

It’s unclear whether his administration will leave in place billions of dollars in tariffs against Chinese imports. His campaign said he would seek to build a multilateral case for Beijing to change its practices from trade to human rights while his predecessor tended to act alone.

Biden is keen to reset trade relations with allies such as the European Union after Trump’s duties and hard-line stance disrupted supply chains and increased costs for many U.S. businesses.

On immigration, Biden has signaled his administration would roll back visa restrictions, arguing that sectors of the economy rely on contributions from newcomers. Powell has told lawmakers that immigration is a “key input” to the size of the labor force and to higher rates of growth.

To contact the reporters on this story:
in New York at orockeman1@bloomberg.net;
in Washington at jleonard67@bloomberg.net