President ’s plan to raise $700 billion over a decade from increased tax audits of the wealthy and corporations -- a major funding source for his economic-investment proposals -- will probably take years to bear fruit and faces skepticism that the figure is realistic.

The Biden administration has a more than 10% funding increase for the Internal Revenue Service for the next fiscal year and an overall investment of $80 billion over the next 10 years to beef up the agency’s depleted auditing staff and outdated technology. Biden’s American Families Plan, released last week, highlighted the audit take as a principal way to pay for $1.8 trillion in initiatives including child care and education.

But some former IRS officials said it will take several years to produce significant results, especially after accounting for the time it takes to hire and train new employees and to complete audits of highly complex returns. Moreover, such audits are prone to appeals and litigation that could tie up any payments for additional years, and past efforts to recoup unpaid taxes have returned a tiny fraction of what Biden envisions. 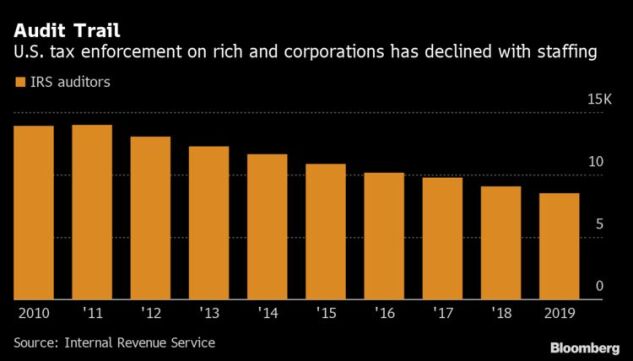 “It will take some considerable period of time, even if IRS gets that funding, to actually show material results or returns on that investment,” said former IRS Chief Counsel . Desmond left the agency at the beginning of this year and has joined Gibson, Dunn & Crutcher LLP.

A person familiar with the administration’s plans said the $700 billion projection does reflect that the IRS will need several years to ramp up and that the highest revenue-raising years will be toward the end of the 10-year timeframe. The administration predicts some of the biggest gains will come in the following decade, raising as much as $1.7 trillion to $1.8 trillion during that period, the person said.

The person, who asked to remain anonymous in order to speak freely about the administration’s plans, said the predictions are conservative because they don’t factor in gains from better IT and the overall deterrence effect of increased enforcement.

She noted the IRS’s offshore voluntary disclosure program that ran from 2009 to 2018 raised a total of $11.1 billion, or averaging just over $1 billion a year. The program, which came at the height of the Swiss bank crackdown, allowed taxpayers with undisclosed foreign assets to come clean and pay the taxes and penalties they owed in exchange for avoiding criminal prosecution.

A University of Pennsylvania report released Wednesday estimates $480 billion in revenue over a decade from the Biden administration’s proposed enforcement effort.

Over the last decade, the IRS budget has fallen by about 20% after accounting for inflation, according to the Treasury Department. That has cost the agency more than 17,000 enforcement employees since 2010, with the number of auditors focused on high-end evasion and large corporate cases falling by 35%, the department said.

Some of the increased funding the Biden administration has proposed would go toward hiring and training people to fill in those gaps. 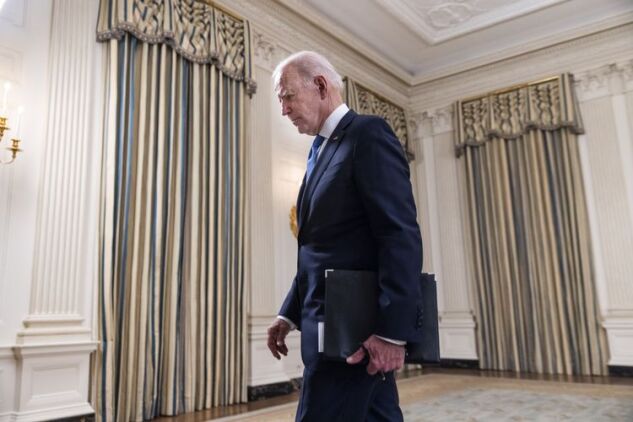 An auditor must be trained and on the job for at least two to three years in order to have the experience and expertise to audit complex returns, according to an IRS spokesman.

To immediately start increasing high-end audits, the IRS could move already-skilled auditors working on smaller cases to those more difficult returns, said , a former deputy IRS commissioner for services and enforcement. But it’s important not to just focus attention on one specific area, because compliance in other places could slip, he said.

To recruit skilled talent the IRS will have to compete with the private sector. Faster recruitment and offering salaries above the normal pay scale for federal employees would help but would require Congress’s approval, said Olson, now executive director of the Center for Taxpayer Rights. The IRS already has this ability for IT positions.

The individuals and corporations the Biden administration is targeting are those with the resources to prolong the enforcement process. They’re also among the most complex returns.

Facebook Inc., for instance, is the IRS in court over a tax bill initially dating back to 2010 that could end up costing the social media giant more than $9 billion.

The IRS generally has three years from the date a tax return is due or filed to audit the return and charge additional tax, penalties, and interest. That can get pushed to six years if the taxpayer has a large amount of unreported income, and there’s no time limit if a taxpayer never filed a return or committed fraud.

For complex audits, which regularly involve several tax years at once, the IRS and taxpayers will often agree to extend beyond those time constraints. It’s not unusual for the process to drag on for several years after that, former officials said. After the audit has concluded taxpayers can challenge the IRS’s position in the agency’s internal appeals process or in court.

“Litigation can go another five-plus years beyond that easily,” Desmond said.