President ’s $1.9 trillion package is poised to sail through the House when it takes up the bill as soon as Tuesday, according to Democratic lawmakers and aides, even after proposals progressives championed were scaled back.

The Senate’s changes to the House-passed bill, made to appease moderates and comply with parliamentary rules, included dropping a proposed minimum wage increase but are unlikely to prove enough to make progressive Democrats vote against it.

House Speaker can only afford to have four Democrats oppose a bill for it to pass, if all members are voting and Republicans are lined up in opposition, given her party’s thin majority. Two Democrats joined a united GOP in voting against the initial version of the stimulus.

Pelosi on Sunday predicted the bill will pass.

“In two days, the House will have a resounding, hopefully bipartisan, vote for justice,” Pelosi said in a letter to her caucus on Sunday. “We can then send it to the president and move quickly to distribute its life-saving resources.”

The timeline for the final vote on the bill in the House could potentially slip to Wednesday, due purely to logistics, according to a Democratic aide. The Senate as of midday Monday had yet to send its paperwork over to the other chamber, the aide said.

Other senior lawmakers agreed with Pelosi that the bill will pass.

“I don’t think there is any trouble. What Democrat is going to vote against a bill that cuts poverty by a third, expands child tax credits and SNAP, gives $1,400 to 80% of their constituents?” said Budget Chairman , a chief architect of the American Rescue Plan bill. SNAP refers to a federal food-assistance program. 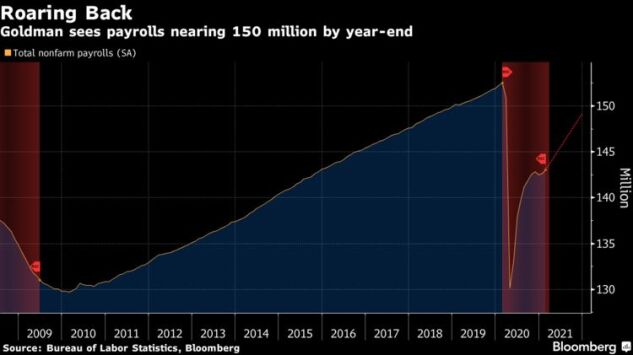 With Biden now cruising to his first legislative victory less than two months after proposing his relief bill, economists have baked its effects into their forecasts for a stronger recovery in 2021.

economists see the unemployment rate to 4.1% by year-end, from 6.2% in February. They see employment climbing by more than 6 million for 2021, making up much of the 9.4 million plunge in payrolls last year.

“Growth will be rip-roaring during the coming year,” Moody’s Analytics chief economist wrote Sunday, citing additional fiscal stimulus, the end of the pandemic and consumers emerging from lockdown.

The outsize stimulus has propelled a surge in bond yields, with 10-year rates punching through to the highest levels in more than a year last week.

Democratic aides said the looming March 14 expiration of enhanced unemployment benefits makes for a strong disincentive for any rank-and-file members to try to force a renegotiation with the Senate. That could risk missing the deadline, with assistance lapsing.

Progressives who had expressed concern about any changes in the Senate so far are holding their fire, with the Congressional Progressive Caucus issuing a statement calling the upper chamber’s changes “minor.”

The Sunrise Movement, a group devoted to fighting climate change, criticized the exclusion of the minimum wage increase -- a priority for progressives -- while still saying the package could eventually become comparable to New Deal programs driven by former President .

“The passing of this stimulus package is historic. It is a big shift from 2009 and shows that Biden has the potential to be an FDR President,” said Ellen Sciales, spokesperson for group. “However, it’s an embarrassment that Democrats in full control of Congress and the White House couldn’t pass a $15 minimum wage they promised.”

The Senate reduced weekly supplemental unemployment benefit to $300 per week through Sept. 6, compared with $400 through August in the House bill. The new version also now lets individuals earning up to $150,000 to collect $10,200 in benefits tax free. 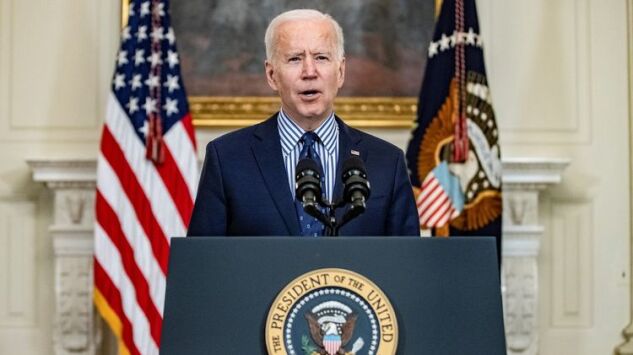 While the ceiling for zeroing out stimulus checks was lowered to $80,000 from $100,000 by the Senate, the bill now made student-loan relief tax-free. A progressive attempt to add a phased-in $15 minimum wage to the package failed when eight senators in the Democratic caucus voted Friday against waiving budget rules to allow it in the bill.

Marathon negotiations Friday night showcased the delicate balance of power in the Senate, and the sway of moderates. Senate Majority Leader contended with a move by West Virginia Democrat to back a GOP proposal to phase out the enhanced jobless benefits by mid-July.

With Schumer arguing that such a change could cause trouble in the House, Manchin ultimately compromised, and backed the deal to keep aid going until September.

Although most House Democrats have applauded the bill’s progressive elements, even with the Senate changes, there is still a chance for defections. A spokesman for New Jersey Representative said she is still undecided on whether to support the bill.

“I didn’t think that, when we were going to be fighting for working people, we’d be fighting with our own party,” Watson Coleman said in a statement.

Progressive Democrats are already turning their attention to getting their proposals in a second budget reconciliation bill -- which allows for Senate approval by a simple majority, rather than the usual 60 votes to cut off debate. Congress is expected to take up the next reconciliation bill before the August recess.

The White House is already engaged in crafting a “Build Back Better” package that is expected include both infrastructure investments and progressive priorities like funding for child and elder care.

“There’s still work to be done, but this is a crucial down-payment on the $3-to-$4.5 trillion in stimulus needed to fully recover,” Congressional Progressive Caucus Chair tweeted after the Senate passed the bill.

(Updates with potential of vote slipping to Wednesday, in sixth paragraph.)