New York fund manager got an unsolicited email offer a few months ago that sounded too good to be true -- join other investors to buy 276 acres of land in Mississippi, promise never to develop it, and get whopping tax deductions of as much as five times the amount invested.

The pitch was for what’s known as a syndicated conservation easement, a land deal that the Internal Revenue Service says is often an abusive tax shelter. The offer came from a family office with a website touting partnerships with Middle East wealth funds. As an added enticement, the salesman offered Beer options to insure against the risk of IRS audits and investor-liability lawsuits.

While no one has alleged anything improper with the Mississippi deal, Beer rejected it as “economically absurd.” Still, plenty of others have said “yes” to similar ones marketed across the U.S. by large networks of brokers, financial advisers, accountants and lawyers.

For some wealthy investors, expanded government crackdowns on those land deals are creating financial and legal headaches. IRS Commissioner told a Senate panel last month that 28,000 taxpayers are under examination, and the agency has challenged $21 billion in tax deductions claimed for syndicated conservation easement investments from 2016 through 2018. Some investors may owe millions of dollars in back taxes, as well as substantial penalties. 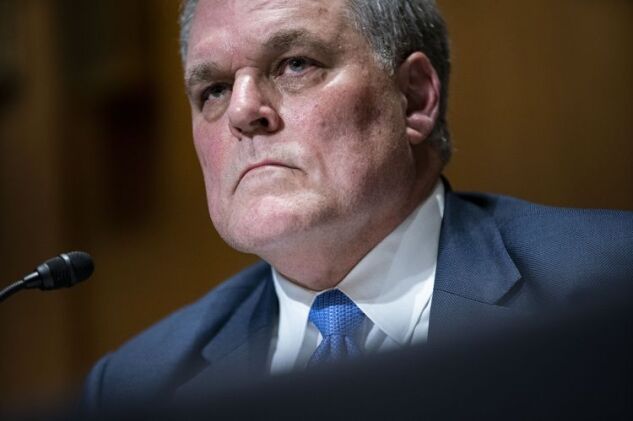 One investor who requested anonymity said he put money in at least 10 deals with a promoter who sold them as a way to generate tax deductions rather than as development projects. Now, the IRS is examining those deals, said the investor, and he has answered detailed questions from criminal investigators about the promoters. The investor’s accountant has warned he may now face $8 million in back taxes and penalties if the deals are disallowed by the IRS.

The industry selling syndicated conservation easements is “facing a ticking time bomb and potentially billions of dollars in exposure through arbitrations and lawsuits,” said Kalju Nekvasil, an attorney in St. Petersburg, Florida, who is handling about 30 claims by investors against promoters and brokers.

Syndicated conservation easements aren’t typically sold by big banks like or . Instead, they’re mostly promoted by brokers who run their own practices and are registered with little-known securities firms. They work with people outside the securities industry -- such as accountants, lawyers and tax preparers -- to woo doctors, entrepreneurs and other rich individuals to buy into partnerships that seek to exploit tax benefits from land conservation.

The Mississippi deal offered to Beer was the brainchild of “a brilliant CPA and tax expert” named Wesley Hudson and his Atlanta-based Otemanu Group, according to the email pitch from the family office RD Heritage Group. Hudson didn’t respond to requests for comment and RD Heritage declined to comment.

One securities firm that was paid for work on an Otemanu offering was Whitehall-Parker Securities, which was censured earlier this year in a disciplinary action unrelated to syndicated conservation easements, records show.

Whitehall-Parker President Robert Yuloo defended the easement deals his brokers sold. In an interview, he said they’re marketed only to accredited investors “looking for alternative ways to cut taxes” and who all sign documents saying they understand the investments are highly speculative. “The leverage the IRS affords taxpayers is written in black and white,” Yuloo said. “Some CPAs are more aggressive than others. My CPA said, ‘If you’re not getting audited, you’re not trying hard enough.’”

Tax breaks aren’t unusual for conservation easements donated to land trusts or governments. Congress created the incentive in 1980 for owners who pledge to never develop their properties, which has led to preservation of more than 30 million acres. President has made environmental preservation a priority, even as he seeks to boost IRS enforcement. Promoters of the syndicated deals say their valuations are legitimate and that the IRS is unfairly targeting them.

The IRS is escalating prosecutions, civil suits and audits of deals sold as partnerships to multiple investors. The agency said some promoters are cheating by inflating what the land would be worth if developed -- and thereby any tax benefits. Just last month, the IRS cited syndicated conservation easements as a prime target of a new office that will clamp down on promoters of abusive tax schemes.

The crackdown involves “many hundreds of employees from lawyers down through agents,” Rettig told the Senate panel last month.

In 2018, the most recent year for which data is available, 16,900 people invested in syndicated conservation easements, claiming $9.2 billion in tax deductions, the IRS estimates. A preliminary review of 2019 transactions suggests they “continued at a similar rate,” said Nikole Flax, who was promoted by Rettig last month to commissioner of the agency’s Large Business & International Division. The increased enforcement means “auditing every single new transaction, including all of 2019, until we see that the abuse has stopped,” Flax said.

The Financial Industry Regulatory Authority, or Finra, warned in 2018 that some broker-dealers it oversees were conducting inadequate due diligence of syndicated conservation easement offerings. The lapses included failures to investigate red flags -- such as the “significant risk” that the IRS would disallow tax deductions and question land appraisals underpinning them, Finra said. The regulator declined to comment for this story.

The U.S. Securities and Exchange Commission didn’t return a request for comment.

Peabody told the dentist that David Mirolli, a broker whose registrations include Kalos Capital, would contact him. Since early 2020, Kalos has agreed to pay $345,000 to settle two disputes involving Mirolli’s customers, Finra records show. It wasn’t clear if those disputes were related to Peabody or to syndicated conservation easements.

The attraction of syndicated conservation easements is simple for promoters: money. According to a Senate Committee on Finance report last year, promoters set aside as much as 12% of cash from investors to compensate those who help sell the deals, and they often retain far more for themselves. In some cases, that means less than half of what investors pay may go into acquiring land and other direct costs. The report also said the investments are mostly marketed as tax-cutting vehicles.

One example is a proposed development in North Myrtle Beach, South Carolina, known as Ocean Grove Resort. Promoter EcoVest Capital Inc. raised $18 million from 193 investors for a deal involving property purchased for $5 million. Investors overwhelmingly voted to donate an easement rather than develop the land into 1,660 multi-family units. An appraisal set the value of the easement, allowing investors to claim $80.6 million of deductions from their taxable income, which reduced their tax bills by $30.2 million and generated a deal fee for EcoVest of $2 million, according to the Senate report. 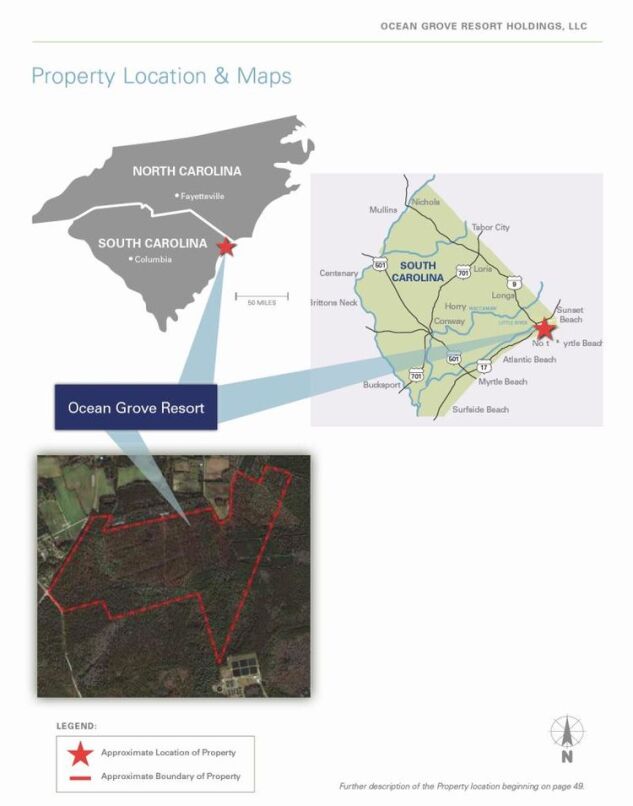 In 2018, the Justice Department sued EcoVest, four promoters and an appraiser, later claiming they created $3 billion in tax deductions through 138 syndicated easements. Those deals amounted to a “thinly veiled sale of grossly overvalued federal tax deductions under the guise of investing in a partnership,” according to the government. The U.S. seeks to bar EcoVest and the others from organizing and promoting partnerships that syndicate investors in conservation easements. One promoter has .

EcoVest declined to comment for this story. But in a Dec. 21 court filing, the company said it “has helped to preserve in perpetuity nearly 20,000 acres of undeveloped property, including forests, meadows, wetlands, streams, and coastal plains.” EcoVest said it complies with all of its legal obligations and “undertakes rigorous processes to ensure its projects, and the independent qualified appraisals of the value of conservation easements, are valid and lawful.”

In 2015, EcoVest turned to a newly established Triloma Securities to act as the managing broker-dealer. Triloma recruited 37 other broker-dealers to create a national network that included more than 200 “front-line sellers” of EcoVest conservation easement syndicates, according to the Justice Department. In three years through 2017, the Triloma-authorized sellers raised $413.7 million for EcoVest conservation easement syndicates, the government said.

EcoVest created private placement memos outlining its deals, and its employees worked closely with sellers, attended meetings to discuss syndicates, trained them on how to market deals, and joined them on customer calls, the .

According to the U.S. complaint, sellers for one Colorado firm told investors: “When done correctly, it won’t be denied by the IRS. Typical worst case is that the valuation gets lowered and you would see less in tax savings.” The Justice Department has subpoenaed documents from Triloma, Kalos and several other firms involved in the sale of easements.

Triloma, which hasn’t been accused of wrongdoing, didn’t respond to requests for comment. The firm is no longer registered with Finra, though records don’t indicate why.

In another case involving a $9.7 million offering, an investor accused a broker-dealer of pushing a “high-risk, high-commission and unsuitable investment” in a syndicated conservation easement while withholding key facts and failing to conduct proper due diligence, according to a confidential arbitration complaint reviewed by Bloomberg.

Grand juries in Atlanta, St. Louis and Charlotte, North Carolina, are investigating promoters. Two accountants who to fraud charges are prosecutors investigate a promoter who structured syndicates that generated $1.2 billion in tax deductions, people familiar with the matter told Bloomberg in March.

There’s also risk for investors, some of whom have sued promoters and others involved in structuring the deals.

According to an investor lawsuit filed March 30 in Atlanta, the IRS disallowed 100% of the deductions a partnership had claimed for a syndicated deal tied to 147 acres in Shelby County, Alabama, in 2016. In that case, the property was acquired for $709,000 and appraised a few days later at $25 million if fully developed. Investors paid $5 million to join the partnership and were promised five times as much in tax deductions, according to the , which seeks class-action status. The partnership is fighting the IRS ruling in Tax Court.

The Mississippi deal documents sent to Beer indicated that by preserving the plot, investors who collectively put up $4.3 million stand to save almost twice as much in taxes within 15 to 18 months. A securities filing for another deal by the same promoter, Otemanu Village Sand Investors LLC, shows that of the $8 million the venture raised, $2.3 million went to Village Sand Investors and Hudson, its executive officer.

“This is designed to be sold to people who don’t ask questions,” Beer said. “These businesses revolve around people hearing what they want to hear.”

To contact the authors of this story:
in New York at nweinberg2@bloomberg.net

in New York at dvoreacos@bloomberg.net

To contact the editor responsible for this story:
at sstroth@bloomberg.net