Despite all the uncertainty surrounding the U.S. election, there’s a clear victor already: domestic cannabis companies.

Leaders across the industry cheered after marijuana measures passed in that had them on the ballot Tuesday -- even in deeply red parts of the country. The results showed how marijuana is becoming less of a , and buoyed the biggest U.S.-based players in the market.

“Cannabis won, and won big,” said , chairman of , one of the largest cannabis companies. “It’s a green landslide.” 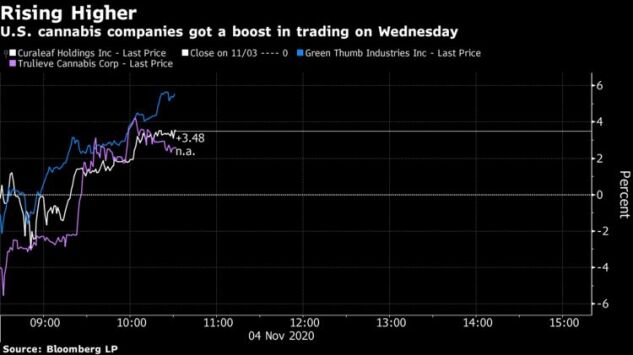