France’s government said the European Union would retaliate if the U.S. follows through on a threat to hit about $2.4 billion of French products with tariffs over a dispute concerning how large tech companies are taxed.

The decision by the office of the U.S. Trade Representative marks a setback for efforts to stop a conflict over a digital services tax. The levy, which the USTR says “discriminates against U.S. companies,” would hit the revenues of large tech companies including Google, Apple Inc., Facebook Inc. and Amazon.com Inc.

The American tariffs in response could target sparkling wine, cheeses, handbags and makeup.

“It’s not worthy of an ally, and it’s not the behavior we expect from the U.S. toward one of its main allies, France, and more generally, Europe,” French Finance Minister Bruno Le Maire said on Radio Classique on Tuesday.“If there were new U.S. sanctions, the EU would be ready to retaliate.”

“They’re American companies,” Trump said, referring to Facebook, Google and Twitter. “If they’re going to be taxed, the U.S. will tax them.”

Monday’s report concluded a more than four-month-long probe. USTR Robert Lighthizer said the agency is also exploring whether to open investigations into similar digital taxes by Austria, Italy and Turkey. The move comes hours after President Donald Trump announced a barrage of other tariffs on steel and aluminum from Argentina and Brazil. 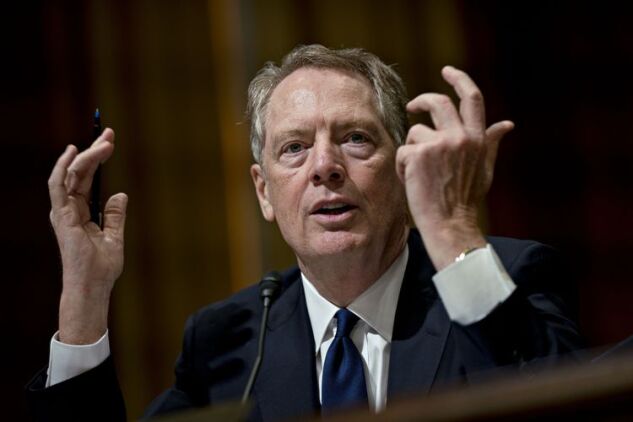 LVMH, the maker of Louis Vuitton handbags and Moet & Chandon champagne, fell as much as 2.1% in Paris trading, while makeup company L’Oreal SA lost as much as 1.4% and leather-goods maker Hermes International declined 2.1%. 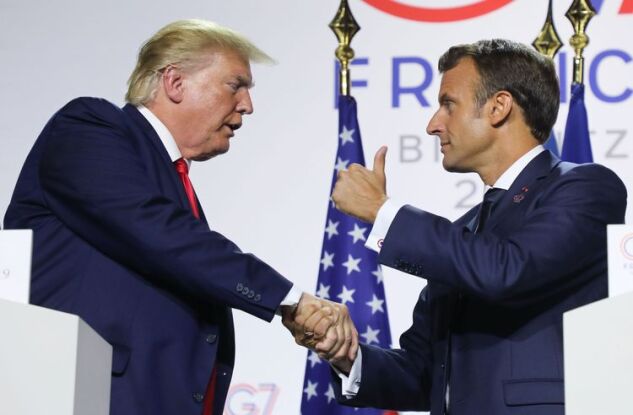 The U.S. tariffs and the French tax are likely to be a priority during a meeting between Trump and Macron on the sidelines of a NATO conference in London on Tuesday. They had agreed in August to try to find a compromise, but a 90-day deadline for talks expired last week.

Le Maire told reporters in France that the solution isn’t non-stop retaliation and sanctions, because that is “bad for our political relationship and growth and the economic recovery everywhere in the world.”

Macron argues that moving ahead with a tax on tech companies is necessary because the structure of the global economy has shifted to one based on data, rendering current systems archaic. His government is trying to use the national tax as a bargaining chip in its push for an agreement under the OECD.

The Internet Association, which represents tech companies, said France’s levy is “one of a growing number of concerning unilateral tax regimes around the world,” and advocated for a global solution in response to the announcement.

France’s tax, retroactive to January, affects companies with at least 750 million euros ($830 million) in global revenue and digital sales of 25 million euros in France. While most of the roughly 30 businesses affected are American, the list also includes Chinese, German, British and French companies.

The French government says it’s urgent to overhaul tax rules because the average tax rate for digital companies in the European Union is only 9.5%, compared with 23.2% for other companies. 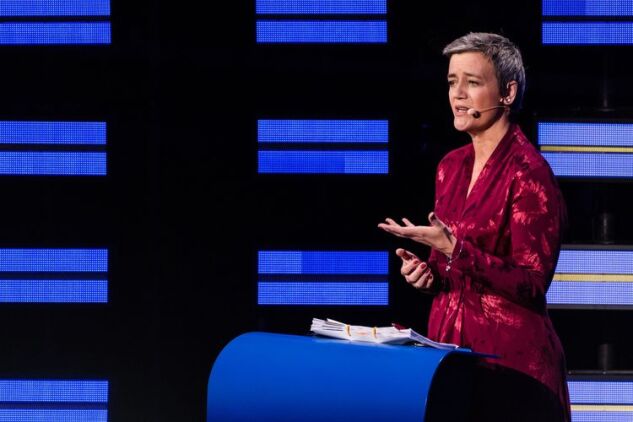 An attempt to agree on a Europe-wide tax fell through earlier this year when four countries -- Sweden, Finland, Denmark and Ireland -- declined to sign off on it. But Margrethe Vestager, currently the EU’s antitrust chief, said last week the bloc would try to find unity again if there isn’t a global agreement.

Other European countries are also planning to levy a digital tax without waiting for the OECD. Italy’s government has said it will implement a tax on digital revenues Jan. 1, and Boris Johnson‘s Conservative Party, which leads the polls for this month’s U.K. general election, has committed to a digital services tax.