This is one of a series of interviews by Bloomberg Opinion columnists on how to solve the world’s most pressing policy challenges. It has been edited for length and clarity.

Alexis Leondis: You spent 30 years as a reporter, editor and columnist at the Wall Street Journal and now serve as senior fellow and director of the Hutchins Center on Fiscal and Monetary Policy at the Brookings Institution. In your new book, “Only the Rich Can Play: How Washington Works in the New Gilded Age,” you focus on a tax break, passed by Congress in 2017, that lets wealthy Americans defer or cut their capital gains tax bills by investing in what are supposed to be economically disadvantaged areas, or opportunity zones. What made you want to tell the story?

David Wessel, senior fellow, Brookings Institution and author, “Only the Rich Can Play: How Washington Works in the New Gilded Age”: One of my colleagues at Brookings, Adam Looney, is a public finance economist who had been in the Treasury Department during the Obama administration. He’s always looking at tax bills as they come through Congress and pointing out things with more outrage than you usually get from economists. When he mentioned this to me, I thought it was more likely to be like a Brookings policy brief kind of thing. But then he dropped that this began with Sean Parker of Napster and Facebook fame. That’s what got me interested.

Then I heard about this opportunity zone expo in the spring of 2019 at the Mandalay Bay Resort and Casino complex in Las Vegas. I went to the conference and it was what a modern-day gold rush looks like. And there were so many interesting people and they were so willing to talk about what they were doing. That’s what really made me think, “Wow, this is a great story.” And of course, there had been and continue to be some good investigative reporting on this, including from people at Bloomberg, so I knew there might be something interesting there. 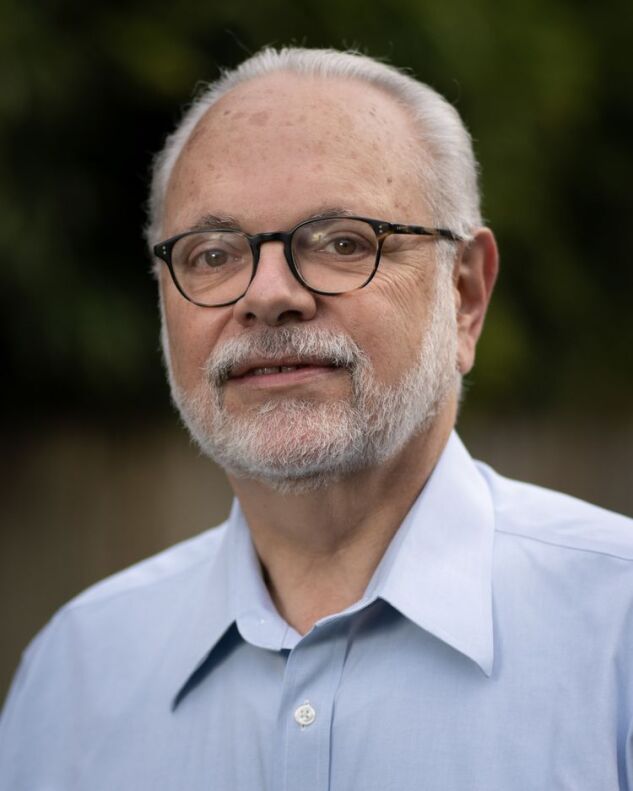 David Wessel, author, “Only the Rich Can Play: How Washington Works in the New Gilded Age”
Photographer: Jay Mallin

AL: Sean Parker, the brainchild behind opportunity zones, was able to get this tax break included in the 2017 tax overhaul. He spent about $10 million in lobbying in just a few years. Is this the new way tax benefits get doled out in Washington or was this a one-off?

DW: If you have money and clout, you can organize a campaign to get something done in Congress, even at time when Congress seems to be gridlocked. Parker hired a couple of people, like Steve Glickman, who had been in the Obama White House; and John Lettieri, who worked for the Organization for International Investment. The first was a Democrat, the second a Republican. They were young, 30-something Washington operatives who had both been on the Senate staff. They understood how Washington works and they were very skillful at laying the groundwork for this. They spent a couple of years building the case that geographic inequality, not just income inequality, is a big problem. They were smart enough to sell this with talking points and headlines that sound like motherhood and apple pie. Who could be against giving people who are rich an incentive to put money into communities that are starved for capital?

The problem is that most of the people who signed onto the talking points didn’t pay attention to the details — which in my view, led most of the money to go to help rich people save on their capital gains taxes and not enough to benefit residents.

AL: You highlight how most of the opportunity zone money seems to have gone to places that were already gentrifying, and some even went to areas that truly didn’t seem to need it, like in Portland, OR. Even worse, some investors got tax breaks for projects they would have invested in anyway. Meanwhile, zones in places like Baltimore have barely seen any investment. What went wrong and who’s responsible?

DW: What went wrong is that the proponents were allergic to any kind of rules and oversight by the Treasury Department. So the selection of zones was largely delegated to the governors who didn’t have much time to make their decisions. Many of them didn’t have a clue what they were doing. Some of them chose wisely, some chose foolishly, some were corrupt. They also decided to have a lot of zones, which meant that it was hard to target places that really needed the money.

The Trump Treasury Department didn’t use the leeway they had to tighten up the rules and make the program more effective. One can only guess if the Obama or Biden Treasury had been administering this, maybe some of the rules would have been different. But, to be clear, the law didn’t require the Treasury to do very much.

AL: Are opportunity zones ultimately a case of good intentions gone awry or do you think they really are just more of a money-making scam?

DW: I think that opportunity zones can be used for the stated purpose and I have examples in the book, such as a small developer in Baltimore who got some opportunity zone money and a whole lot of other tax breaks to renovate some bombed-out townhouses in Baltimore. But the bottom line, based on the reporting I’ve done and the very limited amount of data we have, is that the program has done more to cut taxes for rich people than to improve the lives of people in neighborhoods that really need help.

AL: Do you think this kind of setup can work — giving tax breaks to spur private investment, as opposed to government funding — if the right guardrails are in place? Or will there always be exploitation?

DW: Unlike previous tax-based policies, there’s no requirement here that you even pretend that you’re doing something for people in the neighborhood. There’s no incentive to hire people in the neighborhood, for instance. I think one thing [the program’s architects] believed is that any money in an opportunity zone is good, but I don’t think that’s true. Secondly, they underestimated the cleverness and aggressiveness of the people who work for rich people to help them cut their taxes — tax lawyers, accountants, wealth managers, all that. These people found ways to stretch the law in ways that I don’t think Sean Parker envisioned.

AL: What kind of reforms to the opportunity zone program are most essential now? Should the whole thing just be scrapped?

DW: So one answer would be, this is nuts. It’s an indirect way to get money to poor neighborhoods. We have to set up all this plumbing in order to give rich people incentives to put money in poor neighborhoods? It’s really hard to do it the right way. So one alternative is to say, maybe we should just raise their taxes and put the money in directly. There’s that view.

I don’t think opportunity zones will be repealed, partly because it’s hard to repeal something once it’s in place and partly because it does have some support from both Democrats and Republicans. What the government can do is require better reporting. Fifty-six percent of all the census tracts in America were eligible for opportunity zones, but only 25% got chosen. So it’s a natural thing for an economist to look at things like places that could have been picked but weren’t and to compare what happened there. But that requires data to compare the two zones. The reporting should allow us to see what’s going on with investments and census tracts…we ought to be able to see where the money’s going and for what.

We didn’t pick the zones very well. We could grandfather everybody who’s already put money into a zone, but we really ought to narrow the number of zones. And we could say you can’t use it for sin businesses or other things, like the luxury student housing rental in college towns that qualified only because the college kids show up as poor.

I talk in the book about self-storage facilities qualifying for this tax break, which is ridiculous. They don’t pay anybody. I found one in Dillon, South Carolina. I asked the guy, “How many people do you employ?” And he said, “None, because it’s all automated.”

AL: President Biden hasn’t mentioned opportunity zones in his tax proposals so far. Do you think he’ll reform the program or just give up on it?

DW: During the 2020 campaign, he said he was going to reform them. I think what happened is a couple things. The administration pretty overwhelmed right now and it wasn’t a high priority. I think they just decided this is too messy — Congress created it, let Congress fix it. The way Washington works, we could wake up one day and discover it’s been slipped into some other bill.

AL: Back to that 2019 Las Vegas expo. Most of the attendees you followed up with said the projects they had been working on or thinking about had fizzled out. What happened? Is it Covid, or something more?

DW: Covid definitely had an effect. It changed where opportunity zones and all real estate money is going — if I were rich, I’m not sure I’d put money in an office building in downtown New York or Boston or Chicago or Washington. Second, there was a lot of hype and interest, but a lot of people were going to conferences just to learn about it. I went to three conferences and some of the people I met there had been to two or three conferences as well. I didn’t go to the fourth and fifth and I suspect they didn’t either. And then I think it was oversold, both in terms of the social benefits and the tax benefits, so some of the hype wore off.

AL: You talk about how opportunity zone investors aren’t doing anything wrong. They’re playing by the rules, so blame the game, not them. That’s true throughout the tax code — you can argue that wealthy people and corporations are lawfully exploiting the tax code. With Congressional Democrats about to enact sweeping tax changes, what should the opportunity zone situation teach them about the need to change the game?

DW: One thing is, well-meaning rich people like Sean Parker have some good ideas and we should listen to them. But we shouldn’t let them be architects of the policy text. Secondly, we need to build in some mechanism so when we try something new, we have an automatic mechanism to fix it, rather than just letting it fester. And third, it’s just really hard to use the tax code to achieve social ends when what you’re trying to do is influence [the behavior of] rich people. This idea that we can somehow create some amazing tax code and rich people, like mice in a laboratory, will just find their way to the place we want them to go — that’s naive and the world doesn’t work that way. They’re too good at finding ways to get the tax break without achieving the desired end.

To contact the author of this story:
Alexis Leondis at aleondis@bloomberg.net

To contact the editor responsible for this story:
Romesh Ratnesar at rratnesar@bloomberg.net