A pedestrian wearing a protective face mask passes a shopkeeper near an open-air market in Palermo, Italy.
Photographer: Tullio Puglia/Bloomberg

Italy’s announcement that it’s considering a cut in sales tax will fuel doubts about the country’s commitment to economic reform just at the moment when its allies are trying to persuade skeptics that the country can be trusted with a massive stimulus package.

EU leaders last week held their first talks over a 750 billion-euro ($840 billion) recovery fund, with Rome set to receive 82 billion euros in emergency grants and up to 91 billion euros in low-interest loans under a proposal drawn up by the European Commission. Germany and France are pushing for the plan, which needs the backing of all 27 member states, to be approved next month.

But they are fighting to convince countries like the Netherlands and Austria that Italy will spend the money responsibly, and a handful of cautious nations are pushing for a reduction in the size of the handouts and tighter conditions.

The idea of cutting value-added tax was by Deputy Finance Minister and has been cautiously by Prime Minister as a way to revive industries like tourism and cars that were hardest hit by the Covid-19 lockdown. But there are concerns that the policy would prove a costly way to deliver on limited benefits to the economy. 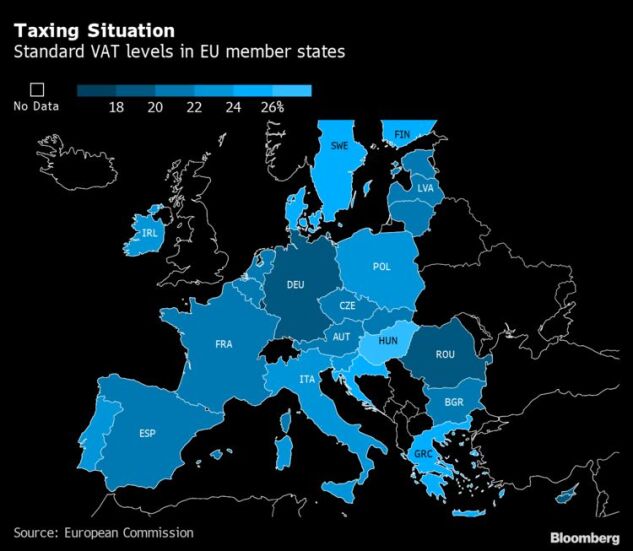 “The risk is a negative impact on public finances without a truly significant impact on consumption,” said , head of economic research at Algebris Policy Forum. “One must look at the details before saying whether it’s a good idea, but there aren’t any for now.” 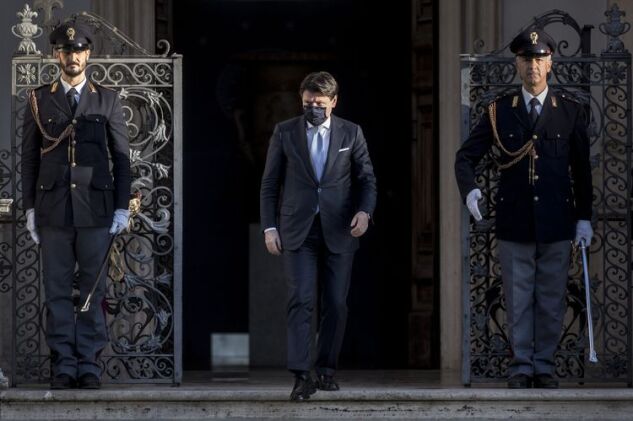 Italy is walking a fiscal tightrope with public debt due to soar above 150% of gross domestic product by the end of the year and only European Central Bank intervention keeping its borrowing costs in check. Cuts to indirect taxes like VAT generally aim to stimulate demand and revive consumption by broadly reducing costs across the economy.

Amid the current uncertainty, though, consumers might opt to save rather than spend the extra cash.

Even a targeted approach could cost as much as 10 billion euros, according to la Repubblica newspaper. The budget deficit is already set to exceed 10% of GDP this year after the government approved 75 billion euros of stimulus.

“It is clear that a cut in VAT costs a lot,” Conte said on Monday, adding that the government is considering reducing the charge for a limited time.

As well as provoking budget hawks from northern EU countries, the prospect of a cut in VAT has already sparked rumblings of dissent within Conte’s divided coalition. Finance Minister , from the center-left Democratic Party, has warned of its high cost in recent days and says he wants to evaluate economic developments before further action.

Bank of Italy Governor said Monday that Italy needs a broader fiscal overhaul rather than focusing on individual taxes. Institutions like the International Monetary Fund and the Organization for Economic Co-operation and Development have long urged Italy to use its resources to reduce high fiscal pressure on labor and improve competitiveness.

“Adjusting VAT by cutting the rate for some sectors and raising it for others, together with a reduction of labor taxes, wouldn’t necessarily send a negative signal, if it’s an approach that helps employment without burdening public finances too much,” said Algebris’s Merler.

Proponents of the tax cut, mostly from the anti-establishment Five Star Movement, point out that Italy would then be merely following Germany’s example, which has announced a temporary VAT reduction to stimulate the recovery.

“The government will decide in coming days,” Castelli, a Five Star member, told Repubblica Monday. She said the cuts could be effective as soon as Jan. 1 and possibly last two years.

Germany began the pandemic with government debt below 60% of GDP. Italy’s was 135%.

“Private spending may be weak in the months ahead as consumers fear catching the coronavirus in public or losing their jobs. A temporary VAT cut would encourage them to spend by boosting their real incomes and by lowering the cost of consumption.”

To contact the reporters on this story:
in Rome at aspeciale@bloomberg.net;
in Milan at jcolten@bloomberg.net