The surprise rebound on U.S. job markets is leading some Republicans to question the need for more stimulus, as Congress debates whether to renew the extra benefits it approved for unemployed Americans during the coronavirus crisis.

The Senate Finance Committee held a hearing Tuesday to assess how the payments of $600 a week, due to expire on July 31, have helped soften the blow from the pandemic. Republicans have argued that the need to juice the economy is receding, after 2.5 million jobs were created in May and the unemployment rate declined when it was expected to jump. 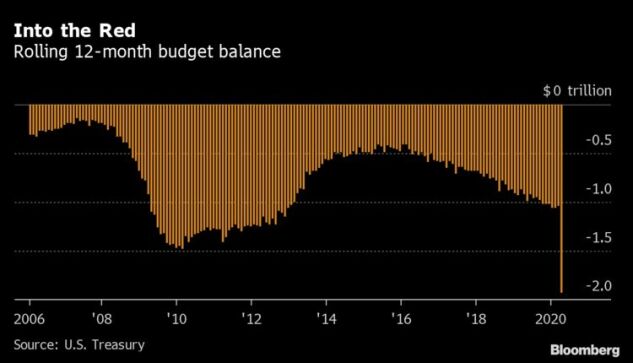 That data “underscores why Congress should take a thoughtful approach and not rush to pass expensive legislation paid for with more debt,” said Michael Zona, spokesman for committee chairman .

That doesn’t mean there’s no more stimulus in the pipeline. President said last week he’ll ask Congress to pass more measures, including a payroll tax cut. The White House is looking to spend as much as $1 trillion, a figure that is said to have backing from Senate Majority Leader .

At the Senate committee hearing Tuesday, Labor Secretary said it’s time to scale back the payments. “The $600 benefit was an extraordinary measure to help Americans who were shut out of the workplace,” he said. With the economy now reopening, it shouldn’t be allowed to turn into “a deterrent to resuming work.”

A growing number of Senate Republicans like Pennsylvania’s want to slam the brakes on stimulus, and give the roughly $3 trillion that Congress already allocated time to work its way through the economy.

That spending surge, coupled with a plunge in revenue as the economy shut down, has put the U.S. on track for its biggest budget deficits since World War II. The shortfall in the fiscal year through May probably widened to $1.9 trillion, more than double the 2019 figure, the Congressional Budget Office said Monday.

But most economists say the recovery is still too fragile for government support to be withdrawn –- and there’s support for that view in GOP circles too.

“This jobs report should not take the wind out of the sails of another stimulus bill,” said Gordon Gray, the director of fiscal policy at the right-leaning American Acton Forum and a former staffer to Ohio Senator . “There are people who are going to struggle for a long time.”

Portman is pushing a plan that would redirect stimulus rather than cut it off: a $450-a-week return-to-work bonus. He says it would deliver “significant cost savings compared to the current money we’re spending.” Backers of the plan, including White House economists, also say it would remove disincentives to work created by the ramped-up jobless benefits – an argument that resonates with Republicans.

Democrats say the May jobs report is evidence that the extra payments didn’t stop Americans returning to work, and point to still-elevated unemployment levels as proof that millions still need the money.

“This crisis will go on a lot longer if the Trump administration and Senate Republicans start yanking out these key pillars of economic support like supercharged unemployment benefits,” Oregon Senator , the No. 2 on the Finance Committee, told the hearing.

Wyden said he’s open to “exploring” a back-to-work bonus. But he said any such payment couldn’t be a replacement for unemployment benefits -- and it would also need to be paired with other incentives, such as hazard pay for employees at high risk of exposure to the virus, in order to earn Democratic support.

Wyden has proposed a plan that would see jobless benefits gradually decline with unemployment rates. The Democrat-controlled House of Representatives already voted to keep the payments in place for now, as part of additional stimulus measures worth some $3 trillion.

That bill has no prospect of getting through the GOP-run Senate, where serious negotiations on another stimulus bill aren’t expected to start until mid-July – just a couple of weeks before unemployment insurance will revert to pre-virus levels.

There’ll be “real-world consequences” if Congress doesn’t take action before that July 31 deadline, said , a senior fellow at the National Taxpayers Union.

“When those UI benefits run out, we could see households feel the financial impact of the lockdown,” she said. “Luckily, the president doesn’t seem to be persuaded that there shouldn’t be another stimulus package.”

To contact the editors responsible for this story:
at bholland1@bloomberg.net