Robyn Shultz was waiting for approval of her $40,000 small-business loan last week when the government’s first-come-first-served lending program ran out of cash.

Shultz, 60, owns Quality Electric Co. in Birmingham, Alabama, with her husband, Steve Bearden. She said the assistance from the ’s Paycheck Protection Program would have helped keep six full-time employees on the payroll. Now she says time is running out. The additional $320 billion by Congress on Thursday may be too late. She’s not sure she can stay afloat. 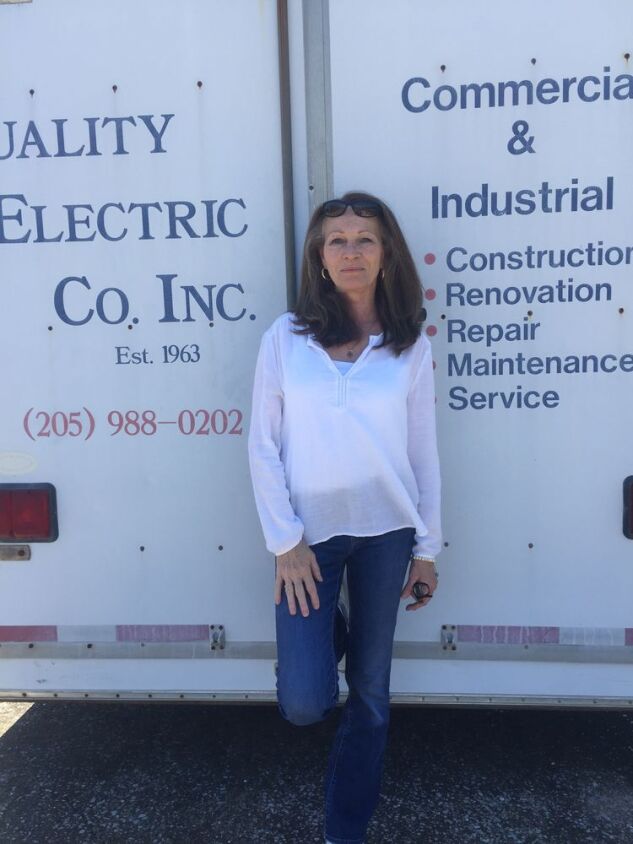 “Smaller companies like us are probably just going to be washed under the rug,” Shultz said.

The swift and unprecedented response by the U.S. government and the to the coronavirus’s economic fallout doesn’t mean much to folks like Shultz, who see help coming too late or not at all.

Policy makers in Congress, the Treasury Department and the central bank have taken a lesson from the last financial meltdown, 12 years ago, when ordinary Americans were left to fend for themselves and millions lost their homes. This time, they’ve included individuals and small businesses in their aid packages in a way they didn’t in 2008, when bank bailouts, even as they saved the system from collapse, sparked outcry over tilted playing fields for the rich and ignited a backlash that altered the political direction of the country.

But if one of the lessons of 2008 is to help Main Street as well as Wall Street, the lesson seems to be only partly learned. Americans live in two separate and unequal worlds, and the bailouts reflect this.

The clunky, slow rollout of help for small businesses comes as aid for the financial system flows freely. In early March, the Fed under Chairman reacted quickly to the seizing up of the market for U.S. debt, embarking on a buying spree that would add $1.25 trillion in Treasury securities to its balance sheet over the next month. That kept cash flowing -- and limited losses for some billion-dollar hedge funds that made wrong-way bets with borrowed money. For some, what could be called the Fed’s triumph of efficiency could also be interpreted as a contrast in priorities.

“In 2008, they forgot about Main Street and thought only about Wall Street,” said Lawrence Jacobs, director of the Center for the Study of Politics and Governance at the University of Minnesota. “In 2020, they did a parade down Main Street and forgot to leave the goodies.”

The federal government and the central bank have committed more than $2.6 trillion to saving the U.S. economy from coronavirus fallout. That includes the two PPP appropriations and $77 billion for SBA Economic Injury Disaster Loans. Mid-size companies are targeted with $600 billion from the Fed’s two Main Street Lending facilities, not yet in operation.

, a Columbia University professor who served as chairman of the Council of Economic Advisers under President , said he thought the Treasury Department heard the resentment about the 2008 bailout and was determined to broaden the number of recipients in this emergency.

“A lot of the pressure came from outside the government, and I do think Treasury has been very attuned to it,” Hubbard said. “The bad press from ’08, not dealing with homeowners, was probably on people’s minds.” 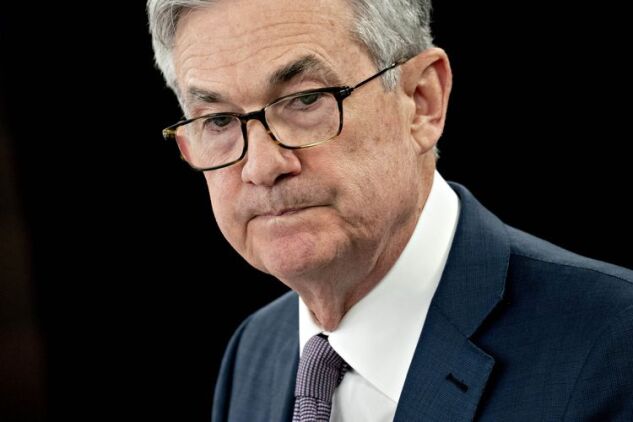 Neighborhood business owners, many of whom did the right thing by closing their doors to help stop the spread of the virus, have had to white-knuckle it for weeks. Some of the 1.7 million applicants approved for PPP loans describe bureaucratic runarounds. Those like Robyn Shultz sweat it out, waiting for the Treasury Department to calm the confusion and for Congress’s additional resources to arrive.

“It just seems like the left hand doesn’t know what the right hand is doing,” Shultz said. “I don’t know where to turn for guidance.”

Small businesses are an anchor of the American economy. They provide almost half the country’s jobs, about 45% of national production and almost all the employment growth. So it was disappointing for Alex Steed, who co-owns a video-production company in Portland, Maine, when he couldn’t get through to the SBA help line after applying for a loan.

“I was told I was caller number 1,403, and it would be around a three-hour wait,” said Steed. “I stayed on the line for several hours before it went dead. I never ended up connecting with anyone.”

PPP loans, backed by the government, are made by banks and other lenders. They max out at $10 million and will be forgiven if businesses spend at least 75% of the amount on retaining workers.

Melissa White has only one employee: herself. She has owned and operated Extensions of You, a hair-extension salon in San Antonio, Texas, for 18 years. Most of her clients are dealing with illnesses that have caused hair loss. She said no one has been able to give her clear answers on PPP.

“The government and people are touting how they have this program ready, but from my perspective there’s just a big disconnect,” White said. “Everybody’s confused.” 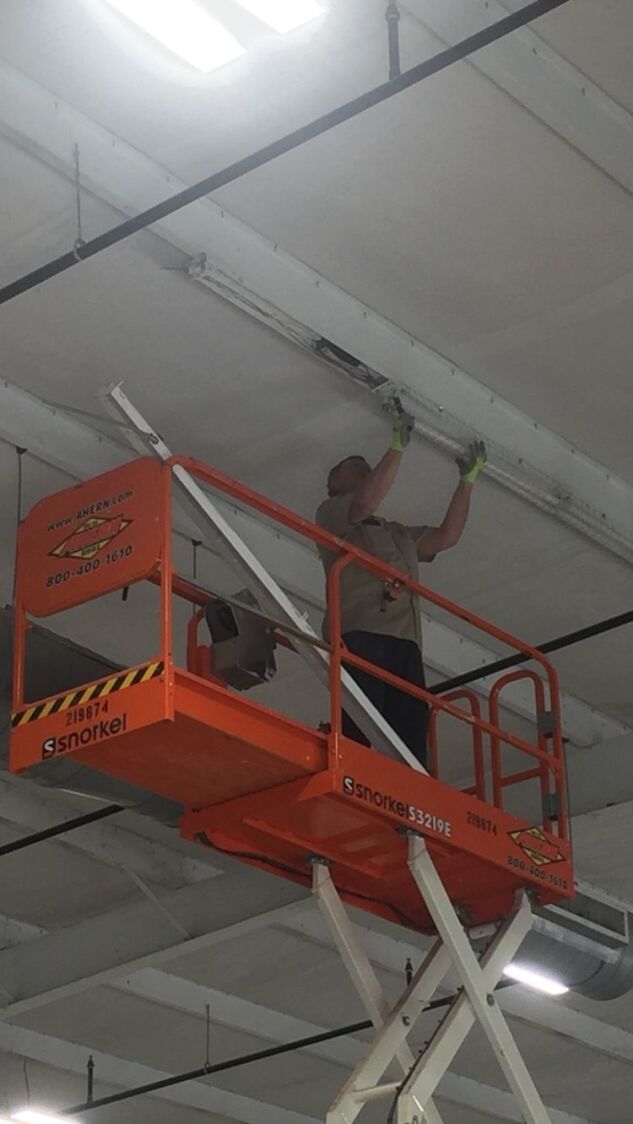 Many small businesses say they are angry that bigger companies have gotten PPP loans and they haven’t, especially at a time when borrowing options are narrowing. Restaurants and hospitality companies were able to into smaller units, as long as each location had fewer than 500 employees. A big donor to President with three hotel chains got a total of from the program.

Small-Business Rescue Shows Not All States Are Created Equal

Companies receiving the maximum loan amount of $10 million include , a Terre Haute, Indiana-based coal company that had more than at the end of last year; San Jose, California-based , a tech firm with more than in December; and , which 428 sandwich shops. A Potbelly spokesman said Congress allowed funding for restaurants because their workers are “vital to our economy.” Hallador and Quantum didn’t respond to requests for comment.

Ruth’s Chris Steak House’s parent, , received , each for $10 million, because it has two holding companies. Ruth’s 83 restaurants and has 5,740 employees. It decided on Thursday to give back the money, a few days after , the national burger chain, said it would return the $10 million it received from the SBA.

On April 19, several small businesses filed a in federal court in Los Angeles against four lenders -- , , and -- accusing them of approving big loans first. 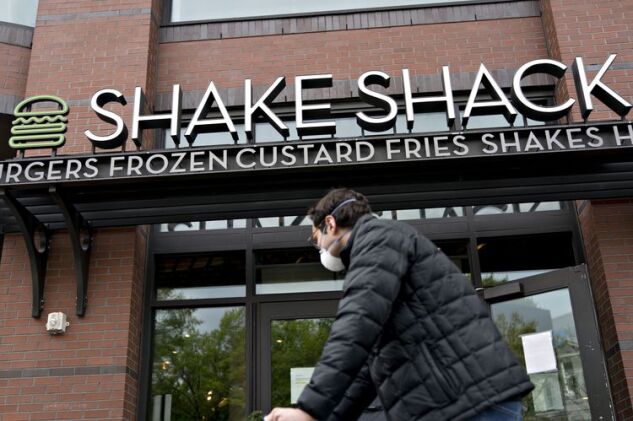 “When I think of small businesses, I think of mom-and-pop stores with a handful of employees,” said Alex Gonzalez, an energy consultant in Odessa, Texas, who applied for but didn’t get an SBA loan. “You wonder how much of this money that was intended for companies with 3, 4, 5, 6, 10 or 20 employees were left off.”

A majority of the PPP loans, but only about 17% of the total, was in amounts less than $150,000, according to a Treasury Department presentation last week.

Meanwhile, big companies are getting lifelines. is slated to receive $5.4 billion in government funds, and $5 billion. Both have said they plan to scale back their workforces.

After nudging from private equity and real estate firms, the Fed also said it would buy some high-yield bonds, a rescue of troubled-debt markets and their investors.

Some billion-dollar hedge funds, too, have benefited from quick Fed action. A number of them, including and , ply what’s called the relative-value or basis trade: buying cash Treasuries while betting against Treasury futures with borrowed money that dwarfs their own investments by as much as 50 times. Such traders have become a significant share of Treasury-debt buyers, according to the Bank for International Settlements.

In early March, investors unnerved by the uptick in Covid-19 cases bought up Treasury futures. The basis trade was in a position to tank. Hedge funds’ large, leveraged holdings detracted “from orderly market functioning,” according to the BIS. One 30-year veteran said he’d never seen anything like it: an inability to trade in the $17 trillion market. The Fed responded, limiting losses. Both Millennium and ExodusPoint declined to comment.

The profit and loss of highly leveraged hedge funds have little effect on the wider American economy, aside from the havoc they can cause in financial markets. Shultz, the Alabama electrical contractor, has other things to worry about, such as staying employed, staying in business and staying alive. The bailout has been an added source of unease for her and for many others, threatening to worsen the alienation that cleaved American society after 2008.

To contact the editors responsible for this story:
at rfriedman5@bloomberg.net