The Senate on Thursday night passed a stopgap spending bill to avert a U.S. government shutdown, sending the measure to President for his signature.

The bipartisan 69-28 vote came hours after House passage of the legislation on a largely party-line basis.

The Senate vote followed day-long negotiations between Senate leaders and a group of conservative Republicans who demanded consideration of an amendment that would block Biden’s Covid-19 vaccine mandates. In exchange, they agreed to not throw up procedural obstacles for the spending bill, which threatened to trigger a partial closing of the government after midnight Friday.

That amendment failed, 48-50, and the Senate moved quickly to passage of the temporary government funding.

The stopgap bill funds the government until Feb. 18. That will allow Democrats to move forward on Biden’s roughly $2 trillion economic agenda this month and to find a path to lifting the federal debt ceiling before the end of the month in the face of solid Republican opposition.

Both parties also will turn to a must-pass annual defense policy bill. 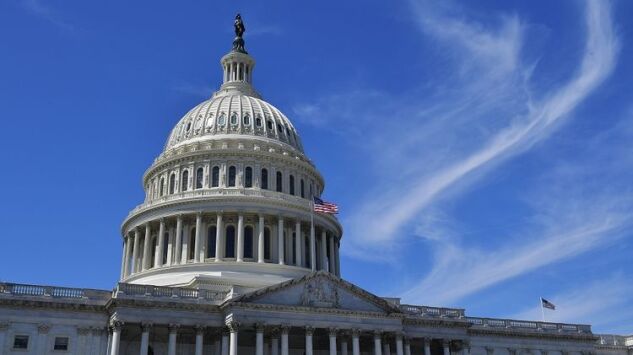 Lawmakers in charge of appropriations have said they hope the Feb. 18 deadline will also give them time to negotiate the 12 full-year government spending bills for the fiscal year that began Oct. 1.

The extension passed on Thursday puts agencies on autopilot, freezing in place program funding levels and forbidding new contracts, with few exceptions, one of which being $7 billion in funding to aid Afghan evacuees.

Republicans and Democrats showed no signs of being able to resolve the larger impasse blocking full-year appropriations bills. 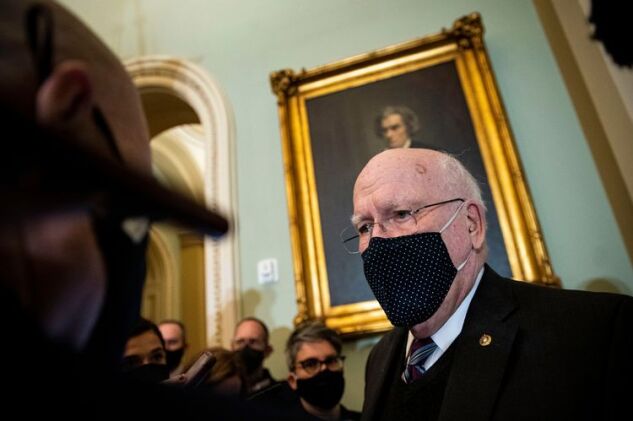 Senator , the chairman of the Appropriations Committee, stressed before the vote that lawmakers still have work to do on the spending bills.

“Further refusal to meet at the negotiating table will only undermine national security, our ability to invest in American families, and our capability to respond to the coronavirus and its emerging variants,” said Leahy, a Vermont Democrat.

House Appropriations Chair urged Republicans to make a full-year funding counteroffer soon to finish work on appropriations bills. “Let me be clear: Working families, small businesses, veterans, and our military need the certainty that comes with passing omnibus funding legislation instead of short-term funding patches,” she said on the House floor.

Senator , the top Republican on the Appropriations Committee, said Democrats must drop policy proposals such as allowing government funding for abortions before Republicans talk about funding levels.

“If that doesn’t happen, we’ll be having this same conversation in February” Shelby said.

The stopgap does not address automatic cuts to Medicare and other programs slated for January under the so-called Paygo law, despite Democratic efforts to include the provision. Hospitals have begun a major lobbying campaign to get the cuts turned off before the end of the year.

The battle over the Biden administration’s mandates for coronavirus vaccines or testing also isn’t over. Republicans plan to try again with a resolution that would disapprove of the Occupational Safety and Health Administration vaccine mandate for private employers.

This time they’ll have the support of Democratic Senator of West Virginia, who voted against the amendment on Thursday night. He said after the spending bill passed that he would “strongly support” a Congressional Review Act resolution sponsored by Senator , an Indiana Republican. With Manchin’s support the regulation repeal measure would have the votes to pass the Senate

“I’ve been very supportive of the mandate for the federal government, for military, for all those who work on the government payroll,” Manchin said earlier in the day. “I’ve been less enthused about it in the private sector.”

Braun welcomed Manchin’s support and said in a statement that he hoped other Democrats would also “stand up against this federal overreach that will wreak havoc on our recovering economy and trample on the rights of millions of Americans.”

Still, the resolution stands little chance of making it through the Democratic-controlled House.

Biden’s vaccine policy also is being tested in the courts. A federal court halted the administration’s rule requiring private employers to mandate Covid-19 vaccines or tests, while another federal court will hear the consolidated case against the mandate. Separate cases involving mandates for health care workers and federal contractors also are being litigated.