The Senate put off action on a bipartisan proposal to extend the small-business Paycheck Protection Program and make other changes to the initiative before leaving Thursday for a weeklong recess.

A bill from Senator , chairman of the Small Business Committee, , the panel’s top Democrat, and Senators and seeks to extend the deadline to apply to the end of the year from June 30 and double the current eight-week period during which businesses must use funds to have loans forgiven, according to Rubio’s office.

The measure would also allow borrowers to use proceeds for personal protective equipment and ensure that lenders aren’t held liable for the certification and documentation borrowers provide during the loan process. 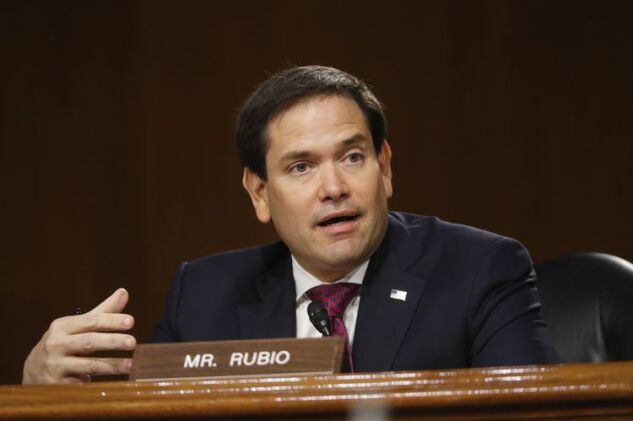 Some senators had sought quick approval by unanimous consent on Thursday. It wasn’t immediately clear whether the Senate will act to approve the measure during a pro forma session during the break, or wait until members return to Washington in June.

The timing matters because the first companies that received loans after the PPP program opened on April 3 will see the eight-week loan-forgiveness periods begin to expire at the end of next week and in early June.

Independent Senator and Republican also introduced a separate PPP bill on Thursday to allow for a loan-forgiveness period of as much as 24 weeks and other changes including eliminating a rule that 75% of proceeds must be spent on payroll because companies want to spend more on rent and other expenses.

House Speaker said the House will vote next week on a separate PPP measure. House lawmakers are discussing lengthening the period to 24 weeks and making other changes such as relaxing the 75% payroll spending requirement.

Republicans and Democrats alike have heard from business owners worried about running out of money to pay their employees.

Treasury Secretary said the administration supports extending the eight-week period, which would require action by Congress, because such a move doesn’t require additional funding and has bipartisan support. But he defended the 75% payroll spending rule, which the administration could change on its own, saying it matches the intent of the law.

“We want most of this money to go to workers,” Mnuchin said Thursday at an online event hosted by The Hill newspaper. “We believe that the 75% was exactly consistent with the way the program was designed.”

The Paycheck Protection Program, the centerpiece of the $2.2 trillion relief package that Congress enacted in March, allows loans of as much as $10 million that can be forgiven if a business spends it within eight weeks on payroll and certain other expenses such as rent.

The idea was to help businesses keep workers employed while they were closed during stay-at-home orders and be ready to reopen when the bans lifted. But restaurants and other small businesses have said they need more time to spend the funds because they won’t be ready to reopen or be fully functional at the end of eight weeks.

“We’re in the 10th week of the pandemic, and I think it’s going to take some time for our restaurants and our owners to get back to the capacity levels and the traffic levels that we were seeing pre-Covid,” , the chief executive of Burger King parent company , told President a meeting at the White House on Monday. Cil backed an extension to 24 weeks.

The $3 trillion Democratic relief package passed by the House last week, which is opposed by Republicans, would extend the loan-forgiveness period to 24 weeks.

To contact the reporters on this story:
in Washington at dflatley1@bloomberg.net;
in Columbus at mniquette@bloomberg.net