Prospects for a pandemic relief package before the end of the year grew substantially as senior Republicans warmed to the idea of using a $908 billion proposal from a bipartisan group of lawmakers as a basis for a deal.

The plan outlined by Republican and Democratic lawmakers in the House and Senate has emerged as the first real chance for a compromise that has eluded party leaders and the White House for months.

Still, Senate Majority Leader hasn’t publicly thrown his support behind the plan, after having won President ’s backing for his own, narrower proposal. That stance risks leaving him increasingly isolated as support shifts among Republicans eager to get some kind of agreement.

With the clock ticking down to the year-end holiday break, legislators got a stark warning about the potential cost of inaction Friday morning, with a much weaker-than-expected November employment report. Thousands of Americans left the labor force amid the spread of Covid-19.

The November jobs report on Friday showed that payrolls rose by 245,000, weaker than all but six of the 78 forecasts in Bloomberg’s survey. U.S. stock futures retained gains, and Treasury yields headed higher, as some investors pointed to rising chances of a stimulus deal.

“It’s a reminder of how important the fiscal policy response needs to be, given the surge that we’re seeing across the nation in the pandemic,” , a senior portfolio manager at BlackRock Inc., said on Bloomberg TV. 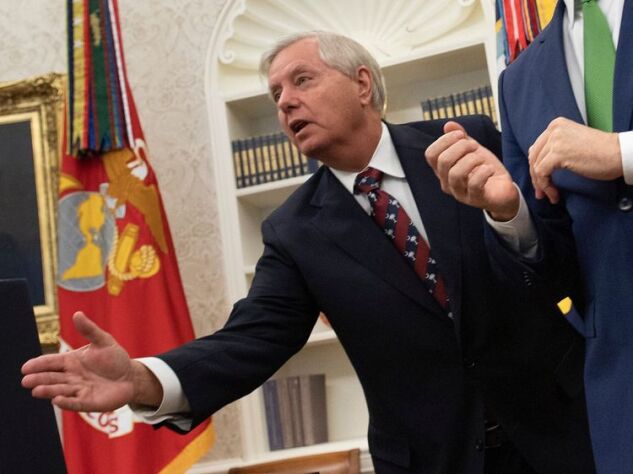 House Speaker and Senate Democratic leader have already endorsed using the bipartisan proposal as the basis for negotiations. Several Republican senators, including South Carolina’s , a close ally of Trump, said Thursday that it contained elements for an agreement.

Graham said he pitched it to the president, whose support would be crucial to get more Republicans on board.

“The president is of the mindset that we need relief sooner rather than later, and that the package that’s being talked about is well in the ballpark of what he would would support if it had the right policy provisions,” said Graham, who was at the White House for an event on Thursday. “If the president came out for it, you’d have a large number of Republicans and Democrats vote for it.”

Trump earlier in the day had backed McConnell’s efforts, saying “they’re getting very close to a deal,” but made no direct mention of the bipartisan proposal.

McConnell sounds “a little more optimistic, but I can’t say one way or the other what the outcome’s going to be,” said White House economic adviser on Bloomberg TV Friday. The bipartisan plan’s $160 billion in aid for state and local authorities is problematic, however, Kudlow indicated.

“Senator McConnell has indicated that he’s not happy with that part of the bipartisan group” plan, Kudlow said. He declined to say whether Trump would sign a bill with that figure included. He said the president’s view is to enacted “targeted assistance.”

Before Election Day, Trump had urged Congress to “go big or go home!” on stimulus, and said he wanted a stimulus package even bigger than Pelosi’s.

The bipartisan plan hasn’t yet been turned into legislative text -- that won’t be finished until next week -- and an agreement will hinge on details that have hung up a deal in the past. Those include magnitude of aid to state and local governments, which many Republicans have opposed, and a Covid-19 related liability shield for employers, which Democrats have called a poison pill. 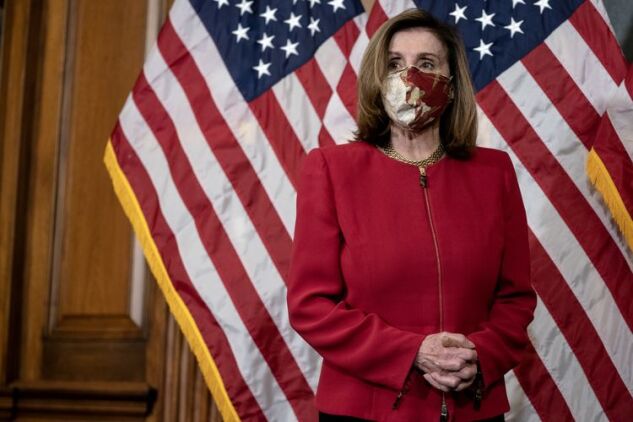 The four GOP senators behind the bipartisan proposal met Thursday with McConnell. Alaska Senator said it was a chance to “walk him through” the outline and provide more details. She indicated they left the meeting with no commitments from the GOP leader.

“We’re getting more and more support from Republicans and Democrats,” another member of the group, Utah Senator said after that sit-down.

“We’re continuing to negotiate an entire package that includes the full $908 billion -- that deals with state and local and liability coverage and extending the PPP program,” he said, referring to the Paycheck Protection Program that supports small businesses. “There’s transportation funding for airlines, for bus companies, for transit systems.”

McConnell and Pelosi also talked on Thursday. That discussion covered a broader measure to fund government operations, which lawmakers are working to finish before money runs out Dec. 11, as well as pandemic relief.

“We had a good conversation,” the Kentucky Republican said, without addressing the compromise proposal. “I think we’re both interested in getting an outcome both on the omnibus and on a coronavirus package.”

North Carolina Republican Senator , who isn’t part of the bipartisan group, expressed concern about how the state aid would be distributed, but said the proposal could be a “bridge” to getting the U.S. population and the economy back to health. 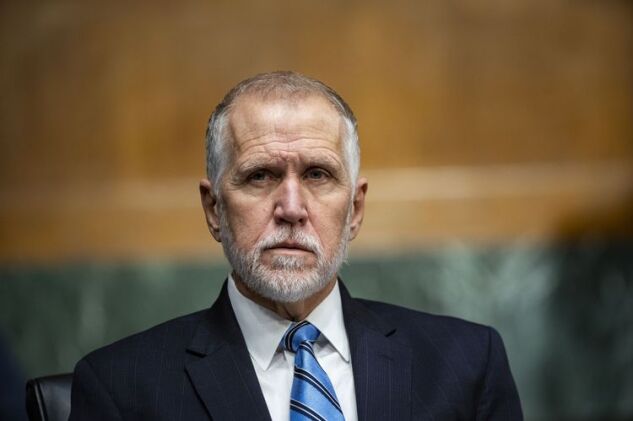 “I think it’s a matter of working out the details,” he said.

Pelosi and Schumer said that while they would seek some changes in the bipartisan plan as outlined, it was sufficient in enough areas for them to retreat from a pre-election stance in favor of a $2.4 trillion stimulus.

The compromise pitch covers a shorter period of time than the leaders’ earlier proposal -- providing aid through the winter -- with Democrats hoping they can get another significant relief bill after President-elect takes office in January.

Biden said in an interview with CNN Thursday that he believes the package should be passed, but that his administration will need more. “I’m going to have to ask for more help,” Biden said, adding “when we get there to get things done.”

Schumer said Thursday that the U.S. risks a “double-dip recession” without a stimulus package.