The Mountain Pass Mine in California has a long history tied to America’s industrial fortunes. It was born out of prospecting for uranium in the 1940s Atomic Age. Through the 1960s it was responsible for much of the global production of europium, an element that ended up in color televisions and fluorescent lights. Today it has the distinction of being the U.S.’s only active source of rare earths, that 17-member suite of peculiar minerals—largely controlled by China—needed to make the magnets used in everything from electric vehicles to wind turbines to ballistic missiles.

The mine’s present-day status has also made it one player in what’s being framed as an existential American conversation about the resilience and future of the world’s largest economy. The discussion prompted by the and the economic and supply chain turmoil that’s come with it builds on the defensive protectionism that yielded the trade wars of the past two years. This time the talk is all about playing offense.

Talk to , the hedge fund investor whose led a consortium that bought the mine (and inherited more than $1 billion in capital investments by its previous owners) at a bankruptcy auction for in 2017, and he’ll bend your ear about what he wants to see in the next congressional rescue package for the U.S. economy. To remove China’s on processed rare earths, any package must, he says passionately, include tax incentives to encourage a rush of domestic investment in America’s industrial economy and such rising sectors as electric vehicles. That would accelerate a repatriation of factories and consumption of what his company makes. The U.S.’s very economic future depends on it. Pointing to China’s march to dominate the industries of the future, Litinsky says, “It’s OK if people want a tchotchke at Walmart for a cheap price. But when we think about very strategic issues, whether it is health care or autos, we’ve got to be self-sufficient.”

What Litinsky is really pushing for—and he confesses his own financial interests are at stake—is a new American industrial policy. And with that he’s tapping into what is potentially one of the most consequential economic conversations the nation is going to have in this presidential election year. One that, even in a divided America, the current crisis has turned into a growing area of bipartisan agreement rather than debate. 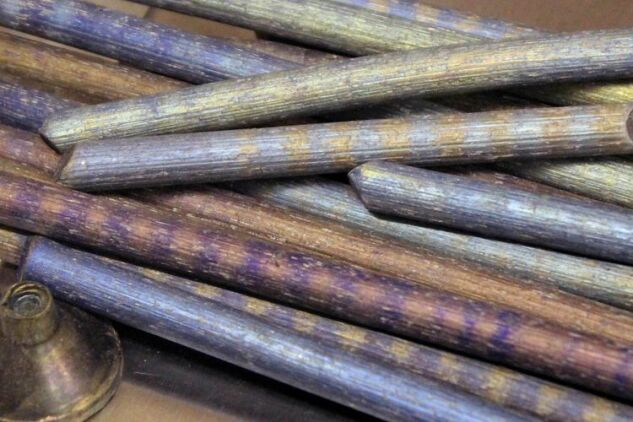 The role government plays in the economy has long been an ideological battle line between the Republican and Democratic parties. It is the context for all major American economic debates, from the structure of the U.S. health-care system to the role of banks and government regulation. And yet, with a wary eye on China and public nervousness about stretched global and domestic supply chains for food and medical products, Republicans are starting to join Democrats in advocating for a stronger government hand in directing America’s industrial resources.

Republicans who just a few years ago regularly scorned any idea of Big Government’s intervening in business and picking “winners and losers” are now happily calling for a national strategy to identify key sectors to protect and promote. In both Congress and the White House they’re discussing tax incentives and other ways to spur businesses to bring manufacturing home from China. Progressives, centrists, and right-wing economic nationalists alike are threatening government strictures on a corporate America that’s spent decades building sprawling “just in time” supply chains around the world in the name of economic efficiency and expansion into new markets.

At the center of the conversation, for now, are China and that amorphous economic demon, globalization—and America’s embrace of it. The debate hinges on how much control U.S. presidents and other policymakers can and should have in directing the country’s economic destiny. And whether the levers they have to pull can redirect the long-term economic interests of companies and consumers. It’s easier to have that conversation when you have an enemy.

The industrial policy playbook is more familiar to Democrats than it is to Republicans. It’s not that surprising when says “ isn’t running the show anymore,” as he did in a recent Politico interview. But it’s jarring when a Republican ducks away from the late father of the free-market ideology the GOP has embraced for decades. It’s a measure of how President has changed the economic orthodoxies in his party that Republicans are having the discussion at all.

Trump brought into office a more interventionist style alongside an “America First” trade agenda heavy on government action. His tariffs and Twitter fights with corporate chief executive officers have prompted plenty of quiet grumbling among Republicans on Capitol Hill. But what’s most interesting is how some Republicans are now front-running the president on the issue of industrial policy.

While the White House has been debating an executive order that would require more domestic production of antibiotics and other medicines—which is being pushed by , the most hard-line of Trump’s trade and economic advisers—some young Republicans in the Senate, including Missouri’s and Florida’s , who are at the vanguard of a new GOP embrace of Big Government if there is one, have been pushing their own bills to do the same. In a December 2019 speech to the National Defense University, Rubio laid out a vision of a “21st century pro-American industrial policy” with government programs and tax incentives to encourage investment in research and sectors such as aviation, electronics, and agricultural machinery. “What I am calling for us to do is remember that from World War II to the space race and beyond, a capitalist America has always relied on public-private collaboration to further our national security,” Rubio said, dismissing his party’s own “market fundamentalists.”

Although the phrase “industrial policy” has been treated as taboo in Washington for some time, the reality is that it’s quietly been featured in America for decades. The military-industrial complex has since World War II benefited industries from aviation to steel. Tax incentives for businesses are a feature on the state and federal level. So, too, are legislated Buy American provisions that promote the use of domestically produced steel or the military’s congressionally mandated purchase of U.S.-made sneakers. You could even argue that the willingness of legislators to introduce tax loopholes, and of tax authorities to look the other way as multinational companies exploit offshore havens, amounts to industrial policy.

People always point to the space race and its successes. But America’s past efforts to foster the development of certain industries haven’t all succeeded. Many administrations have used trade policy and other measures to protect the steel industry from international competition, with few long-lasting successes. The Obama administration’s attempts to use the stimulus packages passed in the wake of the last financial crisis to extend federal loan guarantees to support solar companies and electric-car makers failed miserably.

A 2014 push to double U.S. manufacturing exports, which hinged on encouraging investment in research into new materials as well as the creation of new training centers for manufacturing workers, had some accomplishments. It also ran into a manufacturing recession in 2015 and 2016, caused by a slump in oil prices that rolled through America’s industrial economy.

Today industrial policy may seem the obvious fix for our angst over the and other protective equipment needed to fight the pandemic. But better administration of the existing system of procurement and an emergency federal stockpile would likely be more effective than the wholesale push to relocate factories or the deglobalization of production that some politicians are demanding. A government that buys and stockpiles more N95 masks outside of an emergency will both spur production and avoid a shortage in the next pandemic. You can call it industrial policy if you want—or just dub it preparing for the occasional catastrophe, a core purpose of government.


In the debate over industrial policy, the Mountain Pass Mine is a good example to consider. Even as Litinsky calls for more help, the mine is already a beneficiary of government efforts to boost American industry. , its owner, in April was granted an initial Pentagon contract to provide rare earths, the result of an executive order Trump signed last year in which he invoked the Korean War-era Defense Production Act to . MP Materials now ships what it mines in California as a concentrate to China for processing. But that’s due to change in the coming months, Litinsky says, as the company switches on a Mojave Desert plant that will begin extracting neodymium, praseodymium, lanthanum, cerium, and other elements in the U.S., thereby removing the dependence on Chinese processing.

The move is billed by the government as an important step. How long it’s taken to get there, however, is a testament to the difficulties that can confront American government efforts to encourage certain industries and how the market can intervene. The first big wake-up call about Chinese control of rare earths came in 2010, when Beijing imposed export restrictions that sent prices spiking around the world. The Obama administration responded by focusing on investment in alternatives to rare earths and taking China to the World Trade Organization, which eventually forced Beijing to lift its restrictions. Japan and other governments began offering cheap financing to non-Chinese producers in and other places to nurture the development of alternative sources. The result was that the 2010 export ban by China to assert its power and the price surges it caused also led to a global scramble to develop rare earth mines and a flood of new production, which eventually led to a collapse in prices.

The price plunge contributed to the 2015 slide into bankruptcy of , Mountain Pass’s owner at the time—a remarkable change in fortunes for a company that, after being spun off by Chevron Corp. in 2008, had listed with great fanfare in July 2010 amid the angst over China’s actions. It was also how Litinsky, a creditor at the time, and his ownership group came to acquire the mine.

Litinsky insists things are different this time. But it’s not hard to see the problems that still face the mine, even if it gets the tax concessions and other elements of industrial policy that he is seeking. In a white paper published in April, analysts at the Department of Energy presented an array of challenges hindering efforts to boost U.S. production of rare earths, including the country’s lack of large-scale production of the that are the minerals’ main use. A bigger issue was the $3 billion to $5 billion rare earth market itself. Despite their name, these elements are relatively abundant. That creates what the report labeled the “rare earth balance problem” resulting from the clash of that abundance and what remains relatively limited market demand compared with that for much more popular commodities such as copper or iron ore. “The market is volatile and uncertain, and there is a lack of transparency in the rare earths supply chain,” the authors wrote, adding that “concerns about market manipulation exist internationally.” That may be just the sort of situation in which the government ought to exercise a strong hand. Especially when what’s traded in that market is something you’ve decided is needed for national security.

In the middle of a pandemic and an epochal economic crisis—both coinciding with a presidential election—everyone can agree there’s a problem and a need for a new American industrial policy. But most of the calls now are long on platitudes and short on specific policy pronouncements. What that policy looks like—what’s really needed—will be much harder to work out.

To contact the author of this story:
in Washington at sdonnan@bloomberg.net

To contact the editor responsible for this story:
at hchuaeoan@bloomberg.net