Treasury Secretary told House Speaker Thursday that President would personally lobby to get reluctant Senate Republicans behind any stimulus deal they reach.

Trump said he’s willing to go beyond the $1.8 trillion offer for a virus relief plan that’s already been offered by the administration, but Senate Majority Leader rejected that, saying GOP lawmakers won’t go along.

Mnuchin in a call with Pelosi Thursday “indicated that the president would weigh in with Leader McConnell should an agreement be reached,” Pelosi spokesman tweeted. 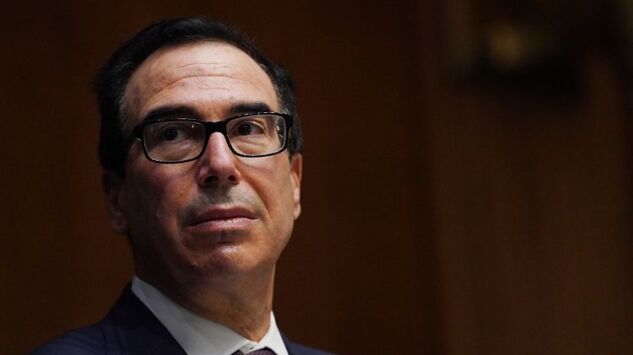 A Treasury official confirmed the accuracy of Hammill’s account of the call.

Trump has repeatedly blamed Pelosi, who wants a $2.2 trillion package, for standing in the way of an agreement. Yet Senate Republicans would pose the roadblock if any deal between the House and the administration materializes after months of talks.

“He’s talking about a much larger amount than I can sell to my members,” McConnell said of administration’s offer to Democrats.

Pelosi, speaking to Democrats in a private conference call later Thursday, cited the opposition Trump is facing from his own party, according to a person on the call. She said while she doesn’t want to wait until January -- when might be sworn in as president -- to pass the next stimulus package, Democrats cannot give up fighting for their priorities, according to the person.

The speaker also reiterated that she views Democrats as having maximum leverage in the negotiations, another call participant said.

Pelosi, in a letter to Democratic colleagues on Thursday night, said that the White House had accepted their proposal for a national virus testing and tracing plan, adding, however, that “even if this key priority is resolved,” other hurdles remain in the ongoing negotiations for a comprehensive relief package.

Details of the emerging testing and tracing agreement were not outlined.

McConnell said earlier Thursday that the administration had already gone beyond what Republicans in the Senate could support. In a news conference in Kentucky, he said the Senate would vote next week on a narrow stimulus plan worth roughly $500 billion to aid an economy still reeling from pandemic-induced shutdowns.

That amount is “what we think is appropriate to tackle this dread disease,” he said at one of several appearances in his home state.

Investor disappointment over the continuing impasse in the U.S. and new virus restrictions in Europe has weighed on stocks this week. The fell 0.2% Thursday, coming off of its lows but still down for a third day.

Mnuchin said before his call with Pelosi that her “all or nothing approach doesn’t make sense for the American people,” but that the administration is “not giving up” trying for an agreement.

The president expressed frustration with Mnuchin, his main negotiator. “So far he hasn’t come home with the bacon,” Trump said.

At the same time, the economy continues to show evidence of the impact of a withdrawal of past fiscal stimulus -- just as anticipated by U.S. Federal Reserve policy makers and private economists alike.

Trump said Thursday that he did still think a deal is possible before Nov. 3 -- “because I think there’s a lot of pressure on Pelosi.”

Trump’s own undermining of his team, by endorsing a bigger package than they have fought for -- and that Senate Republicans oppose -- has encouraged the Democrats to hold out.

“Pelosi suggests that she has the leverage in negotiations with Mnuchin since President Trump seems anxious for a big pre-election deal,” said , a political science professor at George Washington University and a senior fellow at the Brookings Institution. “The closer to the election a deal might be reached, the better for Democrats and the worse for Trump.”