Former president and New York Attorney General have sparred vigorously for years through court filings and public statements. But when they finally sat across from each other during Trump’s long-awaited deposition in a probe of his asset valuations, the mood was surprisingly friendly and cordial.

Trump pleaded his Fifth Amendment right against self incrimination and didn’t answer any questions other than to confirm his name, following through on a pledge he made in a statement just before the deposition got underway in Manhattan.

“I was impressed with the professional and courteous environment during today’s deposition,” said Alina Habba, Trump’s lead lawyer in the matter. “In light of recent events, my client had no choice but to invoke his Fifth Amendment privilege which protects everyone, most importantly the innocent.”

The questioning under oath -- which had been because of the death of his former wife Ivana Trump -- comes just days after Trump’s Mar-a-Lago residence was searched by federal agents investigating whether the former president from the White House. In a post on his Truth Social media account, Trump said his “great company, and myself, are being attacked from all sides.”

Trump’s decision to invoke the Fifth Amendment -- a practice he has derided in the past -- poses a risk for the former president if the attorney general sues him. Juries in criminal cases are instructed that a defendant’s decision to plead the Fifth can’t be taken into consideration during deliberations, but jurors in a civil lawsuit are allowed to draw a negative inference about a failure to testify. 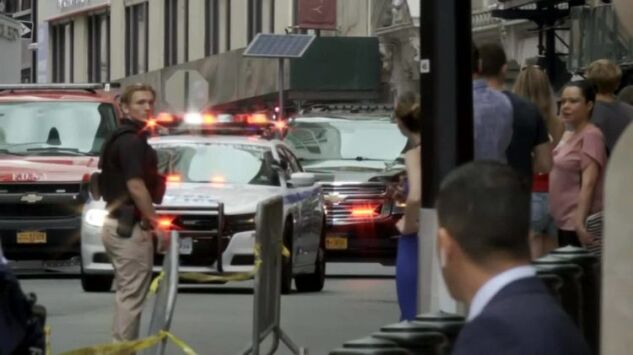 James asked a few preliminary questions, but the rest of the deposition was conducted by her deputy, according to a person familiar with the process. Neither the attorney general nor Habba would say how many questions were asked.

But the questions focused entirely on the various assets that James’s probe has zeroed in on, including his Los Angeles golf club and a vast property outside Manhattan that he once planned to develop, according to the person. There were no surprises, the person said. The questioning, held at a large conference table, started at 9:30 am and wrapped up at 3 pm., with the former president sipping on Diet Coke.

The session included a lunch, that the two sides ate separately, and coffee breaks.

Trump and two of his children, and , agreed to each sit for as many as seven hours of sworn testimony, after losing a court battle to quash the subpoenas.

“I once asked, ‘If you’re innocent, why are you taking the Fifth Amendment?,”’ Trump said in an emailed statement released shortly after he arrived at the attorney general’s office. “Now I know the answer to that question.”

During the 2016 election campaign, Trump derided the use of the Fifth Amendment, saying that “the Mob takes the Fifth.”

Trump has claimed that James, who is Black, is racist and motivated by spite and ambition. James regularly blasted Trump’s conduct while she was running for office and vowed to investigate him if elected -- comments that Trump argues are evidence that she’s out to get him at all costs.

The Trump Organization has long said that the investigation by James, a Democrat, is politically motivated, though every attempt to convince a judge of that argument has failed. Trump sued James in federal court to try to block the investigation, alleging her animus toward him was proof that the probe violated his constitutional rights. A judge dismissed the case.

The former president was held in and fined $10,000 a day as part of the same investigation after he failed to properly respond to a related subpoena for documents and records in his personal possession. Trump resolved the contempt finding after racking up $110,000 in fines.

Trump has appealed the dismissal of the suit and the contempt fines.

, the former president’s son and an executive vice president at the Trump Organization, was deposed by state investigators in 2020 after fighting in court to delay the questioning. He his Fifth Amendment right to avoid incriminating himself more than 500 times over six hours, James said in a filing earlier this year.

(Updates with Habba declining to say how many questions were asked)

To contact the reporter on this story:
in Des Moines, Iowa at elarson4@bloomberg.net