U.S. President Donald Trump give the thumbs up sign before boarding Marine One with First Lady Melania Trump on the South Lawn of the White House in Washington, D.C., U.S., on Tuesday, Sept. 29, 2020.
Photographer: Ken Cedeno/UPI/Bloomberg

President ’s diagnosis of coronavirus roiled Washington Friday, throwing even more chaos into an already frenetic election year with a month to go until the vote.

The president is experiencing mild symptoms, and is working from the White House residence, Chief of Staff told reporters Friday, adding that Trump “will remain on the job.”

Yet Vice President , who tested negative for Covid, handled a call on the virus Friday that the president had been slated to lead. The Trump campaign said all of the president’s scheduled campaign events are being postponed or made virtual; Pence will maintain his schedule.

News of Trump’s infection touched every corner of the capital, raising questions about whether his Supreme Court nominee ’s confirmation hearing could be disrupted, whether the White House and Democrats can cut a deal on stimulus and even whether a second presidential debate will still take place on Oct 15.

At the same time, officials inside the White House and Congress who came in contact with Trump, first lady Melania Trump and their contacts faced the question of whether they too need to be tested for the virus that has killed more than 200,000 Americans.

Meadows, speaking to reporters Friday at the White House, said all core staff have been tested and “other people in the White House will certainly have a positive test result.”

News on Trump’s infection saw stock futures tumble during Asian trading Friday, and the S&P 500 slumped at the New York open. The index pared losses then saw renewed declines as traders took in the implications of the announcement for the outlook for the economy and potential stimulus.

Trump was tested and received the diagnosis after one of his closest aides, , came down with Covid-19, while she was traveling with the president. , the chairwoman of the Republican National Convention, also tested positive on Wednesday. She was last with Trump last Friday.

Normal virus protocols could keep Trump off the campaign trail at least 10 days and possibly longer at a critical moment when he was trying to gain ground on Democratic nominee , who polls show is holding steady with about a 7 percentage-point lead nationally.

Campaign officials for Biden -- who shared a stage Tuesday with Trump at the debate in Cleveland, where few if any in Trump’s entourage wore masks -- learned of the president’s exposure only from media reports, a person familiar with the matter said. The former vice president tested negative for the virus on Friday.

Biden earlier Friday tweeted well wishes, saying he “will continue to pray for the health and safety of the president and his family.”

Trump’s diagnosis follows months of criticism over his handling of the pandemic -- an issue that has driven his approval ratings down nationwide, including in key battleground states. He has repeatedly downplayed the virus, pushed for the economy to reopen quickly and refused to wear a mask to protect himself and others from transmission. Trump’s aides have followed suit -- often appearing in public and in the White House without facial coverings. On Friday, though, some of those aides, including press secretary Kayleigh McEnany, were seen wearing masks in the West Wing.

Senior White House aides on Thursday had discussed scenarios for how to handle both governing and campaigning if Trump tested positive after Hicks’s diagnosis, according to people familiar with the situation. Other White House aides learned the news of Trump’s illness when they awoke Friday morning.

Only a very small circle of people knew that Hicks had tested positive, and senior staff had hoped to keep that information private, two of the people said. McEnany held a briefing with White House reporters on Thursday, but people familiar said she didn’t know of Hicks’s positive test at the time. 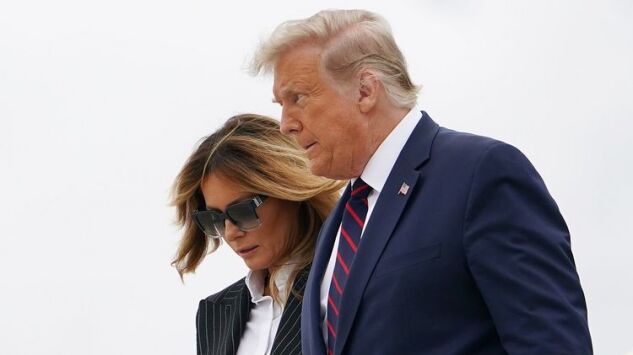 Some of Trump’s closest aides said they sensed on Wednesday that Trump was feeling poorly but they chalked it up to fatigue from an intense campaign schedule. The president seemed exhausted, one person familiar with the situation said.

If Trump were to become incapacitated, the 25th Amendment, which allows for the vice president to take over, would apply. But for now, the president is able to rest and work in the White House residence, people familiar with the matter said.

“Tonight, @FLOTUS and I tested positive for COVID-19. We will begin our quarantine and recovery process immediately. We will get through this TOGETHER!,” the president said on Twitter, hours after Bloomberg News reported that Hicks was ill.

Among the canceled events on Trump’s schedule was a rally in Florida on Friday.

In a memo released early Friday morning, Trump’s physician said that the president and first lady plan to remain at the White House “during their convalescence” and that the medical unit would “maintain a vigilant watch.”

“Rest assured I expect the president to continue carrying out his duties without disruption while recovering, and I will keep you updated on any future developments,” White House physician said.

, a White House spokesman, said contact tracing for Trump and his spouse was being carried out and “the appropriate notifications and recommendations will be made.” Contact tracing for Hicks, he added, was already complete.

Barrett, who was with the president Saturday at a White House ceremony for her nomination, tested negative, a person said. A spokesperson for the Senate Judiciary Committee said her confirmation hearing remained on schedule.

Several other members of Trump’s circle tested positive for the virus earlier this year -- including National Security Adviser .

Trump’s aides had worried that his lack of sleep during the final stretch of the presidential campaign could leave him especially vulnerable to infection. The president did not return to the White House until after midnight following his Tuesday and Wednesday trips. His age also puts him at greater risk for serious illness from the virus.

The development, while a source of concern for Americans, will make it harder for the president to continue trying to shift attention away from the virus and focus on his prized campaign issues, like accusing Democrats of promoting a ruinous socialist agenda and allowing U.S. cities to be overrun by violent protesters.

Trump has sought to diminish the significance of the virus amid surveys showing a majority of Americans disapprove of his handling of the pandemic, which he has said would simply “disappear.” Trump has pushed for states to reopen their economies even as caseloads have surged. 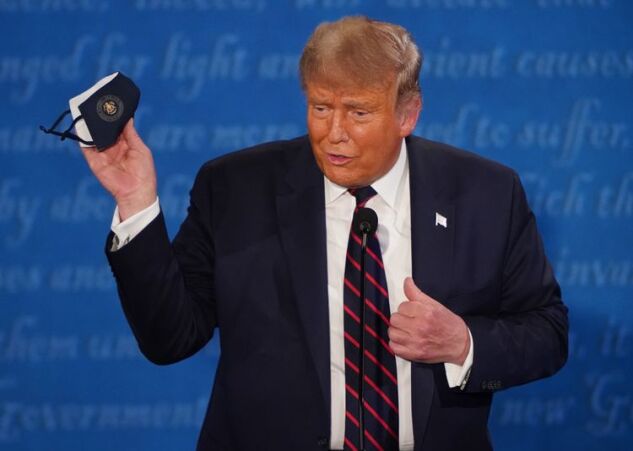 The president, who initially downplayed the importance of wearing masks and later endorsed their use, has seldom worn a face covering in public and also hasn’t followed recommendations about staying six feet away from others. The White House has said those precautions aren’t needed for Trump because people allowed in close proximity are tested for the virus.

“A lot of people don’t want to wear masks. There are a lot of people think that masks are not good,” Trump said in a Sept. 15 town hall event with ABC News.

The president also has repeatedly hosted events where audience members didn’t wear masks or maintain distance from one another.

He held his first indoor campaign rally in months on Sept. 13 at a manufacturing plant in Las Vegas, flouting a Nevada order banning indoor gatherings of 50 or more people or more.

“I’m on stage, and it’s very far away,” Trump said in an , defending his decision to speak to thousands of supporters, few of whom wore masks or practiced social distancing. He spoke at a similar indoor gathering in Arizona the next day. 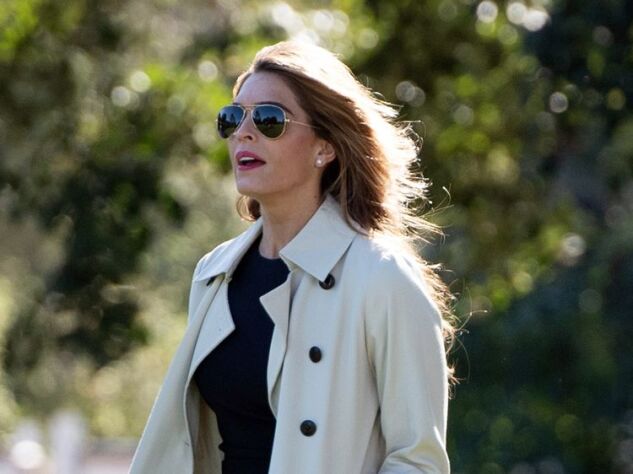 Trump also joins other world leaders who have tested positive for the virus, including Brazilian President , U.K. Prime Minister and Honduran President . All of them survived, though Johnson became seriously ill.

“My best wishes to President Trump and the First Lady,” Johnson tweeted on Friday. “Hope they both have a speedy recovery from coronavirus.