Workers in protective gear prepare to board a quarantined cruise ship in Japan where more than 40 passengers have contracted coronavirus.
(Toru Hanai/Bloomberg)

Hospitals, restaurants, day care centers, nursing homes and hotels may face claims that they didn’t take adequate steps to protect people. Shareholders can sue if companies fail to act effectively in response to the epidemic. Businesses are scrambling to see if their insurance policies cover disruptions caused by the virus. Governments are reviewing their quarantine powers.

“The impact on the global supply chain, I think, is going to be dramatic,” said Paul White, a partner with Wilson Elser Moskowitz Edelman & Dicker who represents insurers.

Some cases have already been filed: The pilots’ union at sued the carrier to , while the city of , California, sued the U.S. government to of quarantined cruise passengers to a state-owned facility there.

Here’s a survey of the likely legal landscape.

The fallout from business disruptions is going to be “very significant in a way we haven’t seen before,” said Joe Balice, a litigator with Brutzkus Gubner in Los Angeles who represents clients in the textile and apparel industry, many of them hit by factory shutdowns in China. 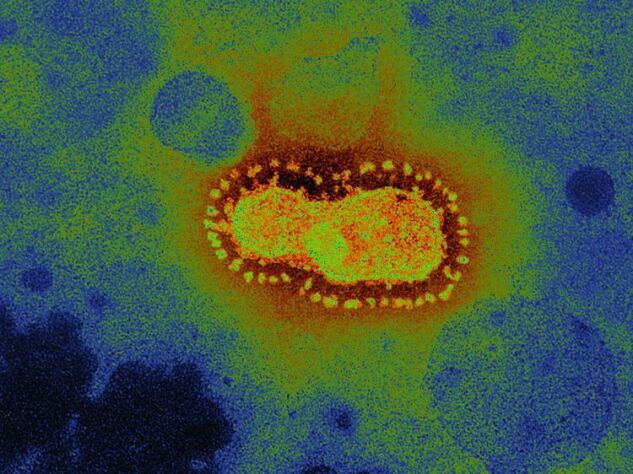 Manufacturers may sue over missed deadlines, while suppliers could sue energy companies, which have already stopped taking some shipments as transportation demand dwindles.

, a partner at Lynn Pinker Cox & Hurst in Dallas, expects to see a surge in disputes over whether force majeure clauses, which frees a contract’s parties from their obligations in the event of an “act of God,” apply to the outbreak.

“Someone can say they can’t perform under a contract because they can’t get supplies from China or their people wouldn’t come to work,” Hurst said. “The other side might say you’re being too cautious or you’re just using that as an excuse.”

Insurers are likely to find themselves in court. Balice said businesses are poring over their policies to see if they’re insured against the coronavirus fallout. “And a lot will find out that they are not,” he said.

Business disruption insurance claims typically deal with physical damage, like a factory that has burned down, not closures ordered to control a virus, Balice said. “This could be an area of insurance litigation for many years to come,” he said.

“Companies which already faced business challenges in the Chinese market could get hit hard if they have limited resources,” said Philipp Senff, head of compliance at the law firm CMS in China.

Some companies have already limited business travel and encouraged employees to work from home. Several industry conferences have been scrapped to prevent large gatherings from spreading the virus.

Now some fear they may be held liable for workers’ participation in meetings or corporate events where employees are exposed. At the same time, efforts to protect staff could run afoul of privacy rules.

“What can they and can’t they ask their workforce about their potential exposure to the virus, travel activities and medical history?” said David Newman, a partner at Morrison & Foerster in Washington, who is leading the firm’s task force on advising clients about the outbreak.

, a partner with Farrell Fritz who represents employers, said she has been contacted by clients with these very concerns, including one who said an employee caused a brief panic after disclosing a diagnosis of coronavirus -- but not the one that’s raising the global alarm.

“This is a fluid situation,” Camacho Moran said. “The right answer on Monday may be different by the time we get to Friday.”

Companies “may need to be more flexible in allowing employees to take sick leave and providing sick pay to motivate them to stay home,” said , a labor and employment lawyer with O’Melveny & Myers in New York.

Businesses that have daily contact with the public or who deal with captive populations are also at risk of getting sued, said , a University of Richmond law professor who teaches mass torts. He cited nursing homes, like the one in Washington state whose residents account for many of the U.S. casualties so far. 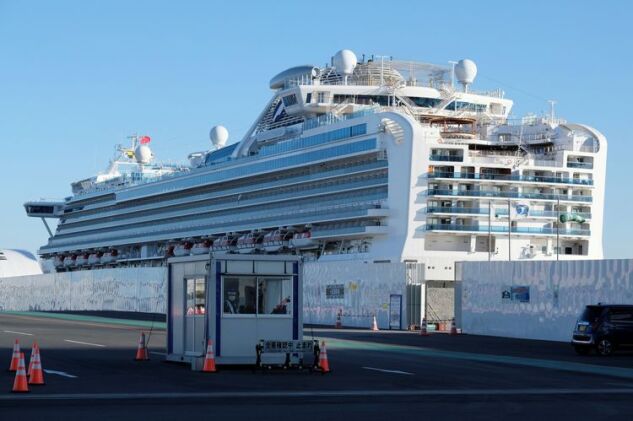 The Diamond Princess docked in Yokohama, Japan, on Feb. 27.
Getty Images via Bloomberg

“The claim could be they didn’t move quickly enough to protect residents once it was clear the virus was a danger, or that they didn’t have proper contingency plans in place,” Tobias said.

Airlines have spent years in European Union courts battling and shaping rules on when they should compensate passengers. The EU’s Court of Justice might again have to weigh in on whether the companies could claim extraordinary circumstances beyond their control to avoid new payouts, EU Transport Commissioner said at a press conference Monday.

In Germany, the season for annual general meetings is about to start. These meetings -- which must be held within the first eight months of the year -- can be big, filling Olympic stadium halls. While it’s still early to gauge what will happen, lawyers are already exploring what can be done with virtual participation and voting.

Government efforts to fight the virus through mandatory quarantines and other such steps are another potential source of litigation, if members of the public push back.

, president of the and a former general counsel of the state’s health department, said officials have “tremendous authority” to trace and isolate virus carriers, based on a “vast body of law” over communicable diseases. The trick for government officials is to weigh public health against individual rights and avoid excesses, he said, citing “some overreaction and stigmatizations” that occurred when health workers who treated Ebola patients in Africa returned to the U.S. in 2014.

On Tuesday, New York State Governor confirmed the state’s second case of coronavirus: a 50-year-old lawyer who works in Manhattan and lives in Westchester County, a suburb of New York City. The lawyer, who has an underlying respiratory condition, has been hospitalized, Cuomo said at a news conference.

The first case was a 39-year-old health care worker who traveled in Iran, which has had a serious outbreak, and who is isolated at home with what Cuomo called mild symptoms. Unlike her case, the lawyer’s presents no clear source of transmission, suggesting the possibility of a new community of person-to-person infection. New York City Mayor said the lawyer’s wife and two children have tested positive for the virus and are isolated at home. 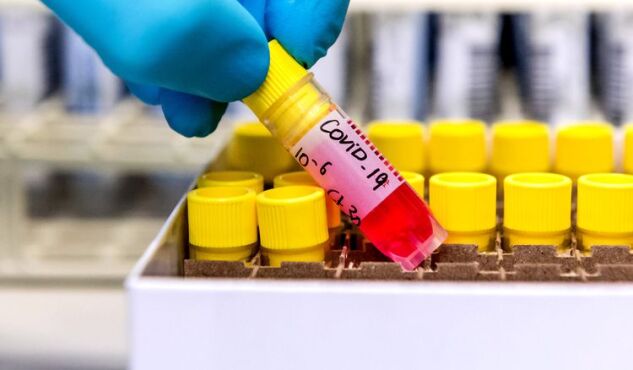 Testing for the virus in a lab in Belgium.
Photographer: Geert Vanden Wijngaert/Bloomberg

Claims involving the government have already arrived. In addition to ’s suit over the proposed transfer of the cruise passengers, San Antonio has sued U.S. Health and Human Services Secretary and other officials over the government’s quarantine of a cruise passenger in the area after she was cleared by two tests for the virus. A third test came back positive -- after her release.

A dozen passengers from the ship, the , have contacted Miami-based to explore litigation against Princess Cruises parent company , and several have retained the firm, partner Michael Winkleman said.

“It’s a very difficult situation for the company, but they should have been familiar from handling on board,” he said, adding that the question is “whether they pursued all reasonable and proper care.”

The cruise line said it did.

Governments must also protect captive populations from infection. , a veteran Texas criminal defense attorney, said he has discussed with a state judge the viral threat posed by prisoners in a Houston lockup.

“The real danger is that the jails have terrible resources, and the coronavirus will likely spread like wildfire in the jail,” he said. “And they’ll bring it straight to the courthouse.”

Prisoners in the Harris County system, which houses the fourth-largest U.S. inmate population, are being screened, and the facility has quarantine experience from managing previous infectious disease outbreaks, said Jason Spencer, a spokesman for the system.

Other lawsuits popping up around the U.S. include claims indirectly related to coronavirus.

A medical staffing agency claims dragged its feet in reviewing applications for H-1B visas for skilled foreigners and that the delays threaten the supply of medical professionals needed to deal with the outbreak.

A suit seeking class-action status alleges that the maker of the hand sanitizer Purell exaggerates its product’s powers to prevent illness.

And then there’s the Manhattan lawyer who asked a court to excuse a delay in suing for a trip-and-fall over a manhole cover. It was “due to the extraordinary and unforeseen circumstance” of his being stuck in China for six weeks, he explained.

(Updates with case of Manhattan lawyer under Quarantine Power)

To contact the editors responsible for this story:
at dglovin@bloomberg.net