Outside of an IRS audit, fewer things are scarier than a good suspense film.

One of the best is the 1954 Hitchcock masterpiece, “Rear Window.” In the movie, Jimmy Stewart’s character, Jeff, is wheelchair-bound and bored, so he spies on his neighbors. 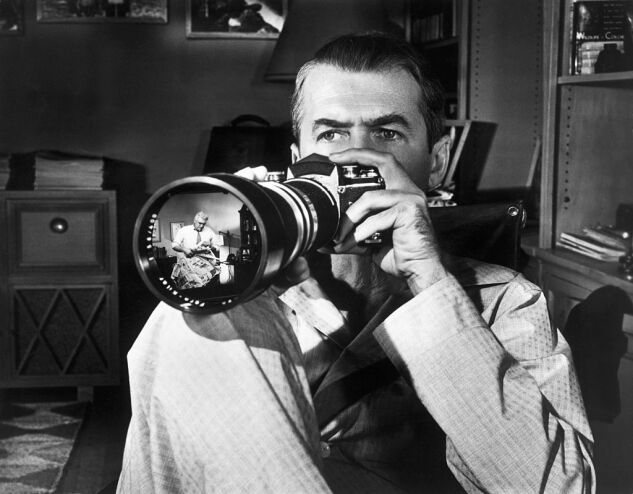 But what starts out as a way to pass the time becomes frightening when he believes there’s something nefarious happening. His friend, the police officer, doesn’t believe him, prompting him to ask, “You mean to say you can explain everything that’s gone on over there and is still going on?” The lieutenant responds, “No, and neither can you.”

One of the common themes in the movie is that things are often not as they seem—you can’t explain everything. That’s true in tax, as well. For every tax law or rule that appears settled, there’s an argument to be made. That may well be the reason that so many of us like the tax profession so much: It’s the opportunity to look at a problem in a new way.

This week, I matched up some of my favorite Hitchcock movies with themes we encounter in the tax world, complete with our tax professionals’ expert analysis.

While we can’t always explain everything, we can rely on statutes, laws, and experts to make a good argument. From statute tolling to digital tax solutions, here’s what our tax professionals are talking about this week.

At the climax of “Vertigo,” Jimmy Stewart’s Scottie is forced to face his fear of heights and learns that taking an assertive tack doesn’t always pay off. In New Accounting Method Rules Are No Cause for Celebration for Cannabis Taxpayers, Kat Allen of Wykowski Law in San Francisco suggests that caution is required when dealing with federal tax code Section 280E. She cautions that recent arguments that businesses that pursue a tax-aggressive strategy could ultimately be harmed. 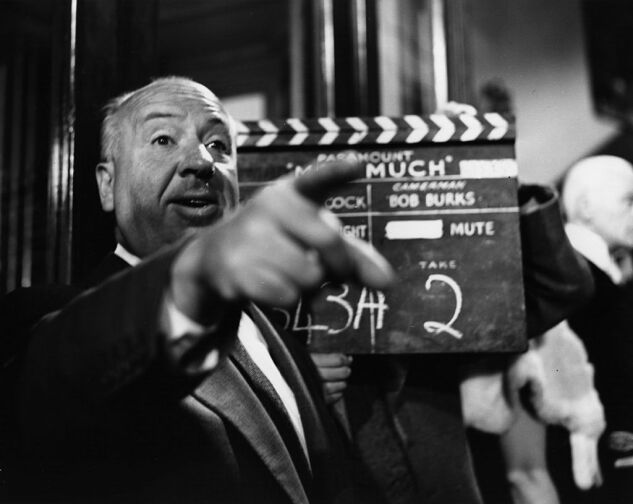 Film director and auteur Alfred Hitchcock filming “The Man Who Knew Too Much,” a Paramount remake of his 1934 spy thriller.
Photo by Baron/Hulton Archive/Getty Images

Timing plays a vital role in “The Man Who Knew Too Much,” a theme we know all too well in the tax world. In New York Slice: Executive Orders Create Continued Administrative Tax Appeals Deadline Confusion, Michael Hilkin and Jeremy Gove of Eversheds take a look at tolling deadlines. The issue? New York Governor Andrew Cuomo (D) issued a series of executive orders in 2020, but there is confusion over whether the executive orders apply to filing administrative tax appeals.

In “North by Northwest,” an innocent man is pursued across the country in a case of mistaken identity. It’s a theme that Hitchcock loved to use in his movies, and while such mix-ups can be a compelling story, it doesn’t always end well. Former Pennsylvania state Senator Vincent J. Fumo found this out when he attempted to convince the Tax Court that they didn’t have the right man, arguing that he should not be subject to the excise tax since he had no formal position with the charity. As Richard L. Fox of Buchanan Ingersoll & Rooney explains in Former Pennsylvania State Senator Subject to Excise Tax on Misused Charity Funds, the U.S. Tax Court disagreed.

In one of the most famous scenes in “To Catch A Thief,” Grace Kelly’s character sports a fake diamond necklace—a fact that Cary Grant’s Robie picks up on immediately. Proving authenticity isn’t always that easy. Having a nearly unbreakable chain of ownership can help, which is one reason nonfungible tokens (NFTs) are gaining popularity. The related issues, including valuation, will be important considerations for future charitable donations of NFTs, explains Russell Willis of Charitable Solutions LLC in A Magical Action for Naught: Nonfungible Tokens.

In “Suspicion,” Joan Fontaine does not trust her new husband. He’s trying a little too hard to be someone he’s not—but is he also a danger? Figuring out your risk is critical, and one of the main purposes of DAC6 is to enable EU member states to react promptly to harmful tax practices. In Transfer Pricing and DAC6—Going Beyond the Dedicated Hallmarks, Xavier Daluzeau, Céline Pasquier and Delphine Groux of CMS Francis Lefebvre Avocats discuss the DAC6 provisions which directly or incidentally address transfer pricing issues.

The audience knows the crucial details of the bomb that Stevie is carrying in “Sabotage” as he sets off across London, even if he doesn’t. That’s part of what makes the movie so compelling as he winds his way through the streets, encountering one obstacle after another: What will happen at the end? Much of the tax world feels similarly about the march towards a global tax solution. In Consensus and Pillar One—An Indian Perspective, Ipsita Agarwalla and Meyyappan Nagappan of Nishith Desai Associates discuss the latest attempts to reach a consensus-based solution for digital taxation, with a view of the Indian context and perspective and the potential impact for developing countries such as India. And on the U.S. side, Andrew O’Brien-Penney and Tamara Levin recently co-authored a special report with other members of Baker McKenzie’s global tax practice. You can check out the excerpted report, A Brave New World: Transfer Pricing for Digital Transformation, and then listen in as they discuss the report and their experiences advising multinational companies in Transfer Pricing: Digital Transformations and Transparency on the Taxgirl podcast. 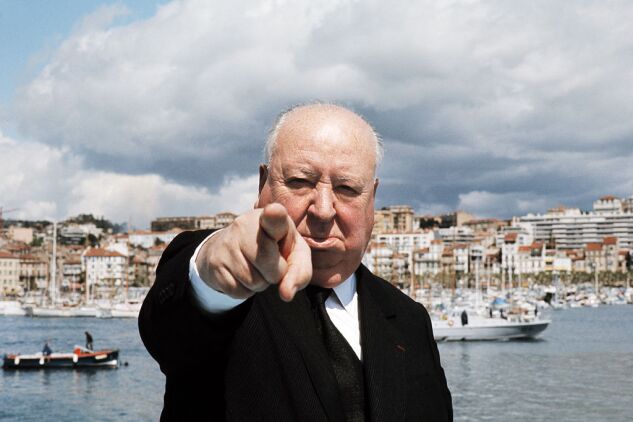 Picture taken in May 1972 of British film director Alfred Hitchcock (1899-1980) posing on a boat in Cannes before the international film festival.
Photo AFP via Getty Images

From “Rope” to “Spellbound,” Hitchcock was a master of illusion. But in real life, that’s not always a good thing. In the legal world, opening up the practice of law and law firm ownership to “paraprofessionals” is being promoted—including by investors—as a way to improve access to justice. But California attorney Genie Harrison, president of the Consumer Attorneys Association of Los Angeles, says that this concept isn’t supported by data. In Paraprofessionals Won’t Fix the Access to Justice Problem, she says such a move will seriously undermine the integrity of the legal profession.

This week’s spotlight is on tax whistleblower lawyer Randall Fox. Fox is a partner in the law firm of Kirby McInerney, where he represents tax whistleblowers. Prior to that, Fox was the founding Bureau Chief of the New York Attorney General’s Taxpayer Protection Bureau, where he handled and supervised cases under New York’s newly enacted tax whistleblower provision as part of the state’s False Claims Act. The law provides financial incentives for whistleblowers to come forward with lawsuits about persons who have committed fraud against the government.

Ready to blow off some steam after a long (long) tax season? Bloomberg Tax is challenging you to a virtual 5k. Run as fast as you want—or take a walk just to enjoy the fresh air—and earn a cool medal. And since #TaxTwitter loves its waffles, pancakes, and other breakfast foods, we’re paying it forward by donating the proceeds to World Central Kitchen to fight hunger. You can sign up here. 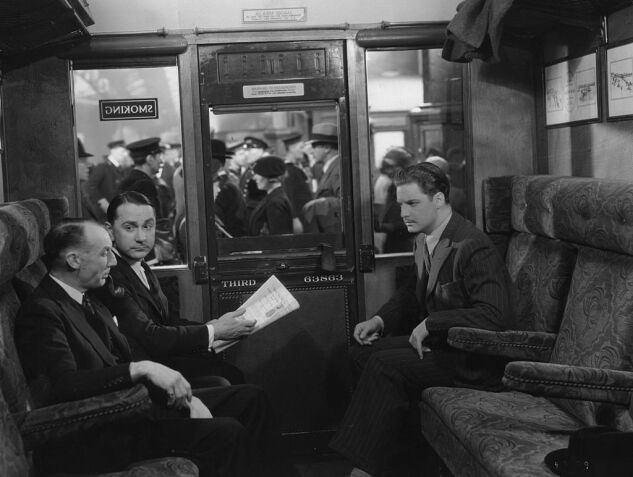 British actor Robert Donat (on right) in ‘The 39 Steps’, directed by Alfred Hitchcock and produced by Gaumont International.
Photo by Hulton Archive via Getty Images

Hitchcock is credited with directing 13 feature films in the 1930s, including “The 39 Steps,” considered one of his best.

On May 28, 2021, the Treasury Department issued its first “Greenbook” since the FY 2017 edition was released in 2016. The Greenbook provides much-anticipated details of President Biden’s tax policy proposals. You can find a summary of the Greenbook in our BTAX OnPoint here.
*Note: Your Bloomberg Tax login will be required to read the Greenbook OnPoint.

We hope you found Weekend Insights valuable. We’d love to hear your suggestions for making it more enjoyable. Here’s our email: TaxInsights@bloombergindustry.com. Thank you for reading!