Treasury Secretary said she expects Congress to take action soon to bring the U.S. into line with a global minimum tax agreed on last week by 136 countries.

“I am confident that what we need to do to come into compliance with the minimum tax will be included in a reconciliation package,” Yellen said Sunday on ABC’s “This Week,” referring to a spending bill Democrats are preparing.

An overhaul of how to tax multinational companies took a forward Friday in talks hosted by the Organization for Economic Cooperation and Development. Countries agreed to enforce a minimum corporate tax rate of 15%. 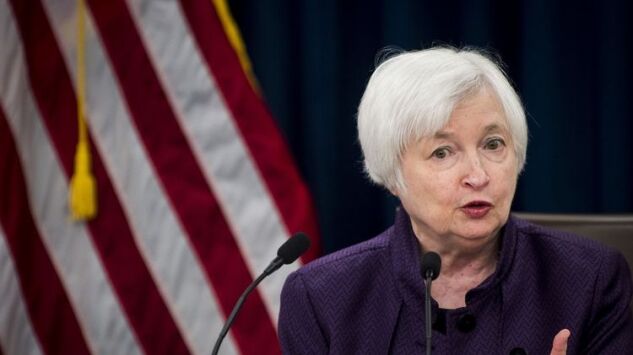 Yellen also expressed confidence that Democrats would come to an agreement over the content and size of a long-term spending package. Party moderates have rejected the $3.5 trillion headline number President had proposed. Senator , a Delaware Democrat, said on “Fox News Sunday” he expects the number to be whittled down to about $2 trillion.

“This is a healthy give-and-take going on right now among Democrats with different points of view,” Yellen said. “We do have a limit on the amount we can spend and there are hard trade-offs that are going to have to be made.”

She also repeated her warnings about the consequences should Congress fail to further raise or suspend the U.S. debt ceiling.

Republicans agreed to a temporary solution last week, pushing the deadline back to December but continue to insist they won’t cooperate in a longer-term raise or suspension of the ceiling.

Should the U.S. fail to meet its financial obligations, Yellen said, would risk a recession and damage the country’s credit rating.

“It’s absolutely imperative that we raise the debt ceiling,” she said.

To contact the reporter on this story:
in Washington at ccondon4@bloomberg.net