followed two big rivals in setting aside billions of dollars for loans likely to sour amid an almost total U.S. economic shutdown.

Profit plunged 45% as the company $4.76 billion for loan losses, the most since 2010, as businesses and households reel from the coronavirus pandemic. The bank joins competitors and , which posted their highest provisions in a decade Tuesday. made a Wednesday.

Banks are trying to get ahead of loan losses they expect to come from the pandemic bringing large swaths of the global economy to a virtual standstill. While defaults haven’t yet spiked in a meaningful way, bank efforts to build up their reserves show they’re bracing for a severe recession.

“We’re now being tested in a new environment,” Chief Executive Officer said on a conference call with analysts Wednesday. “We didn’t know what economic challenges might cause us to have to demonstrate this resilience. That challenge is upon us now.” 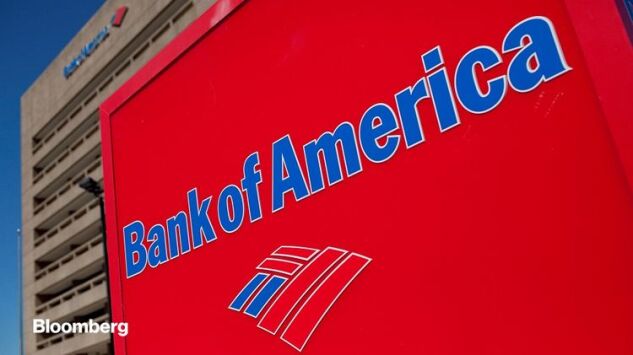 Moynihan has been a prominent voice in business since the Covid-19 crisis began, appearing alongside other bank CEOs at the White House in early March to discuss its economic impact. He’s pledged to and , and highlighted the lender’s efforts and its in the government’s small-business rescue program.

It hasn’t all gone smoothly. Despite being the first bank to accept applications for the rescue program, the company is a lawsuit for favoring existing borrowers. Last week, CNBC and the New York Times reported Bank of America’s sales and trading staff are to come to the office even as they become increasingly concerned about the spread of the virus.

The bank’s first-quarter provision for credit losses was almost five times the $1 billion it set aside a year earlier. On top of the worse economic picture, banks are adopting a new accounting standard this year known as CECL, which requires them to set aside provisions earlier in a cycle. 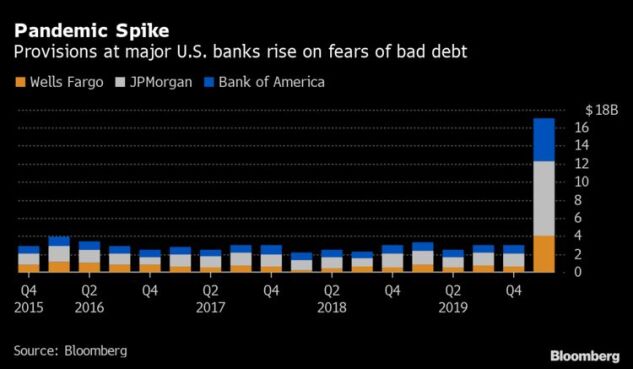 While Bank of America’s nonperforming loans fell from a year earlier, they were up 13% from the fourth quarter. With the first-quarter provision and a separate addition related to CECL, the lender’s allowance for loan losses is now almost $7 billion higher than it was in December. The reserve for credit-card losses is double what it was at the end of 2019.

Net interest income -- revenue from customers’ loan payments minus what the company pays depositors -- fell 2% to $12.1 billion in the first quarter. On a fully taxable-equivalent basis, the figure was $12.3 billion, exceeding the $11.7 billion average estimate of nine analysts in a Bloomberg survey. Trading revenue jumped more than expected as the firm benefited from volatile markets and active clients.

The bank is preparing for an initial sharp drop this quarter and an economic slump that will extend well into next year, Chief Financial Officer said on the conference call. That means NII could approach $11 billion this quarter, and will be largely driven by low interest rates and the impact of the virus on the economy.

“We view it as a recessionary outlook -- we wouldn’t describe it any other way,” Donofrio said.

Also in the fourth-quarter results:

To contact the reporter on this story:
in New York at lnguyen35@bloomberg.net