The U.K. government approved the extradition of to the U.S. to face criminal fraud charges, hours after a London judge ruled the tech tycoon was in the $11 billion sale of his company.

The extradition decision by Home Secretary Friday doesn’t mean that Lynch will be getting on a plane anytime soon. Lynch can appeal the order and a separate court’s decision allowing his extradition. 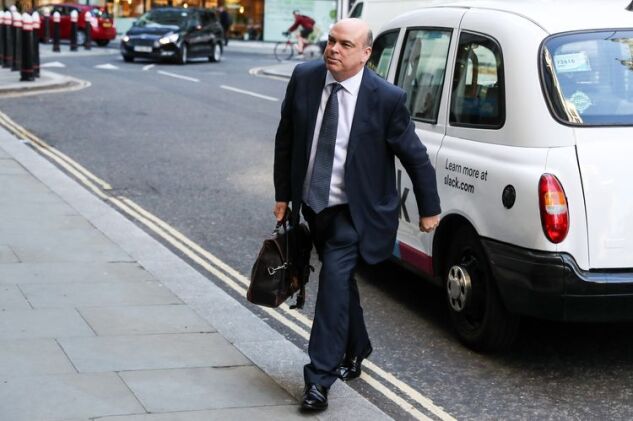 It’s the latest in more than a decade of twists and turns following the 2011 sale of Lynch’s Autonomy Corp. to A year after the sale, the Silicon Valley hardware giant wrote down the value of the deal by $8.8 billion.

In 2015, HP filed suit against Lynch and the company’s vice president of finance, seeking $5 billion in damages. Earlier Friday, the judge in that case said HP was “induced” into buying the company. Lynch, who earned more than $800 million from the deal, was “well aware” of the fraudulent strategies to dress up the British-based software company ahead of the purchase, the judge said.

The U.S. government in 2018 Lynch and the finance chief with 13 counts of wire fraud and one count of conspiracy, alleging they artificially inflated sales figures in a bid to meet or exceed analysts’ quarterly expectations, keep the share price high and make the company appear attractive to a buyer.

“Dr. Lynch firmly denies the charges brought against him in the U.S. and will continue to fight to establish his innocence,” Morvillo said in an emailed statement. “He is a British citizen who ran a British company in Britain subject to British laws and rules, and that is where the matter should be resolved. This is not the end of the battle -- far from it.”

The British government’s decision on one of the country’s most high-profile tech businessmen -- and a one-time adviser to former Prime Minister -- was viewed as a test of the U.K.-U.S. extradition treaty, which critics call highly unequal. The U.S. has refused one U.K. extradition request, while the U.K. has refused 24. Last month, a judge allowed the of Julian Assange to the U.S. to face charges, a ruling that is being appealed.

Patel and the Conservative Party have regularly fought the courts and are considering ways to curtail the powers of judges.

“Under the Extradition Act 2003, the Secretary of State must sign an extradition order if there are no grounds to prohibit the order being made,” the Home Office said in an emailed statement.

Lynch has been battling extradition in the U.K. courts. He lost a first attempt when a judge said in July he should be sent to the U.S. He’d insisted from the outset that the case should not be heard in the U.S., asserting that none of the alleged misconduct took place overseas.

(Updates with statement from Lynch’s lawyer.)

To contact the reporter on this story:
in London at jbrowning9@bloomberg.net