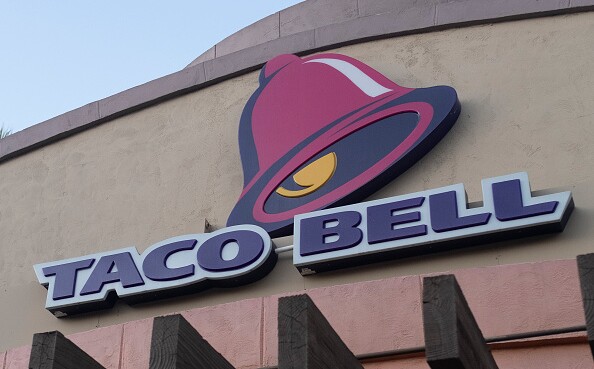 A Taco Bell restaurant in Mountain View, Calif. The company is a major franchiser.
Photo by Yichuan Cao/NurPhoto via Getty Images

Liability for wage and hour violations rests jointly among employers that share and control an employee’s services only when a four-factor test is satisfied, the Labor Department said Jan. 12.

The department’s joint-employer final rule (RIN 1235-AA26) is to take effect March 16, the department said in a news release.

Joint employment exists when an employee performs work for an employer that simultaneously benefits another entity that is acting, directly or indirectly, in the employer’s interest with regard to the employee, the department said.

The four-factor test weighs these considerations:

Economic dependence by an employee on an employer does not determine whether it is a joint employer under the federal Fair Labor Standards Act, the department said. Joint-employer status also is rendered no more or less likely a determination based on an employer’s franchiser, brand, supply, business model, or by certain contractual agreements or business practices, it said.

Factors traditionally used to establish if a worker is an independent contractor, such as the opportunity for profit or loss or investment in materials and equipment, are irrelevant to a determination of joint-employer status under the final rule, a department fact sheet said. Also irrelevant would be whether agreements exist among the employers related to branding, supplies, or quality control standards, as well as whether an employer provides another entity with a sample employee handbook or other forms, it said. Whether one employer allows one of the other employing entities to operate on its premises, offer or participate in its association health plan or retirement plan, or jointly participate in an apprenticeship program also is irrelevant, the department said.

Additional factors were identified in the final rule that may be relevant to a joint-employer status determination and several scenarios are provided as examples of how the department’s joint-employer guidance might be applied.

Employers that are determined to be sufficiently associated with respect to an employee’s employment are joint employers. As joint employers, they must aggregate the hours that the employee worked for each employer to determine if they are in compliance with FLSA wage and hour requirements. To compute overtime under the FLSA, the time worked for all the employers must be totaled.

The Joint Employer Status Under the Fair Labor Standards Act final rule marks the first revision and clarification of existing joint-employment guidance in 60 years, and is meant to promote “greater uniformity among court decisions by providing a clearer interpretation of FLSA joint employer status,"which helps employer better comply with the FLSA and reduce lawsuit costs, the news release said.

The rule to narrow joint-employer liability was proposed April 1, 2019, and a 60-day comment period was extended to June 25, 2019, after worker advocacy groups requested for more time to weigh in on the measure.

More information about the rule, which was published Jan. 16, 2020, in the Federal Register (85 Fed. Reg. 2820), is available at the Labor Department’s Wage and Hour Division. A set of frequently asked questions and answers and examples also are available.

(Updated to reflect the rule’s Jan. 16 publication in the Federal Register)

To contact the reporter on this story: Christine Pulfrey in Washington at cpulfrey@bloombergtax.com

To contact the editor responsible for this story: at mtrimarchi@bloombergtax.com