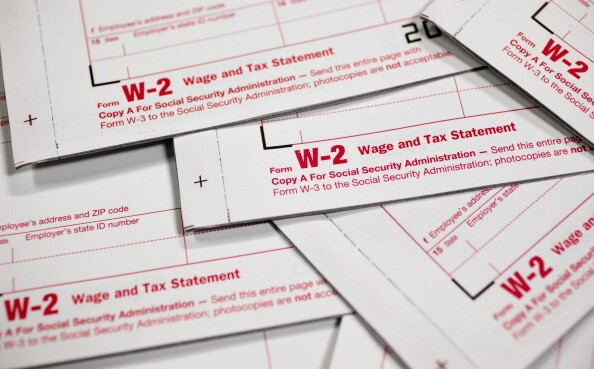 A Supreme Court decision on the enforcement of mandatory arbitration agreements between employers and employees started with an email phishing scam that involved Forms W-2.

The high court, in a 5-4 ruling April 24, reversed a ruling by a federal appeals court that had allowed class arbitration after an employee said a fraudulent individual federal income tax return had been filed using his name and tax information.

The phishing attack occurred in 2016 after a hacker, impersonating a company official, tricked an employee of Lamps Plus Inc. of Los Angeles into disclosing the information on Forms W-2, Wage and Tax Statement, of about 1,300 employees.

One of the victims, after learning that his was a victim of the fraud, filed a class action in federal district court against the employer, which sought to dismiss the lawsuit because an arbitration agreement was part of Lamps Plus employment contracts. The agreement called for individual arbitration as opposed to a class action.

The district ruled that the employee’s claim was to be debated in arbitration as part of a class action. The employer appealed to the Ninth Circuit, which affirmed the lower-court ruling.

The Supreme Court, in reversing the Ninth Circuit in favor of the employer, said “shifting from individual to class arbitration is a fundamental change” that “sacrifices the principal advantage of arbitration” and “greatly increases risks to defendants.”

The move toward individual arbitration has become a key trend in workplace class actions. The landscape was shaped by the Supreme Court’s 2018 ruling in Epic Systems Corp. v. Lewis(138 S. Ct. 1612), which said employers may enforce arbitration agreements signed by workers, even if they prohibit class-action claims.

The Epic Systems ruling was one of the most important workplace class action rulings in the last two decades and it was cited in the high court’s April 24 decision in Lamps Plus. “It is already having a profound impact on the prosecution and defense of workplace class action litigation, and in the long run, Epic Systems may well shift class action litigation dynamics in critical ways,” the law firm Seyfarth Shaw said in its 15th annual “Workplace Class Action Litigation Report,” which was released Jan. 8, 2019.