Ben Penn: The home-care industry is backing lawsuits across the country in a bid to overturn a U.S. Labor Department rule that extended overtime pay to some 2 million home health-care workers.

As the White House and Democratic lawmakers hype the importance of creating good-paying home-care jobs through President ‘s infrastructure plan, the industry has helped finance a legal attack on the federal government’s mechanism intended to boost wages for workers who provide in-home care for the elderly and disabled, according to a source familiar with the effort.

The attorneys bringing the litigation seek a U.S. Supreme Court decision that would make it easier for businesses in any economic sector to exclude workers from time-and-a-half overtime wages.

“The reason why we support continuing this litigation is really not an anti-worker approach,” Dombi said. “We’re supporting it as a message back to third-party payers, in particular, that they’ve got to come to the table for better support for these workers.”

DOL in 2013 issued a rule narrowing the Fair Labor Standards Act’s exemption for domestic service workers, making home-care workers eligible for minimum wage and overtime. Industry groups sued to block the rule, but lost at the U.S. Court of Appeals for the District of Columbia Circuit. The high court declined to review the case in 2016.

This fueled a wave of government investigations and litigation accusing home-care agencies of owing back pay to caregivers who weren’t paid the time-and-a-half premium for hours beyond 40 in a week. 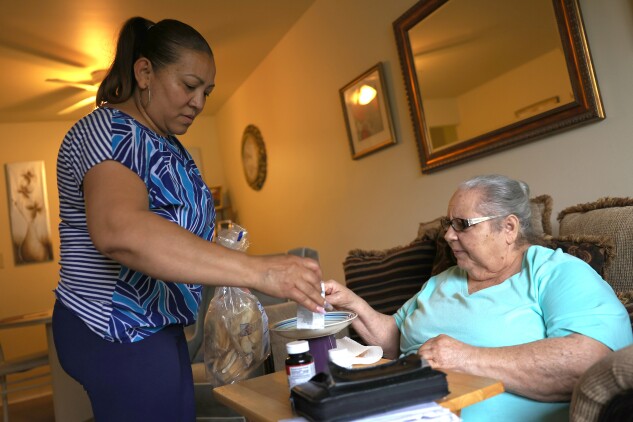 The Supreme Court altered the calculus in 2018 by holding in Encino Motorcars v. Navarro that FLSA exemptions are entitled to a “fair reading.” The justices rejected the longstanding high court interpretation that wage law carveouts must be construed narrowly.

Now, the industry wants another crack at the DOL rule.

“We think that Encino establishes that the Department of Labor used the incorrect standard in changing the rule, so that issue, I think, definitely has a chance to go to the Supreme Court,” said Angelo Spinola, a shareholder at the law firm Polsinelli.

He’s representing home-care agencies challenging the validity of the 2013 rule in at least three pending suits in separate court districts. A similar suit will soon be filed in a fourth district, Spinola said.

The strategy is to create a circuit court split that would increase the chances of Supreme Court action.

The business community would rejoice if the high court’s conservative majority overturned the overtime eligibility of home-care workers, while also expounding on Encino with a broadly applicable explanation of what constitutes a “fair reading” of FLSA exemptions.

Some see it as an effort to undermine economic security for a vulnerable workforce comprised mostly of women of color.

“I can’t imagine that eliminating the overtime rule would be part of that struggle to achieve good, quality health-care jobs,” said Laureve Blackstone, a partner at Levy Ratner, who represents home-care worker unions.

Chris Marr: Blue states are adjusting rules for receiving jobless aid, in a nod to the “back to work” pressures that prompted more than 20 red states to end enhanced federal benefits months early.

Democratic-led states are increasingly reviving work-search requirements, after more than a year of waiving them.

Delaware, Kentucky, Louisiana, Maine, Michigan, New Mexico, Nevada, and Virginia have resumed enforcement or said they will do so in the next several weeks. Several Republican-led states, including Florida, Georgia, Indiana, Massachusetts, and Montana, have done the same. Altogether, more than 30 states have announced the return of work-search rules.

It’s part of a broader push to get long-term unemployed people back to work, after businesses and conservative policymakers blamed hiring difficulties and April’s slow job growth on the enhanced federal benefits, which are scheduled to last until early September.

At least a few Democratic-led states are exploring “back to work bonuses.” Connecticut’s offering $1,000 and Colorado $1,600 to people receiving unemployment benefits who land a job. Similar incentives are being offered in Arizona and Montana, two states where Republican governors opted out of expanded federal unemployment aid.

“The intent of the program is to help people make the decision to go to work when it’s safe and they’re able and available to work,” Joe Barela, executive director of the Colorado Department of Labor and Employment, said May 21. 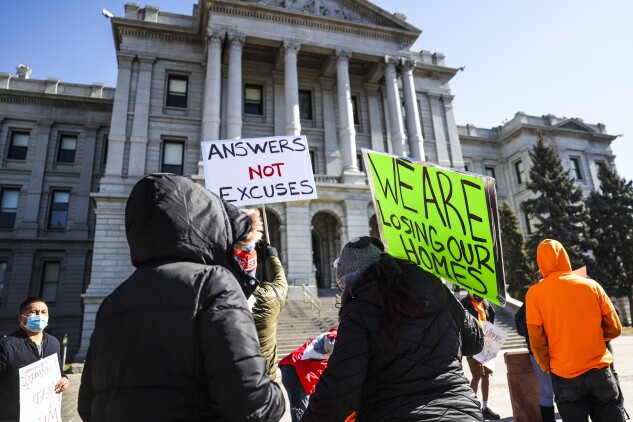 Protesters who lost their jobs due to the pandemic demonstrate outside the Colorado State Capitol to demand greater financial relief on Feb. 8, 2021.
Photographer: Michael Ciaglo/Getty Images

The White House and progressive economists have disputed the notion that jobless aid is causing a worker shortage. Nevertheless, Biden has urged states to resume work-search rules, ensure they’re not granting benefits to people who refuse “suitable” job offers, and revive job-placement and training programs.

Not all states have heeded the call, as a handful of Democratic-led states are still waiving or modifying their work-search rules, including California, New York, New Jersey, and Pennsylvania.

New York never fully waived its work-search requirement, but exempted people who were laid off when their workplace closed due to Covid-19 if their employer planned to call them back upon reopening. That exemption remains in place, per the state labor department’s website.

The Securing a Strong Retirement Act of 2021 was approved by the House Ways and Means Committee this month. In the Senate, the Retirement Security and Savings Act was introduced May 21 and could be brought up in committee this summer, legislative aides said.

The measures would allow employers to treat their workers’ student-loan repayments like retirement plan salary deferrals when calculating matching contributions. That would clear a regulatory hurdle that, retirement advisers say, has prevented businesses from enhancing benefits packages. 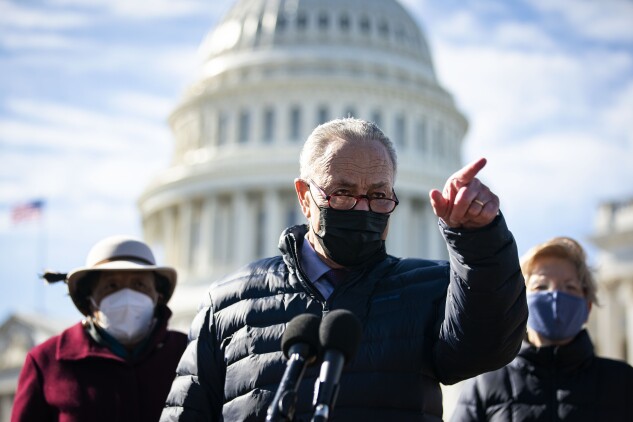 The IRS sparked a wave of interest from employers in 2018 when it issued a private letter ruling that permitted a medical device manufacturer to make nonelective retirement contributions based on workers’ student loan payments. That ensures younger workers save at least some for retirement while they work toward paying off college debt.

That eliminates a huge swath of 401(k) providers that offer test-exempt plans. It also limits how broadly the benefit can be applied by employers that get IRS permission to offer it.

“In order for employers to pass that testing, they have to provide benefits equally,” said Liz Deckman, a partner at Seyfarth Shaw LLP in Seattle. When offering the limited, IRS-approved benefit, she added, “employers would usually limit it to non-highly compensated employees who may have the least student-loan debt.”

Congress helped to goose interest by including a provision in last year’s CARES Act that allows employers to directly pay down as much as $5,250 of an employee’s yearly student-loan debt. The measure expires in 2026.

“There’s kind of an open question lingering now about which of these is going to become more popular,” Jeffrey Holdvogt, a partner at McDermott Will & Emery LLP in Chicago, said of the proposals. “I don’t see employers waiting around for legislation, but I also know that many like the idea of making this part of their 401(k) package.”

Programming Note: Punching In won’t publish on Memorial Day May 31. We’ll be back on Monday, June 7.

We’re punching out. Daily Labor Report subscribers, please check in for updates during the week, and feel free to reach out to us.