It’s a short work week for many of us in the U.S., since Thanksgiving is on Thursday. For those Americans who have the day off, there is no shortage of things to do.

In many homes, Thanksgiving is synonymous with cooking and eating big turkey dinners loaded with sides. Americans are expected to consume about 8.1 billion calories on turkey day. 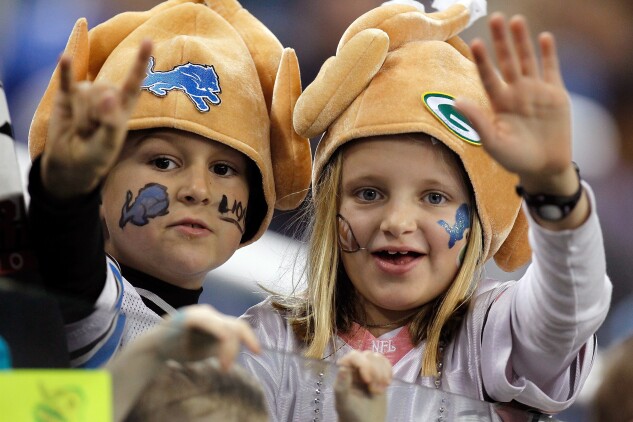 Detroit Lions and Green Bay Packers fans cheering on their teams during a Thanksgiving 2011 game in Detroit.
Photographer: Gregory Shamus via Getty Images

For millions, it can also mean hitting the sales on Black Friday. We’re apparently in the holiday spirit, with the National Retail Federation reporting that nearly 2 million more people will shop from Thanksgiving Day through Cyber Monday this year compared with last year—an estimated 158.3 million total shoppers.

No matter how you spend the day, I hope you’ll take some time to be thankful.

In the tax profession, we have a lot to be grateful for, including clients who keep us on our toes, and terrific colleagues who graciously share their experience and expertise on topics from OECD to SALT to OIC—and all of the acronyms in between.

On a personal level, I am so thankful to all of you—for making my first year at Bloomberg Tax so amazing. Your kind words and support—as well as your feedback—make me and my team better, and I really do appreciate it. I hope to continue to offer the latest federal, state, and international tax analysis together with, as Dave Lifson, a partner with Crowe LLP, recently said at the AICPA National Conference, a little humanity.

This week, our experts—for whom I’m always thankful—touched on a wide range of topics, from VAT refunds to cryptocurrency. For a look at what’s making news, here’s our roundup:

It can be gratifying to be able to sell a company and reap the rewards of your hard work. Most transactions involving the buying and selling of a business can be organized into one of two categories: an asset sale or a stock sale. In Tax Structures in Buying or Selling a Business, Mark Gallegos, CPA, MST, a tax partner at Porte Brown, reminds us that structuring the transaction as an asset sale will have different tax ramifications than a stock sale, and discusses some key issues.

Getting potential reporting obligations correct—to ensure compliance and to mitigate the risk of penalties—is a reason to give thanks. In Luxembourg’s Mandatory Disclosure Regime (DAC6)—Are You Ready For Audit?, Oliver R. Hoor and Romain Tiffon of ATOZ Tax Advisers consider the requirements for compliance with reporting obligations since the introduction of the mandatory disclosure regime in Luxembourg, and discuss what issues tax advisers and taxpayers need to be aware of when preparing for scrutiny by the tax authorities.

We’re always grateful for clarity, especially when it comes to sorting out tax and accounting issues. Redemption obligations are different from other types of corporate obligations. In Redemption Obligation Is Not A Corporate Liability, Robert Willens takes a look at a recent court case focusing on whether life insurance proceeds used to satisfy a stock purchase agreement increase the value of a closely held corporation. 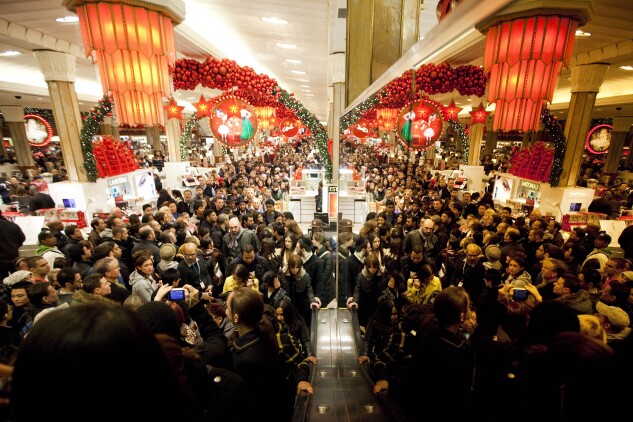 Merchants are thankful for the ringing of registers, but don’t always love the resulting paperwork. Because sales tax has so many dependencies, it takes ample time and resources to get right. In Survey Uncovers the Hidden Cost of Manual Sales Tax Management, Liz Armbruester of Avalara discusses key findings of a survey of small and midsize U.S. businesses across the manufacturing, retail, and software industries to understand the cost of manual sales tax compliance.

While many in the tax world are thankful to see a global tax deal nearing, there’s still work to be done. On Oct. 30, 2021, the G-20 leaders hailed the two-pillar agreement reached by the OECD-led Inclusive Framework on BEPS on taxing large multinational businesses. In Pillars One and Two: Does the OECD Have a Tiger by the Tail?, Jeff VanderWolk of Squire Patton Boggs discusses the prospects for implementation of the agreement in the foreseeable future.

Thankfully, revenue didn’t slump as much as feared during the pandemic. Still, tax authorities are attempting to improve tax collection and increase revenue. In U.K.'s Tax Authority Nudges ‘Non-Doms’ to Improve Compliance, Gary Ashford of Harbottle & Lewis explains one tool used by the U.K. tax authority to increase awareness and compliance by non-domiciled individuals.

Investors are giving thanks for current crypto returns. But a recent report on the future of stablecoins—a new class of cryptocurrency—suggests that some changes may be on the horizon. In Stablecoins: Systemically Important, Soon to be Regulated, Andrew Leahey, a tax and technology attorney, takes a look at the potential tax implications.

Many tax pundits are cheering the new tax agreement, but what will it mean going forward? In Global Consensus On Taxing Digital Economy—Challenges Ahead, Rakesh Nangia and Neha Malhotra of Nangia Andersen look at the new global tax accord and the implementation challenges which may lie ahead, with issues still to be resolved. They also discuss what it means for India.

Taxpayers are always grateful for refunds. In European Court of Justice Explains Rules on VAT Refunds, Aiki Kuldkepp of Grant Thornton reviews two decisions of the Court of Justice of the European Union which are significant for businesses requesting VAT refunds, as they clarify the rules on invoice requirements and timing.

Most workers are grateful to see payday—but would they want to share their pay details with their colleagues? Finland already publishes the taxable income of every citizen each year, creating an annual media frenzy and drawing legal challenges on privacy grounds. But, Therese Rafael says in Should You Know How Much Your Colleagues Earn?, the tax data doesn’t give a complete picture, and now there’s a movement to take the transparency mandate further in order to close the gender pay gap.

Many of us are thankful for flexible work schedules. Nearly half—45%—of full-time U.S. employees worked from home at least part of the time in September, according to Gallup. Those numbers were the same as those in July and August, suggesting that workers may be settling into a new normal. As employees increasingly embrace the idea that work doesn’t always have to happen inside an office building, some employers are struggling to adjust. Beyond the obvious—tech and communications issues—employers must sort out tax issues that aren’t quite so obvious. Here’s a look in It’s November 2021: Do You Know Where Your Workers Are?

Our Spotlight series highlights the careers and lives of tax professionals across the globe. This week’s spotlight is on Enrolled Agent Taylor Keitt.

It was gratifying for some to see an agreement at the COP26 conference focused on global emissions trading markets. But there wasn’t any movement on carbon taxes. On this week’s episode of Talking Tax, Frank Eich, an economist with U.K. consultancy CRU, spoke to Bloomberg Tax’s Michael Rapoport about the COP26 developments and the future of carbon taxes. And Sanjay Patnaik, director of the Brookings Institution’s Center on Regulations and Markets, spoke to Bloomberg Tax’s David Hood about what’s happening in the U.S. 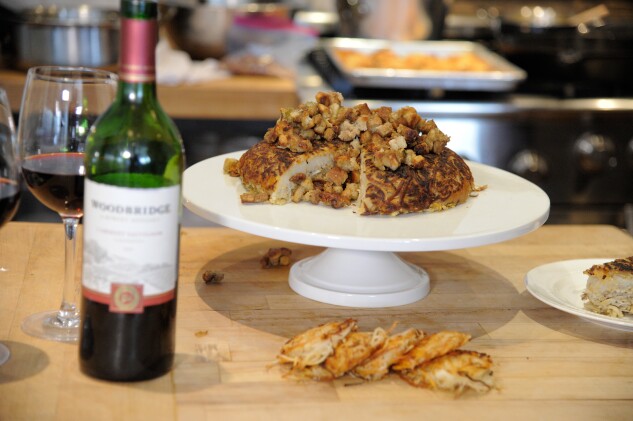 Many of us are thankful for our current work arrangements. But according to a 2021 survey from Robert Half, more than 44% of employees say they are more burned out on their jobs today than they were a year ago. Employers and employees are seeking all kinds of solutions to burnout and the labor shortage. On this week’s episode of the Taxgirl podcast, Bloomberg Tax’ Kelly Phillips Erb is joined by Iralma Pozo to discuss how tax professionals can prioritize their wellbeing to beat burnout.

With remote work in the news, do you prefer to be fully remote, fully in the office, or somewhere in between?

The answers this week reflected an apparent generational split. Many of you who have been in the profession for a while wanted to be fully remote—or as close to that as possible. However, new associates appear to crave some time in the office.

Jamieson Holyoak, a new associate, has—until this month—been remote since beginning at Andersen. Holyoak says, “Based on my experience, having the interaction and full submersion of the experience in-office would’ve been helpful for someone brand new with the firm. That being said, once I was able to get a feel for things and some exposure to how things operate, I feel that having some remote and some in-office is a good hybrid system that provides the benefits of both systems while still giving employees flexibility.”

Taking a cue from this week’s op-ed, should you know how much your colleagues earn?

Not willing to wait for updates on Twitter to find out what’s happening with reconciliation (H.R. 5376)? Check out our Bloomberg Tax and Accounting watch page, which brings together resources on related tax provisions, including the latest news from our team of reporters on Capitol Hill, links to key documents, and our growing body of analysis.
*Note: Your Bloomberg Tax login will be required to access the watch page.

1863. President Abraham Lincoln reportedly pardoned a turkey that year, as recorded in a dispatch by White House reporter Noah Brooks. 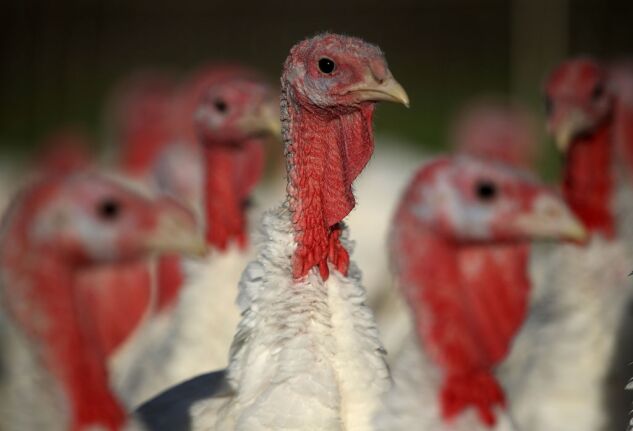 That’s also the first year that Thanksgiving was first celebrated as a national holiday after Lincoln’s presidential proclamation, which set the date as the last Thursday in November.