Our offices will be closed on Monday, June 20, 2022, in honor of Juneteenth. Juneteenth became a federal holiday on June 17, 2021, the first new federal holiday since Martin Luther King Jr. Day was adopted in 1983. The bill was bipartisan, passing the Senate by unanimous consent and passing the House with a 415-14 vote.

Contrary to some rumors, Juneteenth does not mark the end of slavery. Instead, it commemorates the day in 1865 when Maj. Gen. Gordon Granger traveled to Galveston, Texas, and issued General Order Number 3, which declared: “The people of Texas are informed that, in accordance with a proclamation from the Executive of the United States, all slaves are free. This involves an absolute equality of personal rights and rights of property between former masters and slaves, and the connection heretofore existing between them becomes that between employer and hired labor.”

That happened a full 2 1/2 years after the Emancipation Proclamation and two months after the Civil War ended. 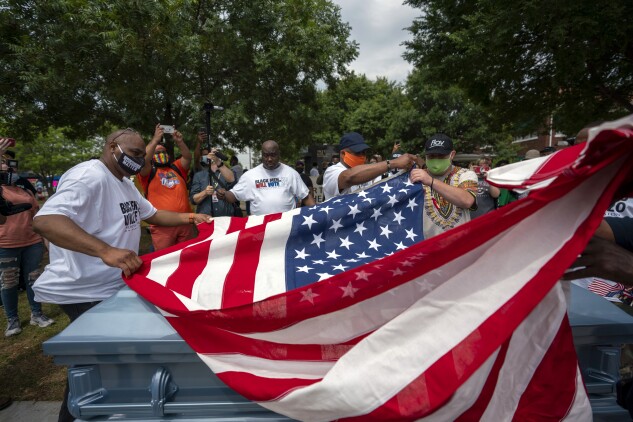 People fold an American flag near an empty casket outside the Page Belcher Federal Building during a Juneteenth celebration in the Greenwood District of Tulsa, Oklahoma, U.S., on Friday, June 19, 2020.
Photographer: Doug Barrett/Bloomberg via Getty Images

Even though I was raised in the South, I didn’t know about Juneteenth until 2017, when I watched an episode of ABC’s “Black-ish.” After that, I immediately headed to Google.

It wasn’t until 2020 that I heard about the Tulsa massacre. As a history major, I was, quite frankly, embarrassed that I didn’t know about these chapters in our country’s story.

But then I had a realization: Rather than be embarrassed, it’s OK to admit that you don’t know about some of the dark moments in our country’s history. We haven’t always done a great job of talking about them. Admitting that isn’t about placing blame, shaming, or suggesting that you’re at fault for not knowing more. It’s about education and making an effort to learn more than you did before. That should always be our goal, right? 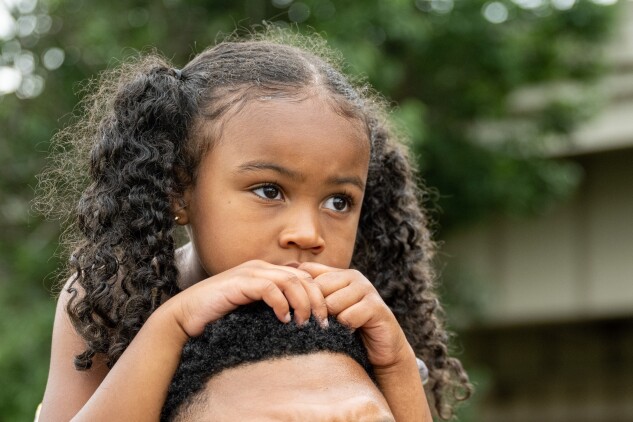 A child watches a performance from her father’s shoulders during the Juneteenth commencement of On the Banks of Freedom on June 19, 2021, in Louisville, Ky.
Photographer: Jon Cherry via Getty Images

I think that’s true in all areas of our lives, from history to science to tax policy. It’s one of the reasons that I love reading and writing about tax—I believe any opportunity to learn something new is a win.

Of course, at Bloomberg Tax, we aim to help you keep learning with great commentary and insightful analysis on federal, state, and international tax issues. We recognize that education is a lifelong endeavor—and you don’t have to be embarrassed to admit when you don’t know something, as long as you’re willing to continue learning.

Emancipation Park in Houston, Texas, was bought specifically to celebrate Juneteenth. How much did the 10-acre parcel of land cost at the time?
Answer at the bottom.

Our experts touched on various topics, from OECD to tax considerations for the “next BTS.” For a look at what’s making news, here’s our roundup.

Grant Wardell-Johnson of KPMG discusses the issues in implementing the BEPS 2.0 two-pillar solution and considers the different positions countries may take on the timing for its introduction and what this means for business.

The accounting industry is adopting technologies that allow the accountant to focus on the client relationship while delivering accurate reporting and tax filing. At the end of the day, what matters most is the ability to develop strong working relationships with clients and educate them on the accounting process, says Docyt’s Sugam Pandey.

Even when charitable intent motivates a taxable corporation to convert to a 501(c)(3), and a charitable income tax deduction is otherwise available, there’s a potential income tax trap, says attorney Richard L. Fox.

The spike in remote working arrangements since the beginning of Covid-19 has exacerbated cross-border taxation considerations, and employees and employers need to scrutinize them now more than ever, says Marcum LLP’s Mark Chaves.

Graduating from college is the start of financial independence for many. When entering the workforce, graduates should familiarize themselves with benefits besides salary—such as compensation packages, retirement plans, and health insurance, says EisnerAmper’s Stephen Farbish.

Operating a foreign business in the US comes with complicated tax rules, and the entertainment industry is no exception. But what if the manager of a successful foreign band looking to work in the US needs some advice? Gregory Zbylut, partner at Breyer Andrew LLP, offers tax considerations for the “next BTS.”

The debate over whether to impose a windfall tax has been disorienting for many, says Stephen Crolius, president of Carbon-Neutral Consulting. But with high energy bills pressuring many households’ budgets yet again, it seems reasonable to consider taxing the windfall profits of energy companies.

While the breadth and depth of how and if companies embrace ESG varies significantly by industry and company, many companies are moving toward more sustainable business practices. Given this change, companies need to reevaluate the value drivers of their business to determine if they need to modify their transfer pricing policies, say KPMG’s Jessie Coleman and Jack O’Meara in this edition of “A Closer Look.”

In the years since the R&D tax credit was first introduced, the US has lost ground on R&D in terms of raw spending and spending as a percentage of GDP. If the broader policy of improving US competitiveness in R&D is to be furthered, steps backward—even small ones—will need to be minimized, writes Bloomberg Tax columnist Andrew Leahey.

With gas prices soaring, the IRS has announced an increase in the optional standard mileage rate for the final six months of 2022. Here’s what individual taxpayers and businesses need to know about the hike.

At The Exchange, we welcome responses from our readers and encourage diversity and civil discussion. We are especially interested in responses that add to the conversation, or introduce a different point of view. If you have a response to one of our published Insights, we’d love to hear from you.

More countries are turning to temporary windfall taxes targeting the huge profits being made by oil and gas companies as prices continue to climb. The UK and Italy want to impose a 25% tax on the profits of oil and gas producers to help people facing a cost-of-living crisis, while Argentina wants to impose a 15% tax.

On this episode of Talking Tax, senior reporter Hamza Ali spoke with Rhiannon Kinghall Were, a partner and head of tax policy at law firm Macfarlanes, about the different approaches countries can take when applying windfall taxes.

Do you have an original take on current events and issues in tax practice and policy—but you’re not yet a tax professional? Our second annual tax writing competition is the perfect opportunity to show off your work: The competition is intended to highlight the very best of student writing. Our deadline has been extended to June 30, 2022.

It’s been a busy week in tax news from state capitals to D.C. Here are some of the stories you might have missed from our Bloomberg Tax news team.
*Note: Your Bloomberg Tax login will be required to access Tax News.

Our Spotlight series highlights the careers and lives of tax professionals across the globe. This week’s focus is on Saul Rudo, who leads the Transactional Tax Department at Katten Muchin Rosenman LLP.

According to the firm, Caitlin Podbielski has joined Ice Miller as a partner in the tax-exempt practice group in the Chicago office.

Join Bloomberg Tax Insights on June 29 from noon to 1 p.m. for “How to Get the Most Out of an Internship Program,” as part of our monthly virtual Lunch & Learn series.

We’re bringing a hiring executive from Ernst & Young, as well as two recent law school graduates whose tax internships led them to full-time job offers at prestigious firms. You can learn more here.