This weekend, festive lights will go up in homes as holiday seasons kick off around the world.

Many of those lights will be candles. Candles have been around for more than 5,000 years, and their earliest use is often attributed to the Egyptians.

Candles, while beautiful, did have shortcomings. Some had short lives, while others could be expensive. And they could be dangerous fire hazards.

An advance in 1802 changed the way we viewed light when Humphry Davy invented the first electric light. His invention, known as the electric arc lamp, was made with wires, a battery, and some carbon. But it shared one of the shortcomings of candles—the light didn’t last for long.

More than 75 years later, in 1878, Thomas Edison filed his first patent application for “Improvement In Electric Lights.” He would try many different variations—at least 3,000—until 1880, when he developed the first commercially manufactured light bulbs. 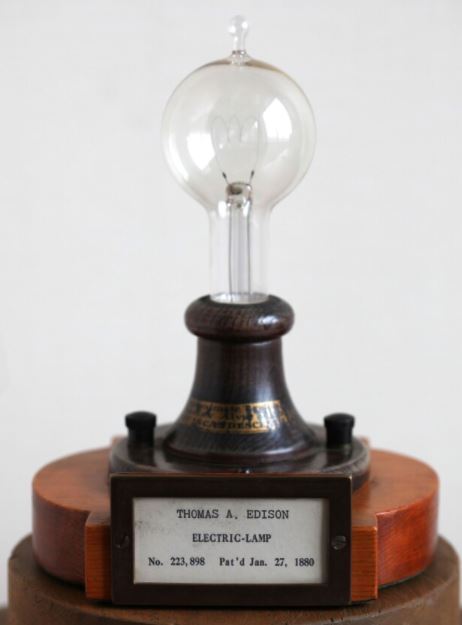 The original patent model for Thomas Edison’s light bulb is displayed in the office of David Kappos, director of the U.S. Patent and Trademark Office, in Virginia.
Photographer: Christopher Powers/Bloomberg via Getty Images

Edison wrote about his efforts: “The electric light has caused me the greatest amount of study and has required the most elaborate experiments.” And yet, he says, “I was never myself discouraged, or inclined to be hopeless of success,” adding, “I cannot say the same for all my associates.”

It’s a great lesson, isn’t it? One of the world’s most important inventions didn’t come easy. It took time and patience, and a lot of failures before there was success. And then, well, there was light.

So, as the lights go up around you this weekend, I hope you’ll take it all in and focus not only on the beauty and wonder, but the hard work that it represents. Sometimes, it takes some time and effort before the light bulb comes on—and that applies to the tax world, too. Fortunately, this week, as always, our experts have the latest federal, state, and international tax analysis to keep you out of the dark.

The Window Tax originated in England in 1696 and began as a fixed tax based on the number of windows in a home. As it evolved, it eventually became known as a tax on “light and air.” Despite its lack of popularity, how long did it stay in place?

Answer at the bottom.

This week, our experts touched on a wide range of topics, from retirement to the OECD-led global tax agreement. For a look at what’s making news, here’s our illuminating roundup:

They say that when you give people light, they will find the way. As the popularity of cryptocurrency continues to soar, investors are looking for creative ways to invest—a new way forward. In Bitcoin Futures ETS Sidesteps the Character Questions Through Structuring, Ryan Reneau and Kevin Sweeney of Chamberlain Hrdlicka take a look at the structure and tax implications of a newly created exchange-traded fund designed to provide investors with exposure to Bitcoin.

With climate change in the news, there’s been a renewed focus on the environment. A new tax on plastic packaging is being introduced in the U.K. from April 1 , 2022, and is expected to have a significant effect on many business sectors. In Getting Ready for the U.K.’s New Plastic Tax, Robert Marchant of Crowe summarizes the new measure and its likely impact, and outlines what companies need to do to meet the compliance requirements.

Thinking about your golden years? With the end of the year just around the corner, now is the time to consider year-end strategies for tax planning. In Two Smart Retirement Tax Moves to Consider Before Year-End, Ed Slott, CPA, suggests that low tax rates offer opportunities for some taxpayers to make some smart retirement moves. 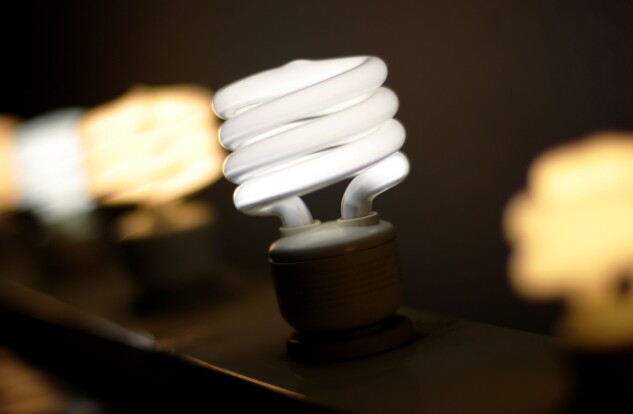 Congress has snuffed out the Employee Retention Credit, or ERC, a program put in place as part of Covid relief for businesses. But was it the right time? In Now Isn’t the Time for Congress to Get Rid of Covid Relief Tools, Rick Lazio of alliantgroup and Joe Crowley of Squire Patton Boggs take a look at the ERC and discuss whether ending it now makes sense.

Will the OECD-sponsored overhaul of global tax regimes dim or brighten planning opportunities?  In With Global Tax Deal Close,  It’s Time to Assess Implications, Tom Gottfried, Managing Director with VRC, suggests that while the framework is at least a couple of years away from full implementation, it isn’t too soon for companies to engage in some analysis of its impact on their effective tax rates and to incorporate the possibility of its adoption into their long-term planning.

People, like light, shine brighter when they’re together. In Success Factors for Tax Revenue Mobilization and Collection in Africa, Anthony Assassa of BDO describes his recent experience of leading a conference with representatives of the revenue authorities of several African countries, and outlines the key factors leading to progress that emerged from the discussions.

Cash registers are lighting up again as we emerge from the pandemic. State and local jurisdictions are also looking for new ways to raise revenue. In Automated Solutions Can Be Key to Tax Compliance Efforts, Michael Bernard of Vertex argues that a cloud-based solution can automate the end-to-end tax process to improve accuracy and increase internal efficiency, resulting in less audit exposure.

Is there light at the end of the tunnel? In Achieving a Global Tax System—Next Steps, Paolo Ruggiero of LED Taxand reviews the advances made so far in reaching a global consensus on tax, and discusses the questions which remain to be resolved in the progress to the finishing line.

Is the economy brightening for all taxpayers? That’s in the eye of the taxpayer. Does making $400,000 a year mean that you’re flush? Or is it $10 million? As Congress hammers out what constitutes middle class and wealth, Allison Schrager argues that to most Americans, either number sounds ridiculously high in Are You Rich Yet? That’s a Ridiculous Question.

Christmas lights are beckoning shoppers. But prices are on the move, as reflected in PNC Bank’s 38th annual Christmas Price Index, or CPI. The light-hearted look often mirrors economic indicators, like the government-calculated CPI. Even if you’re not aware of the federal version, it impacts your tax picture: Since 1985, the CPI has been used to make mandatory annual adjustments to certain tax items, like the standard deduction amounts. Read more about inflation, tax, and the 12 Days of Christmas in Christmas Price Index Reflects Inflation, Market Changes.

Our Spotlight series highlights the careers and lives of tax professionals across the globe. This week’s Spotlight is on Christiaan van der Valk, VP of Strategy and Regulatory at Sovos.

This week, we shine some light on SPACs—special purpose acquisition companies or “blank check companies.” As the popularity of SPACs has risen, some may need to be unraveled, creating all kinds of unique tax considerations. In this episode of our weekly Talking Tax podcast, Bloomberg Tax’s Jeff Leon speaks with Victor Hollender, a partner at Skadden in New York who has been advising clients on SPAC trends. He spoke about the “de-SPAC” process and where he sees the trend moving next. 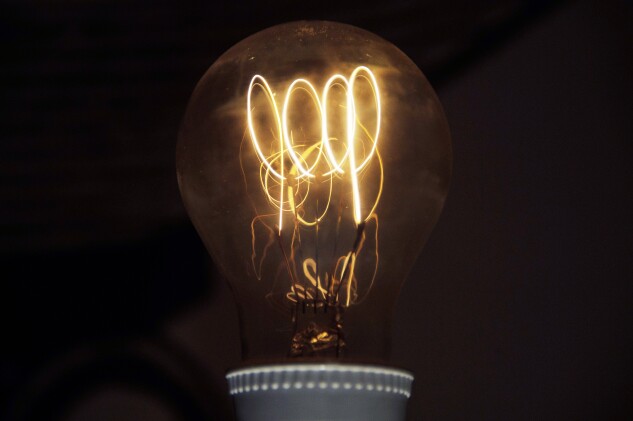 The Tax Foundation’s annual International Tax Competitiveness Index is an illuminating look at the tax systems of various countries. The index seeks to measure the extent to which a country’s tax system adheres to important aspects of tax policy. The recent agreement on a global minimum tax, and other changes to tax rules around the world, have called into question the future of tax competition. On this week’s episode of the Taxgirl podcast, Bloomberg Tax’s Kelly Phillips Erb is joined by Daniel Bunn to discuss the relevance and nuance of the Index.

Looking for bright spots in the progress on reconciliation (H.R. 5376)? Check out our Bloomberg Tax and Accounting watch page, which brings together resources on related tax provisions, including the latest news from our team of reporters on Capitol Hill, links to key documents, and our growing body of analysis.
*Note: Your Bloomberg Tax login will be required to access the watch page.