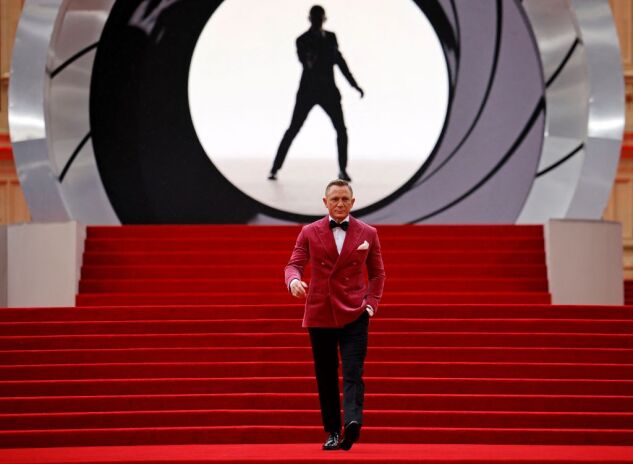 Actor Daniel Craig walks on the red carpet after arriving to attend the World Premiere of the James Bond 007 film “No Time to Die” at the Royal Albert Hall in London on Sept. 28.
Photographer: TOLGA AKMEN/AFP via Getty Images

“No Time to Die” is the most recent film in the James Bond movie franchise. The series debuted in 1962 with Sean Connery as “Dr. No.” The movies are based on the best-selling novels of Ian Fleming and have gone on to gross more than $6.89 billion, according to a ranking by CNBC.

Everyone, of course, has their favorite Bond, and there are a number to choose from to date: Sean Connery, George Lazenby, Roger Moore, Timothy Dalton, Pierce Brosnan, and Daniel Craig. And the actors changed nearly as much as the scenery with settings in such well-known locations as London, Istanbul, Tokyo, Venice, Monte Carlo—and even outer space (remember “Moonraker”?). 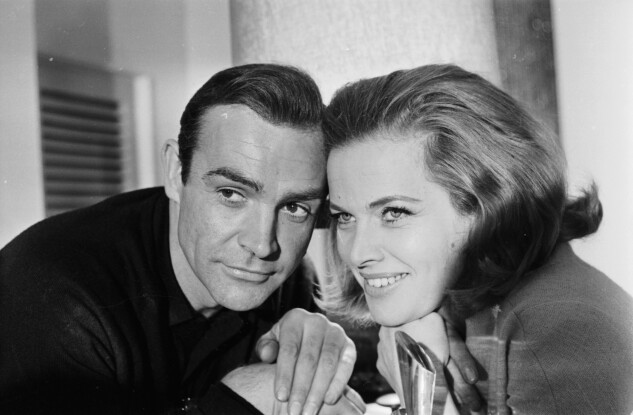 Part of Bond’s appeal may well be the fact that the role, while decidedly British, has continued to evolve. Craig’s Bond isn’t the same as Connery’s. And Moore’s Bond isn’t the same as Brosnan’s. And while no American has ever played Bond on film (reportedly, Burt Reynolds came close), the role feels like the kind that you could easily imagine belonging to your favorite superstar. On film, Bond is constantly changing.

Tax professionals know a little something about constant change. The past few years have been a whirlwind of new legislation and ever-evolving rules. And we may not have a larger-than-life villain to contend with, but we’ve had our share of roadblocks. With so many moving pieces in so many places, it can feel like a constant challenge to stay on top of everything you need to know. Fortunately, this week, as always, our experts have the latest federal, state, and international tax analysis to keep you up to date.

According to the 1955 Ian Fleming novel, “Moonraker,” James Bond earned £1,500 ($2,100) a year in his government job—plus an additional tax-free amount. How much did he receive each year tax-free, allegedly as part of a family trust?
(Answer at bottom.)

This week, our experts touched on a wide range of topics, from sales tax issues to transfer pricing. For a look at what’s making news, here’s our Bond-themed roundup:

Working together is a theme in “Thunderball” as Bond meets his CIA counterpart, Felix Leiter—and it’s a theme that plays nicely in the corporate world, too. In What Might the U.K.'s 2021 Autumn Budget Mean for M&A Activities?, Merlin Piscitelli of Datasite looks at the advantages of merger and acquisition activities in the U.K. and considers what potential tax reforms in the 2021 autumn budget might mean for the investment climate. 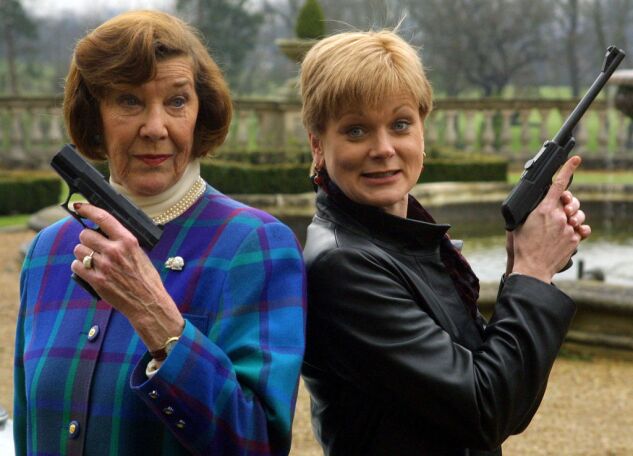 English banks play a key role in “GoldenEye” —and in global finance. In The Transition From LIBOR to SOFR and its Implications for Taxpayers, Aimée Dushime reviews the transition from LIBOR, looks at the proposed alternatives, and discusses how this change will potentially impact taxpayers.

In “The World Is Not Enough,” Bond finds himself in the middle of an international power struggle, something that we’ve watched happen in the global tax world, too. In Vietnam’s Revamped Rules on Advance Pricing Agreements, Sean Foley and Lillie Sullivan of the Washington National Tax practice of KPMG LLP, and Duong Hoang, Joseph Vu, Ha Tran, Thang Nguyen, Tri Ngo, and Thu Huong Nguyen of KPMG Tax and Advisory Limited, KPMG’s member firm in Vietnam, outline Vietnam’s recently revamped advance pricing agreement (APA) program and highlight factors that interested taxpayers should consider when applying for an APA in Vietnam.

The 2006 film “Casino Royale” was something of a reboot for the Bond franchise—an incentive of sorts—intended to breathe life into a series that some felt was struggling. In a two-part article, Yosef Barbut looks at a deduction with a similar aim. The U.K. government’s Finance Bill 2021 included a British version of the U.S.'s “bonus depreciation,” dubbed the “super” deduction, intended to incentivize new capital investments in equipment and machinery. In Part 1, Barbut explains what the deduction does—and doesn’t do—while, in Part 2, he discusses the financial accounting implications.

Revenge and timing are common threads in Bond films, and “For Your Eyes Only” is no different. Timing matters in the law, too. In The Boundaries and Impact of the Principal Purpose Test, Costas Michail of Scordis, Papapetrou & Co (Corporate Services) Ltd discusses the impact of the principal purpose test and considers whether the Canadian Federal Court of Appeal in the case of Alta Energy might have delivered a different judgment had the principal purpose test and extended Preamble been applicable at the time of the Court’s ruling.

We’ve always been fascinated by the gold market, making it a believable target in “Goldfinger.” In Cryptocurrency: Not Physical Gold, But Maybe Digital Gold?, William Je of Hamilton Investment Management Ltd discusses the future of cryptocurrencies and asks whether their growth may be the new “gold rush.” 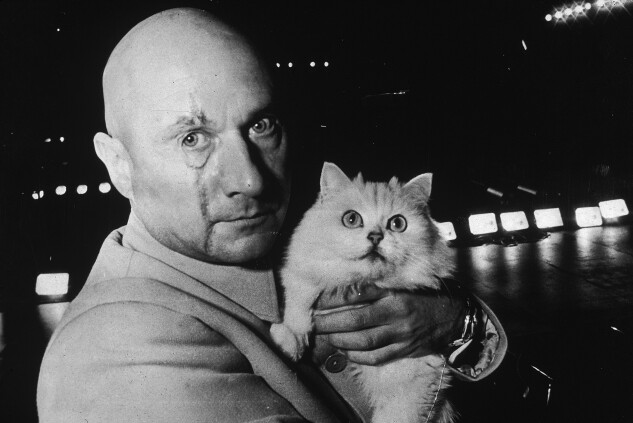 Actor Donald Pleasence (1919-1995) in character as Ernst Stavro Blofeld, holding a white cat on the set of the James Bond film ‘You Only Live Twice’, on November 24, 1966.
Photographer: Express Newspapers/Hulton Archive via Getty Images

Government oversight took center stage early in “Skyfall"—a theme taxpayers know all too well. The 2018 U.S. Supreme Court decision in Wayfair resulted in every state with a sales tax enacting remote seller sales tax collection laws—and compliance headaches for sellers. In Streamlining Tax Compliance in an Evolving Environment, Charles Maniace of Sovos highlights the advantages of selling into a Streamlined Sales and Use Tax Agreement-member state and examines certified service provider programs in and out of member states.

In “No Time To Die,” the franchise recognizes that change is on the way and suggests that it’s time to consider what’s next. The same can be said for the internet. In Apple and Epic—Toward a New Service Facilitator Tax, tax attorney Andrew Leahey examines the rationale for marketplace facilitator taxes—which some states now impose on companies such as Amazon for providing a platform for third-party sellers—and wonders if they could be applied to third-party service facilitators such as Apple.

Does the IRS want to spy on your accounts? Biden wants banks to tell the IRS at year-end the total amount of withdrawals and deposits for each of its customers. In Democrats’ Plan to Catch Tax Cheats Makes Sense, Alexis Leondis argues in favor of the plan.

Britain is getting a bit desperate about banking. At least, that’s the view of Paul J. Davies who looks at U.K. Chancellor of the Exchequer Rishi Sunak’s plan to slash a special tax charged on bank profits. In A U.K. Bank Tax Cut That Won’t Make Anyone Happy, Davies says Sunak should expect to take political heat from the change because the cut is being announced at the same time as he’s reduced benefit payments for the poorest and raised the welfare-funding national insurance tax in a way that disproportionately affects poorer workers.

Some things are so predictable you could almost set your watch by them: debt ceiling standoffs on Capitol Hill, the Bitcoin bubble rising from the dead again, Manchester City winning the Premier League. And, Matthew Brooker writes in China Property Tax Has Look of a Death Foretold, you can add to that list the news that China’s planned property tax has run into serious headwinds.

This month, the IRS announced a new process for frequently asked questions (FAQs) on newly enacted tax legislation. IRS Changes Its Position on Frequently Asked Questions looks at why it matters—and why it’s not enough.

Our Spotlight series highlights the careers and lives of tax professionals across the globe. This week’s spotlight is on Garreth Collard, a property accountant who returned to accounting over a decade ago, specializing in rental investment property.

Facebook’s long-running tax dispute with the IRS finally resumed this month after a lengthy delay caused by the Covid-19 pandemic. The social media giant is fighting IRS allegations that the company undervalued intangible assets allocated to its Irish subsidiary. It is one of many high-profile cases the IRS is fighting against multinationals over transfer pricing—the value of assets transferred among related corporate entities. On this episode of the Talking Tax podcast, Bloomberg Tax reporters Jeffery Leon and Aysha Bagchi talk with a pair of tax attorneys, Loren Ponds and Irina Pisareva, who are tracking the Facebook case.

From work from home, to deductions, to Wayfair, it’s clear that state and local taxes have become critical in the tax world. While the larger focus used to sit squarely on federal taxes, the industry lens seems to be shifting toward SALT more and more. But how does the federal tax realm compare to SALT? On this episode of the Taxgirl podcast, Jamie Szal talks about why this shift is happening and why SALT is so crucial to today’s tax landscape.

Now that the year is coming to an end, what’s one thing you always do at the office to prepare for the next year?

There’s a lot of hiring happening right now. When you interview for credentialed or similar positions, what kinds of soft skills are you looking for?

Not willing to wait for updates on Twitter to find out what’s happening with reconciliation (H.R. 5376)? Check out our Bloomberg Tax and Accounting watch page, which brings together resources on related tax provisions, including the latest news from our team of reporters on Capitol Hill, links to key documents, and our growing body of analysis.
*Note: Your Bloomberg Tax login will be required to access the watch page.