Advisers overseeing the ruins of ’s FTX Group laid bare a stunning list of allegations against the company’s former leadership Thursday, slamming non-existent oversight and the misuse of client funds as they struggle to locate billions of dollars in missing assets.

“Never in my career have I seen such a complete failure of corporate controls and such a complete absence of trustworthy financial information,” , the group’s new chief executive officer who formerly , said in a submitted in bankruptcy court.

“From compromised systems integrity and faulty regulatory oversight abroad, to the concentration of control in the hands of a very small group of inexperienced, unsophisticated and potentially compromised individuals, this situation is unprecedented,” he added. 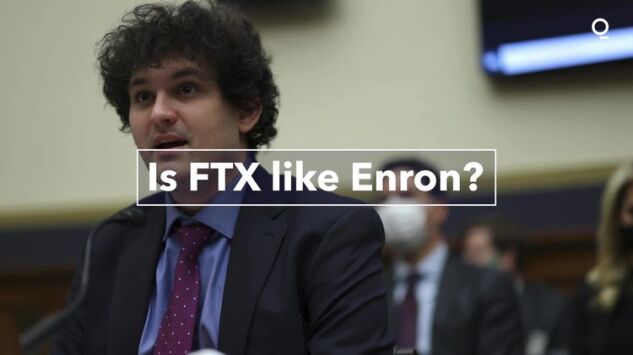 The documents depict a free-wheeling crypto enterprise devoid of virtually every policy and practice that would be the norm for almost all other corporations. What’s more, they’ll likely help fuel any criminal and regulatory action against Bankman-Fried, with FTX already by US prosecutors.

The slipshod record keeping and lack of organization will make it even more challenging for scores of FTX advisers working around the clock to recover billions of dollars customers are owed.

Ray pulled no punches in the declaration, calling Bankman-Fried’s recent public statements “erratic and misleading.” In their attempts to round up FTX’s cash, advisers have told financial institutions to freeze withdrawals and reject any instructions from Bankman-Fried.

Advisers have located “only a fraction” of the digital assets that they hope to recover during the Chapter 11 bankruptcy, Ray said. They’ve so far secured about $740 million of cryptocurrency in offline cold wallets, a storage method designed to prevent hacks.

The company’s audited financial statements -- some of which were done by a firm that touted itself as the first CPA to open an office in the metaverse -- should not be trusted, Ray said. Advisers are working to rebuild balance sheets for FTX entities from the bottom up, he added.

FTX “did not maintain centralized control of its cash” and failed to keep an accurate list of bank accounts and account signatories, or pay sufficient attention to the creditworthiness of banking partners, according to Ray. Advisers don’t yet know how much cash the company had when it filed for bankruptcy, but have found about $560 million attributable to various FTX entities so far.

The company’s record keeping was so lax, Ray said, that advisers “have been unable to prepare a complete list of who worked for the FTX Group as of the petition date, or the terms of their employment.”

Among other alarming claims in the filing: software was allegedly used to conceal the misuse of customer funds; Alameda Research, Bankman-Fried’s trading firm, was secretly exempt from some aspects of FTX.com’s trading policies; and a single, unsecured group email was used to access private keys and sensitive data around the world, according to the court documents.

Ray also noted that lasting records of decision-making are hard to come by: Bankman-Fried often communicated through applications that auto-deleted in short order and asked employees to do the same.

Corporate funds of FTX Group were used to buy homes and other personal items for employees, Ray said. Some of the real estate was recorded in the personal names of employees and FTX advisers, he wrote, and the company’s disbursement controls were not appropriate for a business. 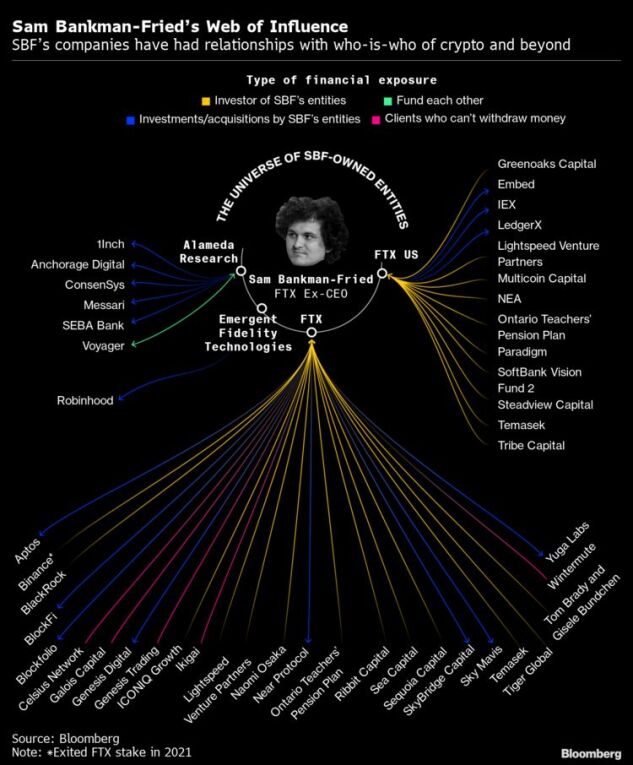 “For example, employees of the FTX Group submitted payment requests through an on-line ‘chat’ platform where a disparate group of supervisors approved disbursements by responding with personalized emojis,” according to the statement.

A footnote in the documents indicates Alameda Research Ltd., a subsidiary of the crypto trading house, had lent $1 billion to Bankman-Fried and more than $500 million to FTX co-founder as of Sept. 30. The financial reports detailing the transactions were unaudited, produced while Bankman-Fried controlled the business, and Ray emphasized that he does not have confidence in their accuracy.

FTX is now fighting Bankman-Fried about whether his empire should be under the jurisdiction of US courts, where more than 100 related companies are in bankruptcy, or in the Bahamas, his preferred location. FTX’s legal team has blamed the meltdown in part on poor oversight by non-US regulators.

The case is FTX Trading Ltd., , U.S. Bankruptcy Court for the District of Delaware.

To contact the editors responsible for this story:
at cboston6@bloomberg.net