In a sign of these coronavirus times, is trying to keep his company running smoothly -- from his Bay Area kitchen.

The chief executive officer of mid-size apparel brand closed the company’s San Francisco headquarters as the city went on lockdown. And now he just finished talking to a few of the nearly three dozen factories around the world that make the company’s shirts, shoes and handbags. There’s good news: They aren’t expecting major slowdowns. And so far Preysman hasn’t had to lay off any employees, even though sales are declining.

“Everybody is trying to balance: How do we keep the world running and treat people well?” Preysman said. “You’re managing this day-by-day.” 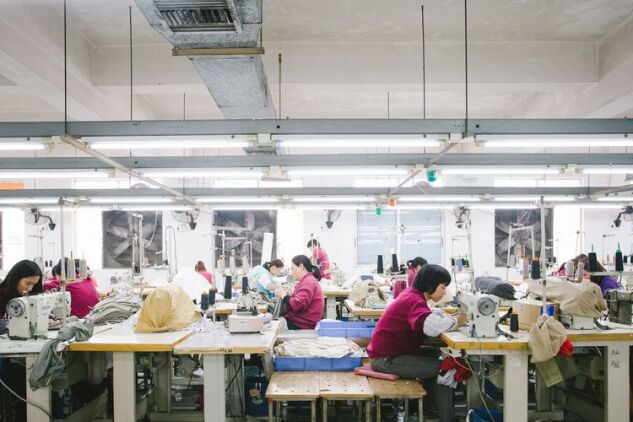 Springdale Factory located in Jiangmen, China where Everlane makes a selection of their woven bottoms.
Everlane

Everlane and its peers are dealing with a systematic shock, yet even as nations order businesses, including retailers, to close and citizens to isolate, production continues at the world’s garment-making hubs in an attempt to keep global supply chains humming.

One reason is that e-commerce sites continue to operate, even for retailers that have closed stores to slow the virus. And they are still stocked with jeans, jackets and dress shoes, even though two of the hardest-hit nations, China and Italy, are crucial producers.

Like its giant competitors, Everlane does business worldwide with a supply chain spanning four continents. It works with facilities in China, Italy, Vietnam, Spain, India, Sri Lanka, Peru and the U.S.

Pressure any link in that chain and adjustments must be made.

China: Even Cars Get Sanitized

For Everlane, the first impact from the virus came in southern and eastern China, about 600 miles away from Wuhan, the epicenter of the outbreak. Shutdowns began around the Lunar New Year in late January, with closures extending for as long as four weeks beyond the usual holiday break.

Everlane works with a silk factory in Nanchong, a 12-hour drive from Wuhan, where the brand gets its silk button-downs, blouses and camis. The 1,000 or so workers at the factory start each day by stepping into a chloride solution for cleaning. They must wear masks and have their temperature checked three times a day. Each night, the factory gets a deep wash. Even the cars outside get sanitized.

About 15% of Everlane’s products are made in China, but even items that aren’t produced there can be disrupted, since so many bits and pieces come from the manufacturing hub. For instance, Everlane’s clothing labels are created there.

“Everything touches China,” said Preysman. “If that slows down, the first step is getting enough supply of all the basics.”

Preysman expects factories in China to have delays of one to four weeks. It’s enough to dent operations, but not enough for Everlane to run out of merchandise. The facilities he works with in China have recovered enough to run at 90% capacity, though it’s much more dire in Italy, which has fallen to around 60%.

As China recovers, uncertainty now reigns in Italy, a manufacturing center for high-end fashion and accessories that’s been overrun by the outbreak.

Northern Italy, including its economic center Milan, has seen some of the worst of the pandemic. Last week, Prime Minister Giuseppe Conte put the entire country on lockdown, shutting all stores that aren’t supermarkets or pharmacies. But factories, he said in a televised address, can continue operating if they take the proper precautions. 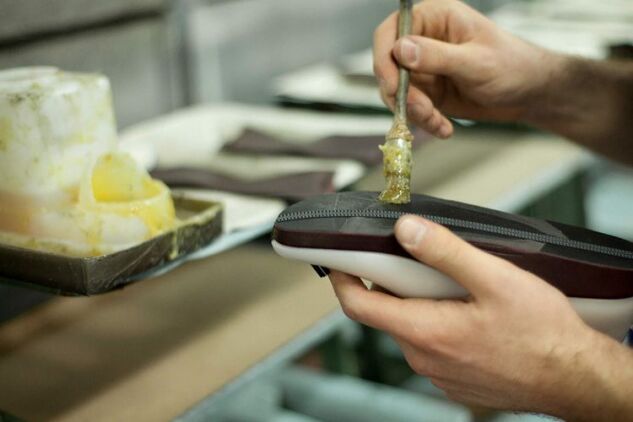 Martini Factory in Italy where Everlane makes a selection of their leather shoes.
Everlane

Simone Martini’s shoe factory is one of several clustered in the small town of Malmantile, near Florence in Tuscany and about 200 miles south of the worst-hit areas in Lombardy. Life there has slowed like the rest of Italy. Shops, restaurants and bars are closed. Throughout it all, Martini’s 25 workers still come to the factory and earn a paycheck making footwear for Everlane and fashion label .

“Working is very complicated, because everyone is very afraid,” said Martini, whose father started the family business 52 years ago. “We have to be strong, to go ahead, to keep hoping that the next weeks will be better than this situation.”

Factory workers have been told to maintain a distance of one meter from each other, refrain from congregating in groups of more than three and wash their hands often. Access is restricted for outsiders. The rules, plus the constant sanitizing of the facility, make simple tasks like loading goods onto trucks frustratingly difficult, but it must be done, said Martini.

Other factories in the region are running too, though at varying efficiency levels. Some have opted to open only three or four days a week, while the more crowded operations decided to cut factory staff in half per shift, in order to maintain social distancing.

“At the beginning, you didn’t know what was the right thing to do: to be scared or not?” said Martini. “Now we know that maybe it was better to be scared.”

California: ‘Just Wanted to Be Safe’

Meanwhile, 6,000 miles away in California, Everlane is coping with a deluge of domestic issues in the U.S. as the outbreak worsens.

On Tuesday, San Francisco ordered residents to shelter in place, so the company’s 200 employees who work at its Mission headquarters are now holed up in their houses and apartments and only allowed to leave for essential needs. Everlane already had them working from home a few days prior.

Sales are slowing for Everlane, said Preysman, with American shoppers hunkering down in their homes and shifting spending to essential goods. The company’s five stores in New York, Los Angeles and the Bay Area are all closed until March 28, similar timing set by other retailers.

“Our team was really concerned and just wanted to be safe,” Preysman said. “Everyone feels like the virus could hit them next.”

To contact the reporter on this story:
in New York at kbhasin4@bloomberg.net

To contact the editors responsible for this story:
at acronin14@bloomberg.net