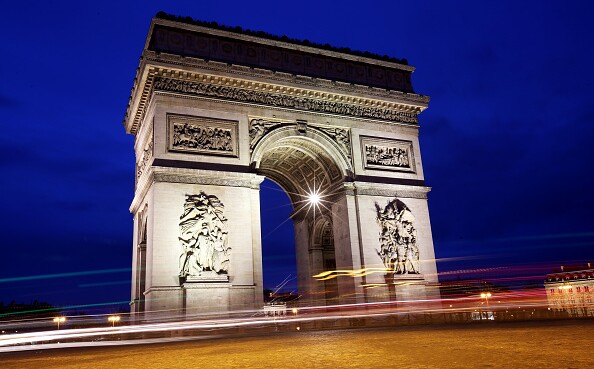 France's digital services tax is backdated to January 1, 2019 with the first payment due in November 2019.
Photographer: Pedro Fiúza/NurPhoto via Getty Images

France is introducing its digital services tax in the face of opposition from the U.S. Eglantine Lioret and Valérie Farez of Pinsent Masons look at the provisions of the new tax and how they will impact companies which fall within their scope.

France will introduce a 3% tax on revenues deemed to have been generated in France by digital companies, wherever they are established, which make annual supplies of taxable services of more than 25 million euros ($28 million) in France and 750 million euros worldwide. The tax, which was announced in December 2018, will be backdated to January 1, 2019 with the first payment due in November 2019.

There has been huge political pressure, from the “gilet jaune” protesters and others, for the French government to clamp down on perceived tax avoidance by big companies—and in particular the tech giants, who are not seen as paying their “fair share” of tax in France. The reduction in the rate of French corporate income tax to 25% from 2022 will also need to be funded from somewhere, and foreign-owned multinationals are a popular target.

However, the French tax authorities have struggled to increase the tax take from digital companies under the existing tax rules. Earlier this year an appeal court ruled that Google did not have to pay 1.1 billion euros of back French taxes. The French tax authorities claimed that advertising revenues declared by Google in Ireland were taxable in France. However, the appeal court agreed with an earlier ruling that Google Ireland was not taxable on the revenues in France, because they did not derive from a permanent establishment in France.

These challenges are not specific to France. It is widely accepted that the international tax system is struggling to cope with the increasing digitalization of business.

The Organization for Economic Co-operation and Development (OECD), which coordinates global tax policy, has said that it will try to come up with an agreed approach to taxing the digital economy by 2020. It has published a programme of work, setting out ambitious targets to reach agreement, which would require the outline of any changes to be agreed by the many countries involved by January 2020.

The OECD makes it clear that political engagement and endorsement by governments will be necessary, as the proposals go beyond technical issues and will have an impact on tax revenues and the overall balance of taxing rights, so that there will be winners and losers.

Although it is generally accepted that a coordinated international solution will be the best option, countries like France are under political pressure to make something happen sooner.

For the last couple of years France has been pushing for the EU to introduce an interim digital tax on revenues. However, these proposals faltered as they were opposed by Ireland, Denmark, Sweden and Finland, which perceived they could lose out under any EU-wide digital tax.

France’s digital services tax is intended to be an interim solution, which will enable France to tax some of the revenues of tech companies, while the OECD works on reforming the international tax system.

The U.K. has also announced that it is going to go ahead from April 2020 with a 2% digital services tax on U.K.-derived revenues of social media platforms, search engines and online marketplaces. Italy and Austria are among the other countries which have also announced unilateral measures.

The New Tax: Who Will be Affected?

Advertising services where the adverts are determined solely on the basis of the content of the website and are identical for all users should not be caught. The tax should also not apply to sales of data for purposes other than advertising.

Impact of the French Tax

Companies which may be within the ambit of the new French tax will need to work out their possible exposure. They will need to ensure they have mechanisms in place to work out which of their users are based in France, and that they are able to produce the evidence to support their calculations of their liability should the French tax authority request this.

Unlike most taxes, digital services tax is a tax on revenues and not on profits. The thresholds for the tax are designed to take start-ups out of scope of the tax, but digital businesses with lower profit margins will be more seriously impacted by the tax than those with higher margins.

The greatest problem with individual countries pursuing their own interim digital taxes is that businesses will need to deal with different rules in different countries and may end up being taxed more than once on the same profits. This will increase uncertainty and administration costs and could act as a deterrent for new digital businesses.

The U.S. has announced it is investigating whether the new French tax unfairly targets U.S. companies. The U.S. Trade Act of 1974 gives the U.S. Trade Representative agency broad authority to investigate and respond to the “unfair trade practices” of another country, including by imposing additional tariffs on imports from that country.

It remains to be seen whether France, and any of the other countries pushing ahead with digital services tax, will be the subject of any U.S. retaliation or will also bear any action in contravention with EU or international legislation.

Digital services taxes should only be interim measures. Reforming the international tax system needs to be the ultimate goal.

The OECD is considering how taxing rights on income generated from cross-border activities in the digital age should be allocated among countries. Three different proposals—user participation, marketing intangibles, and significant economic presence—are being considered. Digital services taxes are based on the concept of “user participation,” which tries to allocate some of the taxing right to the jurisdiction where users of a digital platform are based.

However, some countries, such as the U.S., do not support measures which only apply to technology companies. The “marketing intangibles” method of profit allocation which the U.S. favors would apply more widely. It would enable the country where users or customers are located to tax the “non-routine” income associated with intangibles such as brand names, leaving the routine profits to be taxed elsewhere.

The OECD is also considering a “global anti-base erosion” (GloBE) proposal, which would apply to all businesses and not just those which are highly digitalized. This seeks to address the continued risk of profit shifting to entities subject to low or zero taxation and to stop the “race to the bottom” in relation to tax rates, ensuring that all internationally operating businesses pay a minimum level of tax.

Over the next few years, technology companies in particular are likely to face higher tax bills and increased administration, as it is likely that other countries will follow France’s lead and introduce digital services taxes.

Eglantine Lioret is a Partner and Valérie Farez is Legal Director with Pinsent Masons, Paris.