In just over a month President ’s administration has convinced companies including and to pay a total of more than $1 billion in a flurry of unexpected tax settlements.

While some Mexican business representatives say the tax crackdown is akin to “fiscal terrorism” where rights are being trampled, tax prosecutor Carlos Romero Aranda says he’s only “taking back the reins” after previous administrations let companies drive the cart.

“This is not an abuse of power, it is simply applying the law, and that gives certainty to any lawyer or any investor,” he said in an interview at his office in Mexico City’s National Palace. 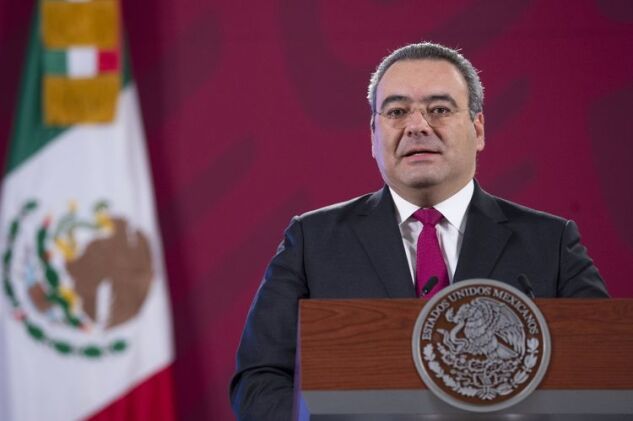 The tax dispute is a key chapter in the breakdown of Lopez Obrador’s relations with the business community amid the of the economy due to the coronavirus crisis. Rather than dish out fiscal aid to companies that saw their revenue dry up with lockdown measures, AMLO, as the president is known, demanded firms pay tax debts as a way of boosting government revenue.

Walmex buckled under the threat of criminal charges and paid $370 million, three people familiar with the matter Bloomberg News earlier this month. While Romero is barred by law from commenting on specific cases, he said “the biggest” cases on his desk have already been settled.

In the past, fraud charges were few and usually filed against low-level executives who signed documents or members of the board, Romero said. His strategy against big companies has been to target the legal entity itself, as well as the tax lawyers involved, with criminal fraud charges. If a company is found guilty, the government could even decide to seize it or dissolve it, he said.

The government’s tough approach has shocked Mexican business at a painful time due to the restrictions imposed to contain the virus.

“We started to receive notices in a massive way, even to those companies that paid their taxes,” Enoch Castellanos, head of industrial chamber Canacintra, said in an interview with El Financiero Bloomberg TV last month. “If companies already run out of liquidity, they simply won’t have a way to pay taxes.”

Last year, the government passed laws that will allow it to jail people on tax fraud charges while they await trial, but those can only be applied to audits on payments from 2020 forward. Romero said recent settlements have been obtained by using previous existing legislation.

The fact that companies have settled shows he is not presenting unfounded charges, he said.

“We have perfectly proved the crime,” the lawyer said. “If all these taxpayers were certain that they are correct, they can go to trial, it is their right, and they are not doing it. They are preferring to come and pay.”

Romero said when he began his role in late 2018, he found few major fraud cases had been filed.

“There was an unwritten pact not to bother big companies. Economic power and political power were colluded,” he said, echoing a message frequently repeated by Lopez Obrador. “The rules were extremely lax. If you didn’t pay, nothing happened.”

So far, the government’s plan seems to be working. Tax collection rose 5.6% in the first four months of the year despite the economic slump -- and that doesn’t include recent big settlements.

Romero said the goal of reviewing past tax cases is to change Mexico’s widespread culture of evasion, where high-powered firms convinced companies to use “aggressive tax planning” strategies, at a time fiscal resources are needed the most.

“You see the poverty there is, you see the situation we have in the country where there is not enough money to solve the serious problems we have, and on the other hand we see these schemes where they are robbing us,” Romero said.

To contact the reporter on this story:
in Mexico City at moboyle7@bloomberg.net