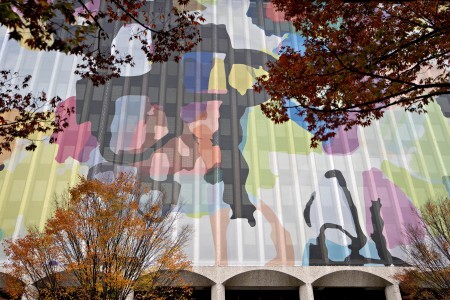 The Arlington County Board backed a multimillion-dollar incentive package to Amazon.com Inc. after all five members voted in favor, giving the tech giant a $23 million grant and vowing to improve the area around the campus.

“The relatively modest incentives” are offered to Amazon so that “we could create conditions for all Arlingtonians to thrive,” said Arlington County Board Chair Christian Dorsey, adding that the meeting isn’t the last conversation on Amazon.

The board passed the package March 16 after shouts of “Shame!” from the public and after multiple kerfuffles with community members that halted questioning of three representatives from Amazon. One individual was also escorted out after shouting expletives.

The grant is a direct incentive meant to lure the company, and can be spent on costs like equipment or furniture. It is only a sliver of Arlington County’s overall package, which totals $471 million when indirect benefits are included.

The county’s package is also just a fraction of the total benefits Amazon gets for calling Virginia its second home. The e-commerce giant will see, in total, up to $750 million in state-wide incentives between now and 2034 under a bill Gov. Ralph Northam (D) signed Feb. 5. Amazon will see that full amount if it creates more than 37,000 jobs.

The Arlington County Board’s approval is the latest step toward Amazon’s second headquarters spanning Crystal City, Potomac Yard, and Pentagon City. The company’s expansion search has been fraught: In February, it pulled out of plans to build a Queens campus after fierce backlash.

Amazon plans to hire an initial 400 employees in Arlington during the fourth quarter of 2019 and an additional 1,000 to 1,500 employees annually for the next 10 to 12 years, said Holly Sullivan, head of Amazon’s worldwide economic development. Amazon will also invest about $2.5 billion into the region, Sullivan said in a prepared statement after public comments concluded.

Sullivan was joined by Brian Huseman, vice president of public policy at Amazon, and Andrea Fava, director of public policy at Amazon, who the Arlington County Board questioned for about an hour before things escalated with the public. Community members in attendance grew frustrated at their inability to directly engage with Amazon, propelling the company representatives to leave the room.

Details of the Deal

When asked about the incentives deal, Sullivan said the key is that it’s post-performance. She added that Amazon will use that money to invest in the surrounding area to create a thoughtful space and neighborhood.

Amazon’s $23 million grant will come from 15 percent of tax revenue generated through visitors and business travelers staying in hotels in Arlington. The money will be paid out in staggered amounts until 2035, but only if Amazon meets goals for the size of its office space. The key occupancy goals the company must reach include:

Dorsey said the Amazon deal seems to be the most efficient in terms of cash given per square feet, at $5 per square foot, compared to the past 18 deals between Arlington and other businesses.

The Arlington County Board also agreed to allocate $28 million over 10 years to finance infrastructure investments around the Amazon campus. The board also approved $420 million for community investments for housing and transportation.

The board made its decision after listening to about four hours of public comments from more than 100 individuals and representatives of community organizations and groups.

Supporters of Amazon’s arrival, including small business owners, said the tech company would bring regional pride and visibility to Arlington as a hub for tech and talent.

But opponents argued that Amazon’s entrance into the region would drive out homeowners and tenants unable to afford rising property taxes and home prices.

Earlier in the day, about two dozen demonstrators, either in favor of or against Amazon, stood outside the government building to display their positions.