Having figured out how to regulate and tax gig-economy players such as , and , the states are turning to car-sharing services just as a post-pandemic travel surge causes shortages of traditional rental vehicles.

In just the last two months policymakers in Arizona, Florida, Hawaii, Maryland, and Oklahoma have passed legislation or issued regulations addressing the tax, insurance and public safety duties of companies such as Turo Inc., Getaround Inc. and ‘s Zipcar.

The legislative push responds in part to complaints from rental giants Avis, Enterprise and Hertz that the sharing startups enjoy an unfair advantage by skirting state, local and airport-district requirements, including excise taxes that add as much as 40% to the rental rates charged to consumers.

“The peer-to-peer car rental companies are attempting to hide behind the internet to claim they aren’t subject to taxation, the same way we saw Airbnb and Uber claim they had no tax duties as hotels or taxi services,” said Greg Scott, director of government relations at American Car Rental Association (ACRA). “We think they should be handled in the same way as car rental companies, whether its insurance levels, taxes paid, and liability.” 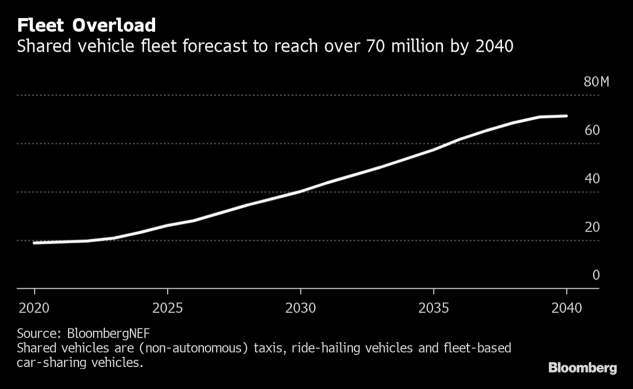 Often characterized as “Airbnb for cars,” the platforms broker rental transactions through network operators or private car owners. Most of the laws and regulations adapt frameworks imposed on traditional car rental businesses to the internet-based platforms.

Turo and Getaround contend they shouldn’t be regulated or taxed like car rental companies because they don’t own or rent automobiles, operating purely as marketplaces. But transportation policy analysts say the sharing economy businesses need to prepare for a pattern of state and local action over the next five years.

“Many states and municipalities will likely continue to develop policies and regulations to support and guide the deployment of car sharing, ranging from insurance to the collection of taxes, to parking access, to social equity,” said Susan Shaheen, director of the Transportation Sustainability Research Center at the University of California, Berkeley.

At least a dozen states have adopted car sharing laws in the last two years. Many create minimum standards for insurance and consumer protection, and clarify the tax duties of parties in car sharing transactions. In the last two months:

Peer-to-peer marketplaces broker rentals by private car owners to consumers seeking to use their vehicles for short periods. Turo and Getaround give consumers access to luxury and sports-car models from BMW, Jaguar and Mercedes-Benz, among others, at a modest price.

Roundtrip car-sharing businesses such as Zipcar permit drivers to access network-owned vehicles from a dedicated home location. Free-floating car networks, such as Gig, operate with networks of vehicles but allow drivers to pick up in one location and drop off at another.

These sharing models remain a small slice of the overall market for car rentals in the United States, but the platforms are poised for quick growth. Car-sharing companies raised more than $4.4 billion from venture capital and private equity investors from 2014 through the first half of 2020, according to Bloomberg New Energy Finance. In January, Turo Chief Executive Officer Andre Haddad announced plans for an initial public offering later in the year.

The volume of vehicles deployed through car-sharing networks is growing quickly as well, an analysis by the consulting firm Accenture showed late last year. Car sharing vehicles grew from approximately 200,000 worldwide in 2015 to more than 440,000 in 2020. The number is expected to more than double by 2025.

Near-term consumer adoption, however, could explode due to the rental car shortage. There’s no availability in some markets and rate spikes of more than 300% in others, said Jonathan Weinberg, chief executive officer of AutoSlash.com, which helps consumers compare rental options.

“If people are resorting to renting U-Haul trucks because they can’t find a rental car, there is a good case to be made for peer to peer,” Weinberg said.

In this climate the rental giants have lobbied across at least 30 states for regulatory and tax parity.

On the regulatory front, Scott of the American Car Rental Association said the industry wants car-sharing businesses to adopt a National Council of Insurance Legislators model act that was approved last year with input from Turo and Getaround. The model act establishes minimum standards for insurance, vicarious liability, record keeping and consumer protection.

Tax parity is equally critical due to the substantial burdens placed on car-rental transactions, said Garrett Watson, a senior policy analyst at the Tax Foundation and author of an analysis of state car-sharing statutes.

Calculating taxes on rental-car transactions can be complicated due to the sheer number of charges. On top of the daily charge for a rented vehicle, consumers are subject to state and local rental excise taxes in 44 states, and excise taxes levied by regional tourism districts. Depending on the jurisdiction, such taxes can be applied as a percentage of the sales price or as a flat daily surcharge, Watson said.

In addition, cars rented from airports often incur customer facility charges and airport concession fees, which fund the rental infrastructure and the indirect funding requirements of the airport. Rental companies’ annual costs for registering vehicles within a state are also passed to consumers as “vehicle license fees.” Finally, most states fold car rental transactions into their sales tax base. Local sales tax levies may also apply. 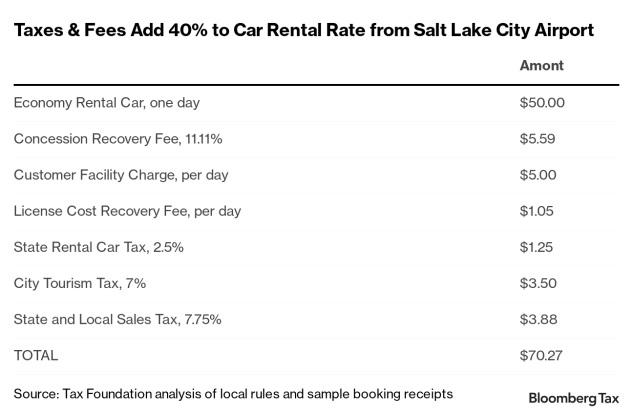 Representatives of Turo and Getaround said they generally support state efforts codifying the standards expressed by NCOIL, but they oppose tax laws that layer existing state and local car rental rules on them.

Policymakers aiming at greater tax parity between car sharing and traditional rental models need to also account for the $4.25 billion in tax benefits granted to companies such as Enterprise and Avis, said Turo spokesman Steve Webb.

Webb pointed to a report produced by NetChoice, a lobbying and research organization advocating on behalf of large internet-based companies. The report highlights sales tax exemptions granted to rental companies on their purchases of new vehicles, costing the states $3.6 billion annually. The rental companies also benefit from laws permitting them to pass their annual vehicle license and registration fees onto consumers. Neither tax benefit is available to anyone offering a vehicle on a car-sharing platform.