The Golden State Warriors might be on their last leg against the Toronto Raptors, but the California-based athletes can still cling to one advantage: they’re not taxed as much.

As the series comes to a close this week—the Raptors hold a commanding 3-1 lead over the Warriors as the two teams are set to square off in game 5 on June 10—it marks the first time the championship games are being hosted in Canada. If necessary, a game 6 would be held in Toronto on June 13.

On-court comparisons aside, the Warriors players residing in California have the upper hand on income taxes, as they face a lower rate than players living in Canada.

This 3.23% difference can mean hundreds of thousands of dollars more in the pockets of Warriors players.

Bloomberg Tax analyzed the highest-paid player on each team—Curry and Lowry—to illustrate the massive tax burdens each superstar faces. 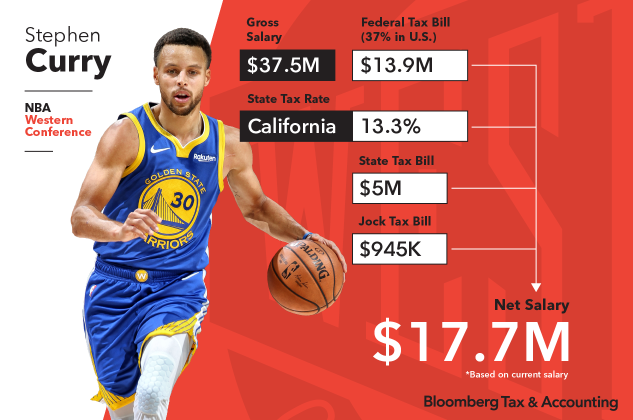 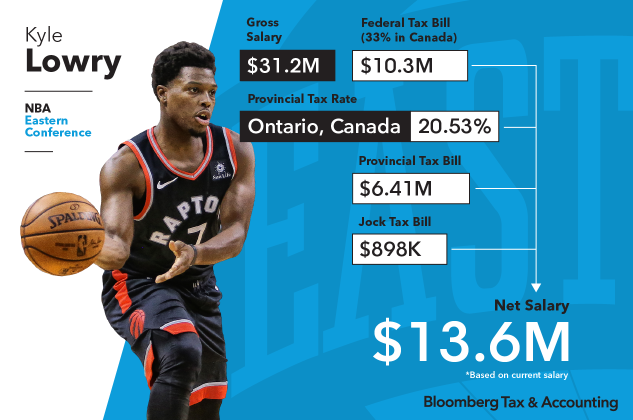 Teams that reach the championship are also awarded millions of dollars in league bonuses. This money is taxed like income.

In the 2017-2018 season, the NBA allocated about $3.3 million for the champions—the Warriors. The team gets to decide how to split up the bonus, but if it had been split evenly between a 15-man roster, each player would have gotten $177,000 before taxes.

Every American professional athlete is also subject to “jock” taxes, which are calculated by the amount of time a player contributes to “income-related work” in any state that administers an income tax. The time is measured in “duty days,” according to Sean Packard, tax director at Octagon Financial Services.

Curry and Lowry both lose nearly $1 million of their salaries to jock taxes.