In about two weeks millions of Americans could lose a crucial economic lifeline of this pandemic: $600 a week in extra federal unemployment benefits.

The scheduled end will ripple through households and the entire economy. The program accounts for a big chunk of the Treasury Department’s record jobless payments last month, which . Without the additional cash, some of the hardest-hit households may be forced to choose which bills to pay and which to let slide. 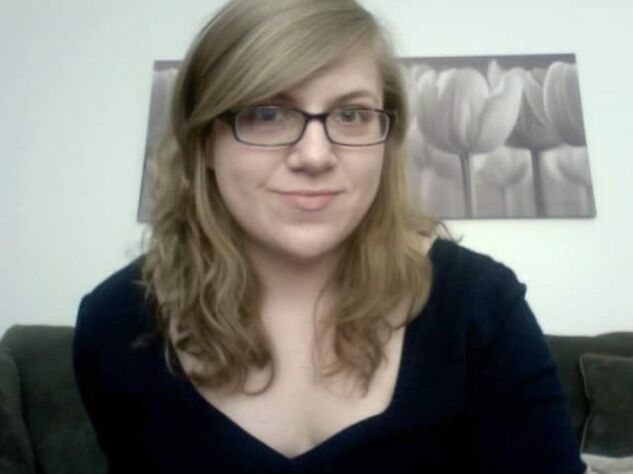 For Amanda Steinhauser in New Jersey, it will mean burning through meager savings even faster. For Chris Bolei in California, it means not knowing how he’ll make rent. For Raven Gilbert in North Carolina, it could mean struggling to buy food.

The deadline comes as the economic recovery shows signs of losing steam with renewed outbreaks causing states to reverse or stall reopenings. These extra benefits have in some cases prevented working-class people -- and the women and minorities who disproportionately rely on jobless benefits -- from sliding farther down the ladder of prosperity.

Meanwhile, policy makers in Washington are in their talks for more stimulus, and in particular whether to include an extension of the extra unemployment benefits. The weekly supplemental federal assistance was added to traditional unemployment benefits, which are administered by states and can vary widely in size.

Democrats want to extend the program, called Federal Pandemic Unemployment Compensation. Republicans and the Trump administration have called for capping the amount of money jobless Americans can receive, seeing it as a disincentive to return to work.

Interviews with those who have relied on the extra benefits offer a glimpse into a wide-reaching program that may yet prove crucial to the economy’s recovery. 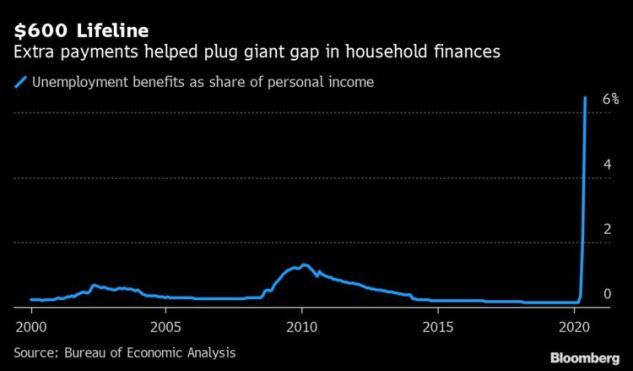 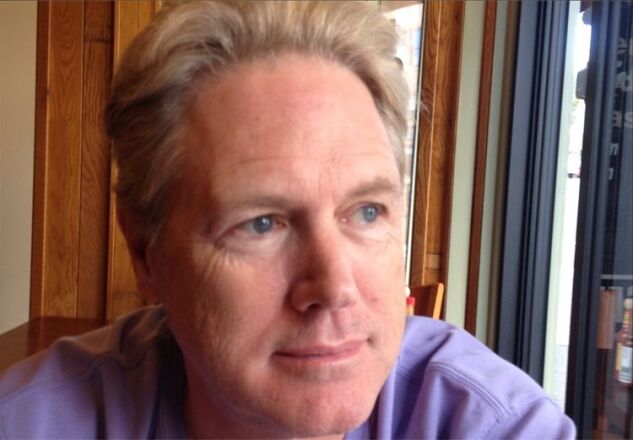 For Chris Bolei, 63, the extra $600 a week is “a lifeline to our pre-pandemic existence.” Before the pandemic, Bolei, from San Rafael, California, was making about $75,000 a year as a maintenance supervisor. Even with the government aid he and his wife, who is high-risk for severe complications from Covid-19, struggle to pay their bills. Without the weekly bonus, he said his rent payments and wife’s medical bills will become impossible.

“It’s going to put me in an extremely uncomfortable and possibly threatening situation with my housing,” he said.

Some Americans are making more money from jobless benefits than they did when they were employed. Two-thirds of workers who are eligible for unemployment insurance can receive more than what they lost in earnings, according to a paper by researchers at the University of Chicago.

Amanda Steinhauser, 33, is one of them. Before the pandemic began, she earned $14.75 an hour at a small party supply company in Blackwood, New Jersey. Now, she’s earning nearly twice as much with unemployment assistance. As a result, she has paid off some credit card debt and is saving hundreds of dollars each week.

But she says her savings will run out in a matter of months, before the U.S. jobs market is expected to return to normal. Without the additional federal top-up, Steinhauser’s unemployment benefits will fall to $280 a week, about half of what she made before the pandemic.

“I have been looking for a job ever since I was laid off back in March, and I haven’t been able to find anything,” Steinhauser said. “If I don’t have that $600, I know I’m going to be screwed.” 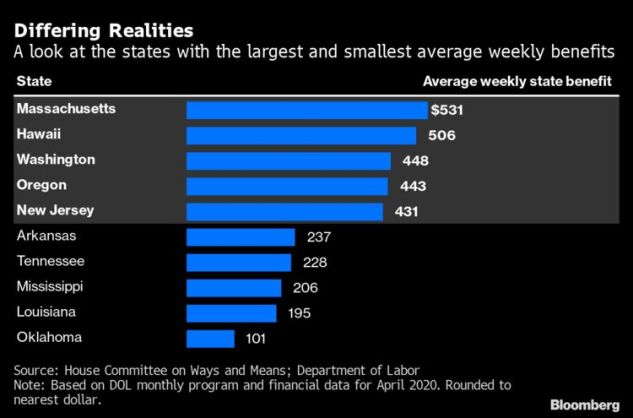 Employers argue that the $600 boost has created a disincentive for employees to return to work. For example, at the diner chain Waffle House Inc., based in Norcross, Georgia, some employees aren’t coming back to work because they make more money from unemployment, creating a shortage during some shifts, according to spokeswoman Njeri Boss.

Earning Less and Jobs Are Scarce

Those searching for jobs have faced an extremely challenging -- and competitive -- market. Job postings as of July 10 were about 23% lower than they were in 2019, according to data from hiring site Indeed. 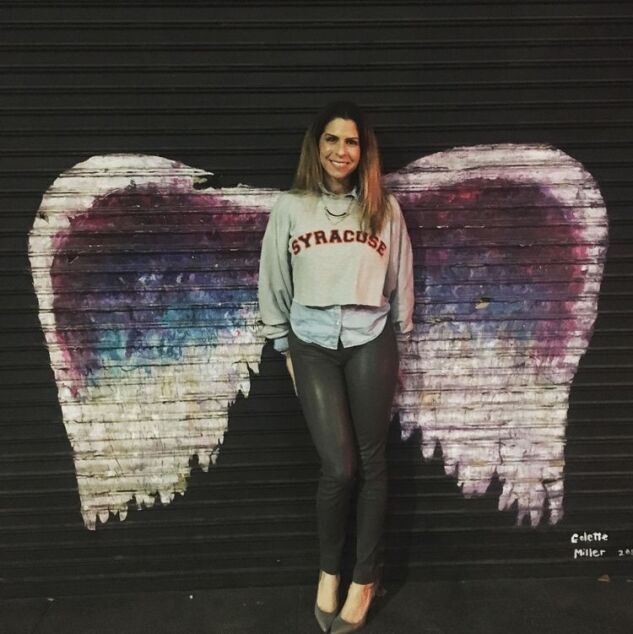 Jill Haber, 42, has been looking for a job since April when she was laid off from a senior position at a marketing agency in Los Angeles. The extra weekly benefits have helped her pay monthly bills but doesn’t make up for her salary. Adding to her expenses, Haber now has to pay for her own healthcare.

Without the extra $600, she said she’ll be getting roughly a fifth of what she made at her job. She will have to dip into her savings, which she had intended to use in the future to buy a home or retire. Making matters worse, her car lease will soon expire and she needed to buy a car. Without income, Haber’s 78-year-old mother had to co-sign her loan. She said she’s lucky she has savings.

Getting By While Earning Less

For those receiving Pandemic Unemployment Assistance, or the program that extends jobless benefits to those not typically covered like the self-employed and gig workers, the extra $600 often takes on even greater importance. 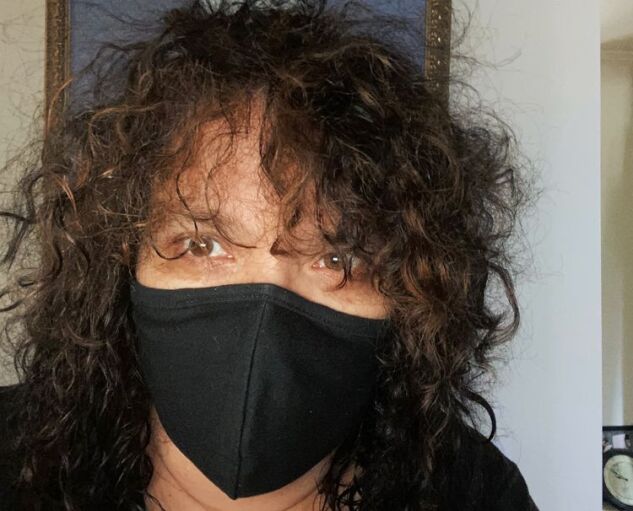 Raven Gilbert used to manage the bar at Hunter House & Gardens, a wedding and event venue in Huntersville, North Carolina, before she was laid off in March. She said she didn’t qualify for regular state jobless benefits but was able to get PUA.

Even with the $600 weekly bonus, the sum falls short of what she was making earlier this year. Though she hopes her job will become available again, she’s been looking for a new job but bars are still closed and restaurants are operating at reduced capacity. Without the extra unemployment benefit, she qualifies for just $134 a week in government aid.

“I don’t know what will happen,” Gilbert said. “I don’t know that I’ll be able to make my bills or buy enough food.”