President laid out what he called a “bold” plan to rebuild U.S. infrastructure, but now needs an equally ambitious effort to wrangle it through Congress in the face of Republican opposition and criticism from within his Democratic Party.

Biden, in a speech Wednesday in Pittsburgh, invoked the great public investments of the past -- the transcontinental railroad, the interstate highway system and the space program -- to sell his idea to spend $2.25 trillion over eight years on a menu of projects, from bolstering the electrical grid to upgrading childcare facilities.

“This is not a plan that tinkers around the edges. It’s a once in a generation investment in America,” Biden said. “It’s big, yes. It’s bold, yes. And we can get it done.” 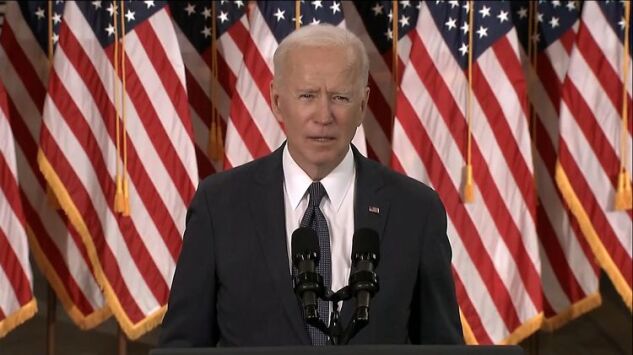 But illustrating the challenges Biden’s plan faces getting through Congress, it drew quick criticism from Republicans, who said they wanted no part of the corporate tax hikes he proposes to pay for it. Some progressive Democrats, meanwhile, said it would not spend nearly enough.

The competing pressures mean Biden’s proposal likely will have to be broken up into two or even three pieces of legislation that may ultimately differ significantly from the administration’s plan. Some parts will need Republican support to make it through the Senate, while other provisions may be put into fast-track budget bills that need only Democratic votes to pass.

Biden held out hope for bringing at least some Republicans on board.

“The divisions of the moment shouldn’t stop us from doing the right thing for the future,” he said. “We’ll have a good faith negotiation with any Republican who wants to help get this done. But we have to get it done.”

He called Senate GOP leader the day before his speech to brief him on the proposal. But he made little headway.

McConnell has labeled Biden’s plan a “Trojan horse” for tax hikes and liberal social policy changes that Republicans want no part of.

“I think it’s a big mistake,” McConnell said Thursday at an event in Kentucky. Despite the fact that everyone wants more infrastructure, Biden’s proposal “is not going to get support on our side.”

While many of the physical infrastructure projects Biden proposes would likely have bipartisan support, the biggest obstacle is agreeing on how to pay for them. Biden would boost the corporate income tax rate to 28% from 21%, which was set in former President ’s 2017 tax cut. Businesses also would pay significantly more on their global earnings. He also proposes to eliminate all fossil-fuel tax breaks and repealing incentives to move assets and jobs offshore.

“We can work together to find common-sense ways to pay for real infrastructure legislation without resorting to partisan tax hikes that will hurt our economy,” Ohio Republican Senator said.

Portman was one of 10 GOP senators invited to the White House in February to negotiate a pandemic relief bill with Biden, though the president ultimately chose to push a partisan, $1.9 trillion measure through Congress without Republican votes.

Democratic Representative of Washington, chair of the Congressional Progressive Caucus, said the Biden plan is far too small.

“We believe that our country is ready for an even bolder, more comprehensive and integrated plan,” she said. “It makes little sense to narrow his previous ambition on infrastructure or compromise with the physical realities of climate change.”

“But even if you have the vision that the Biden administration has put forward, my concern is that they have allocated $2.25 trillion over about eight years to act out on this vision and it’s just not enough,” she said at a virtual town hall Wednesday night.

Democrats already are laying ground work to draft and vote on the package, whatever its ultimate shape. Speaker set a July 4 deadline for House passage. That could allow the Senate to finish work on the bill in early August before the month-long congressional recess.

Crucial decisions will have to be made in the House about packaging and sequencing both the infrastructure proposal and another multi-trillion social-policy plan Biden intends to unveil in April. How that’s done will depend on how hard of a bargain Republicans drive for their cooperation on the parts of the plan they like, and how unified Democrats will be outside the pressure of the pandemic.

One part of Biden’s plan is most ripe for bipartisan support and could be broken off into a stand-alone bill. The surface transportation portion -- roads, bridges and the like -- could draw GOP support. It would need to, since it includes elements that aren’t eligible for the fast-track budget reconciliation procedure that allows legislation to pass the Senate with only Democratic votes.

In an effort to make deals, Democrats and Republicans in the House are reviving the use of earmarks, special projects in members’ districts that can be included in spending packages. House members can begin to formally file their local or other project proposal submissions on Thursday, each of which must be publicly posted.

The climate initiatives in Biden’s plan that are important to progressive Democrats won’t get much, if any, Republican support and don’t qualify for reconciliation.

In a subsequent, more conciliatory statement, he said that “our country desperately needs Congress to find common ground to make smart, responsible investments in our infrastructure” and Biden’s proposal is “just the beginning of the process.

“I hope the focus will be on proposals that can in fact gain bipartisan support,” he added. 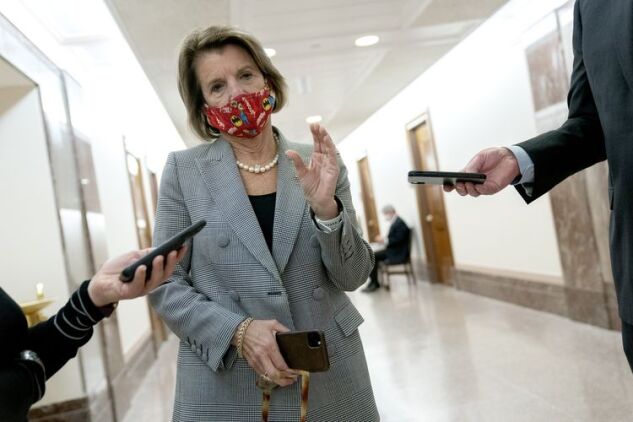 Senator of West Virginia, the top Republican on the Senate Environment and Public Works Committee, was part of the February stimulus meeting with Biden and said last week she’ll “try” to work with Democrats. But she expressed skepticism about his infrastructure plan, suggesting it would cost her state coal jobs.

“President Biden’s so-called ‘jobs’ proposal is a clear attempt to transform the economy by advancing progressive priorities in an unprecedented way,” she said in a statement. “The proposal would aggressively drive down the use of traditional energy resources and eliminate good-paying jobs in West Virginia and across the country.”

She added that the corporate tax increases would “burden” the economy as it recovers from the pandemic.

Republican opposition to tax increases means that part of the Biden plan most likely will have to be put into a reconciliation bill, the same process used for Biden’s stimulus. The multi-step process of fashioning that bill has lawmakers predicting completion in September or October.

Senate Majority Leader is exploring whether Senate rules would allow him to push ahead with as many as three reconciliation bills this year and next.

The budget process will be arduous because of skepticism from moderate Democrats about tax increases and demands from progressives for a larger bill. Pelosi can only lose four votes in the House and a single Democratic defection can sink the bill in the 50-50 Senate if all Republicans oppose it.

Three northeastern Democrats in the House have already demanded an end to a cap imposed on state and local tax deductions in Trump’s 2017 tax law as the price for their vote.

The administration argues that what’s at stake is nothing less than America’s competitiveness with a surging China.

“This is the largest play I’ve seen in my economic career to onshore industries, to build up nascent industries, to grab global market share in areas where we could beat our competitors” , a member of the White House Council of Economic Advisers, said in a Bloomberg TV interview Thursday.