The U.K. government is set to ramp up borrowing Wednesday, confronting the worst economic backdrop since the financial crash as the coronavirus continues its spread unchecked.

The outbreak is overshadowing what was meant to be Prime Minister ’s landmark moment: A plan to pour funds into infrastructure and revive “left-behind” regions that handed his Conservative Party a commanding parliamentary majority just three months ago. That will still be a big part of the Budget, but the focus is now on helping public services, companies and workers cope with the outbreak. 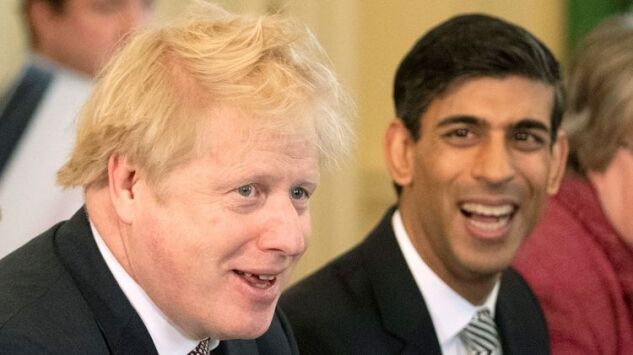 WATCH: The government is set to ramp up borrowing, confronting the worst economic backdrop since the financial crash.
(Source: Bloomberg)

That firefighting was highlighted early on Wednesday when the Bank of England unexpectedly cut interest rates and announced measures to help keep lending flowing.

The unfolding crisis, which has killed about 4,000 people around the world and convulsed financial markets, has also forced Chancellor of the Exchequer -- appointed finance minister less than a month ago -- to rapidly re-write his fiscal blueprint.

Budget rules designed to keep spending in check are set to be eased, allowing a big increase in borrowing. 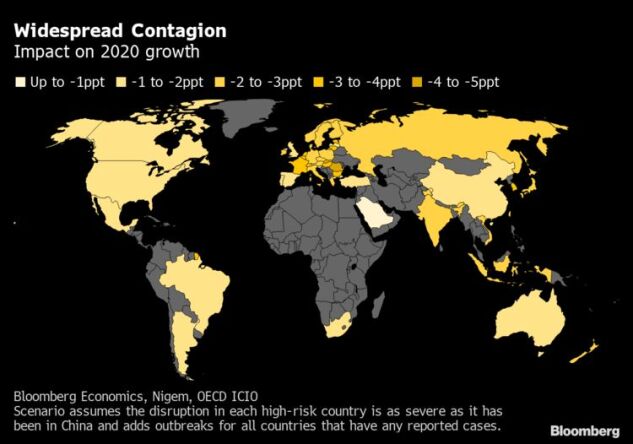 Sunak’s statement will be announced to a packed House of Commons at 12.30 p.m.

The outlook for the British economy has deteriorated since the Office for Budget Responsibility last produced forecasts a year ago, with implications for tax revenue and spending.

The fiscal watchdog is expected to bring its 2020 growth estimate closer into line with the 1% consensus of private-sector economists. But even that will be out of date. It completed its baseline estimates weeks ago, before it was clear how quickly the virus would spread. reckons a pandemic could hammer global growth and cause the U.K. to shrink for the first time since 2009. 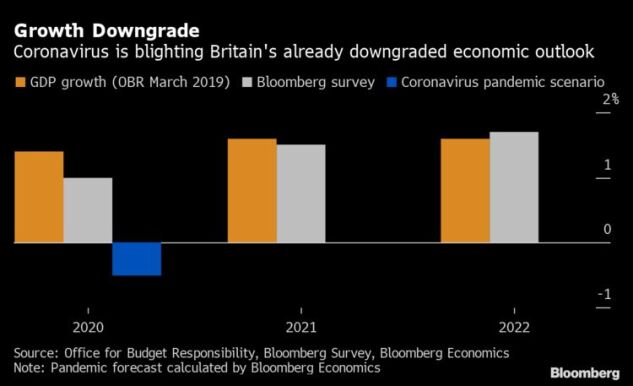 Sunak has left little doubt about the scale of the being prepared. As the front line in the battle against the virus, the National Health Service will get “whatever resources it needs,” he said Sunday.

Other measures may include tax forbearance for companies facing cash-flow problems and help for workers on flexible contracts who are forced to take sick leave. The government is also pressing ahead with a promised 2 billion-pound payroll tax cut which will benefit the majority of workers.

The central bank is already bolstering the effort with its own levers, which included a 50 basis-point rate cut.

At risk is the key fiscal rule that Sunak inherited from his predecessor -- a commitment to balance day-to-day spending and revenue in 2022-23. Even before the virus crisis escalated, few predicted the goal could be met without the government raising taxes or inflicting further cuts on public services.

Sunak may try to meet the rules by reclassifying some education spending as “investment.” But given the circumstances, he could reasonably argue that there’s a strong case for easing them temporarily. 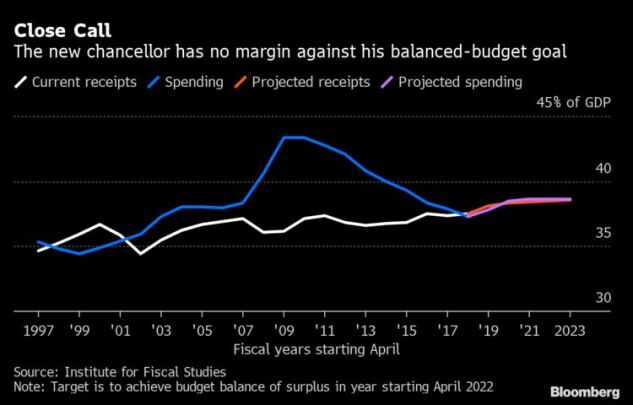 The centerpiece of the budget was meant to be a review detailing plans to increase infrastructure spending by 100 billion pounds over the next five years. Publication has been delayed, but the Treasury said Tuesday Sunak would pledge “hundreds of billions of pounds” for infrastructure, the average level of net investment.

Whatever the actual number, borrowing will nonetheless rise strongly, largely due to a huge increase for government departments already pledged by Johnson. The OBR may increase its 2020-21 budget-deficit forecast by almost 40% to 55 billion pounds, or 2.5% of GDP, says HSBC Senior Economist . U.K. bond issuance is set to surge to the highest level in . 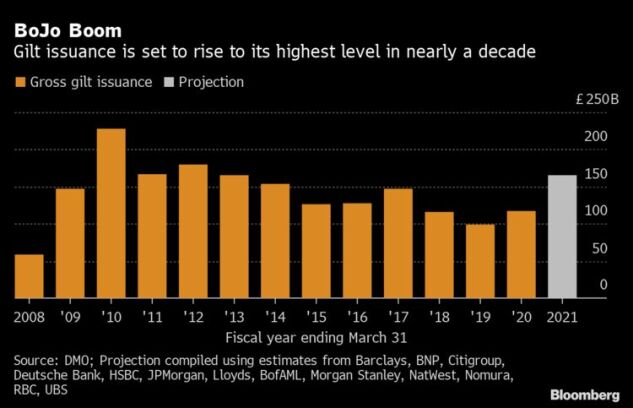 But with investors seeking haven assets amid the current crisis, even a big increase in bond sales is unlkely to reverse the unprecedented rally in sovereign debt. Yields on dropped below zero for the first time ever this week.

To contact the reporter on this story:
in London at a.atkinson@bloomberg.net