Legal marijuana is becoming the American norm as ballot measures passed in Arizona, Mississippi, Montana, New Jersey, and South Dakota, adding to the 33 states that already allow it for medical or recreational purposes.

Adult-use pot will be legal in 15 of those states.

The measures were among a handful of proposals voters across the country considered to legalize pot and decriminalize drugs such as psilocybin, or “magic mushrooms.” 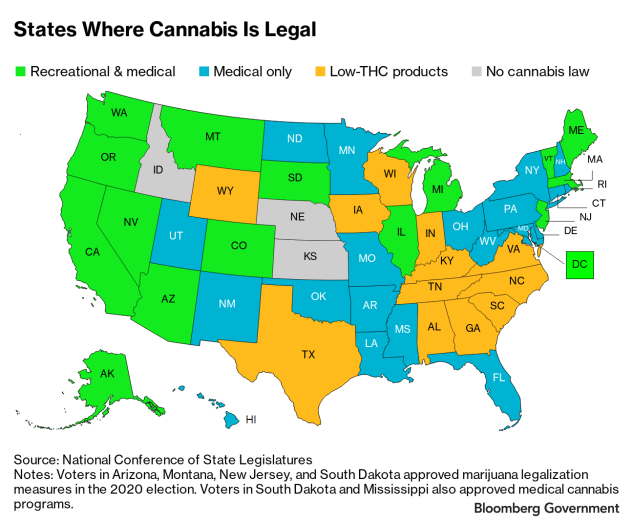 The ballot initiatives in solidly red states like Mississippi and South Dakota indicate a slow shift towards public acceptance of recreational drug use even though employers and health professionals worry about the impact. Substance addiction is a continuing problem in many parts of the country, and any growth in recreational drug use could make it harder for employers to find qualified workers, they say.

Proponents of the drug measures said the changes would raise new tax revenue for states, aid criminal justice reform, or provide medical treatment to people who need it. Opponents pointed to health and safety concerns and, in the case of cannabis, said marijuana companies would profit off of legalization more than voters. In Arizona, for instance, Harvest Enterprises, Inc., and Curaleaf are major funders of the legalization measure.

“The marijuana industry misled voters in order to pass this self-serving measure,” Lisa James, chairwoman of the campaign against the measure in Arizona, said in a statement.

Oregon became the first state to legalize medical use of psilocybin after voters approved an initiative (Measure 109) that doesn’t allow for retail sales.

“It will undoubtedly set the stage for other states to move forward with their own state-level ballot measures,” said Sam Chapman, Measure 109 campaign manager, in an October interview. 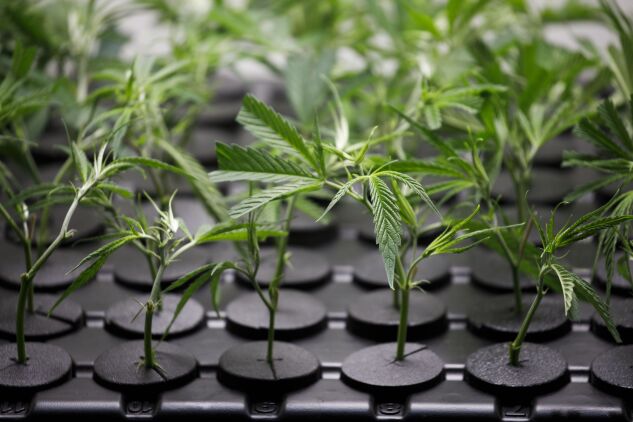 Here’s what voters approved Tuesday, according to unofficial returns:

Republican governors in Arizona, Mississippi, and South Dakota opposed the legalization measures in their states.

Montana Gov. (D), who’s term-limited, has supported medical marijuana in the past but not legalization of recreational marijuana.

“This result illustrates that support for adult-use marijuana legalization extends across geographic and demographic lines,” said Erik Altieri, executive director of the advocacy group NORML. “Marijuana legalization is not exclusively a ‘blue’ state issue, but an issue that is supported by a majority of all Americans -- regardless of party politics.”

In Washington, D.C., voters approved a measure (Initiative 81) to lower the police enforcement priority of personal use of entheogenic plants and fungi, such as psilocybin mushrooms and ayahuasca.

Oregon’s successful initiative (Measure 110) will remove criminal penalties for drugs like heroin and cocaine for people who possess small quantities.

The Oregon measure was based on shifting from criminal punishment to an addiction and health approach for drug use, Brad Reed, press secretary for the Measure 110 campaign, said in an October interview.

“So many Oregonians are touched by the issue, either themselves or someone in their lives struggling with addiction,” Reed said.

With assistance from , , and

To contact the editor responsible for this story: at hrothman@bgov.com