Practitioners who know the differences between International Financial Reporting Standards and US Generally Accepted Accounting Principles will be better equipped to help with preparing or reviewing the income tax provision, says Crowe’s Chris Kobylewski in this edition of “A Closer Look.”

With the rise of inbound and outbound international operations and transactions, US tax practitioners increasingly are encountering income tax reporting challenges under International Financial Reporting Standards. Issues typically occur when a non-US-based parent company owns US-based subsidiaries or otherwise has US-based operations, and the foreign parent company reports its worldwide financial statements under IFRS. For example, a US-based company owned by a non-US parent might require local financial statements reported under US Generally Accepted Accounting Principles, but then might convert to IFRS when reporting to its non-US parent company.

Issues also can occur when a US-based company owns a non-US-based subsidiary. In this situation, the worldwide consolidated financial statements likely are reported under US GAAP, but the non-US subsidiary or operations might require stand-alone financials reported under IFRS. In both examples, the practitioner assisting with the preparation or review of the income tax provision should be familiar with income tax reporting and disclosure differences between IFRS and US GAAP.

Measurement. For IFRS, pursuant to International Accounting Standard 12.46 and 12.47, current and deferred taxes are measured using the tax rates that have been enacted or substantively enacted by the end of the reporting period. Tax law rate changes are substantively enacted when it is clear the law change will occur and only formalities remain to complete the process. This definition might create a difference between US GAAP and IFRS measurement, as US GAAP requires tax rate changes be accounted for in the period the tax law has been enacted.

An example of this exception is when a company acquires depreciable property in a jurisdiction that does not allow depreciation for tax purposes—either currently or upon sale—but allows depreciation for book purposes. In this example, the potential taxable temporary difference (or DTL) upon purchase is not recognized as a result of the initial recognition exception. This exception does not exist under US GAAP and might create a difference between US GAAP and IFRS reporting.

Mark-to-market adjustments. Pursuant to IAS 16, and IAS 38, companies may elect to record fair market value adjustments to property, plant, and equipment and certain intangible property subsequent to the initial purchase. As a result, corresponding deferred tax reporting might be required when the tax jurisdictions do not comply with these rules. US GAAP does not have comparable fair market value adjustments for property, plant, equipment, and intangible assets and continues to report these assets using historical adjusted cost basis subject to impairment testing. As a result, deferred tax reporting differences might arise. 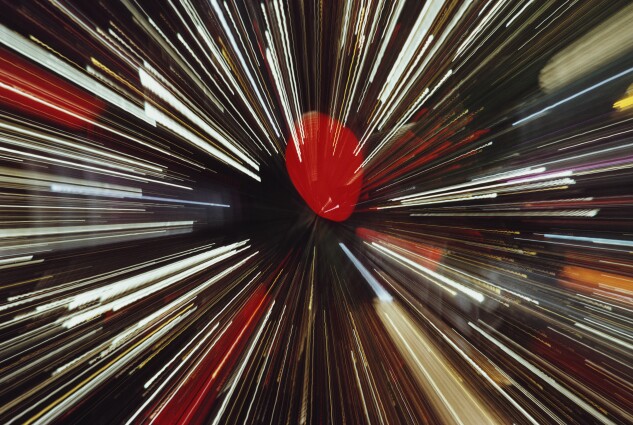 US GAAP, on the other hand, amortizes the intrinsic value as compensation costs over the vesting period and does not revalue to awards at each reporting period. The compensation costs are disallowed for tax purposes and result in a DTA. Once the awards vest or are exercised, any excess tax benefits or shortfalls are recorded through income tax expense. As a result of the differences noted, variances often arise between US GAAP and IFRS related to income tax accounting for share-based compensation.

US GAAP and IFRS use similar models with reporting for income taxes during interim periods, defined as periods of less than one year. In general, an annual effective tax rate is calculated under both models that estimates the tax rate for the full year. Permanent differences, tax credits, and tax planning items are considered in determining the AETR. But significant, unusual, or infrequent items are excluded and instead accounted for discretely in the quarter they occur. The calculated AETR is then applied to the year-to-date ordinary income and added with the discrete items to arrive at the year-to-date income tax expense.

Differences might exist, however, when companies operate in multiple countries or jurisdictions. Under US GAAP, an overall worldwide AETR is calculated and applied to consolidated ordinary income with limited exceptions pursuant to Accounting Standards Codification 740-270-30-36. IFRS, on the other hand, uses a jurisdiction-by-jurisdiction AETR analysis when practical. In addition, the AETR might need to be broken out by income categories when practical if certain jurisdictions tax income categories at different rates. As a result of these variances, interim income tax reporting under IFRS often is different from US GAAP.

IFRS and US GAAP generally have requirements regarding the presentation of current and deferred taxes included in the financial statements. Both require specific information to be disclosed in the financial statements, which often are included in the tax footnote. IAS 12.81 and 12.82 provide a list of the required income tax reporting disclosures and under what circumstances certain disclosures are needed. The disclosure requirements generally are consistent between IFRS and US GAAP. The following notable disclosures, however, are required or presented as a practical matter under IFRS but not under US GAAP.

Deferred tax roll-forward. Under IAS 12.81(g), the amount of deferred tax expense or benefit recognized in profit or loss with respect to each type of temporary difference and unused tax losses and unused tax credits should be disclosed if it is not apparent from changes in the amounts recognized in the statement of financial position. While a tabular roll-forward disclosing the change in deferred taxes is not required, many companies choose as a practical matter to prepare and disclose a tabular roll-forward in the tax footnote to fulfill the requirements of IAS 12.81(g). The deferred tax tabular roll-forward typically discloses the significant temporary differences and tax loss and credit carry forwards, including where in the financial statements the changes in those items were recognized—for example, in profit or loss from continuing operations, discontinued operations, other comprehensive income, or business combinations.

Rate reconciliation. While both US GAAP and IFRS require a rate reconciliation, there can be presentational differences between the two models. Under US GAAP, multinational public companies present the expected tax on domestic and foreign income using the reporting entity’s home country statutory rate, which then is reconciled to the actual foreign tax expense. However, under IFRS, multinational groups may either reconcile from the reporting entity’s home country rate or use a weighted average rate that considers differences in each jurisdiction.

DTA recognition. A company is required under IAS 12.82 to disclose the amount of its DTAs and the nature of the evidence supporting its recognition when utilization of the DTA is dependent on future taxable profits in excess of the profits attributable to the reversal of DTLs, as well as when the company has incurred a loss in either the current or preceding periods. There is not a comparable disclosure requirement under US GAAP.

Valuation allowance. US GAAP requires a public entity to disclose the approximate tax effect of each type of temporary difference and carryforward that gives rise to a significant portion of DTLs and DTAs before allocation of valuation allowances. IFRS, on the other hand, only records the DTAs to the extent it is probable the asset will be realized. Thus, the disclosures between IFRS and US GAAP would differ, although the amount of the overall DTA recorded might be the same. 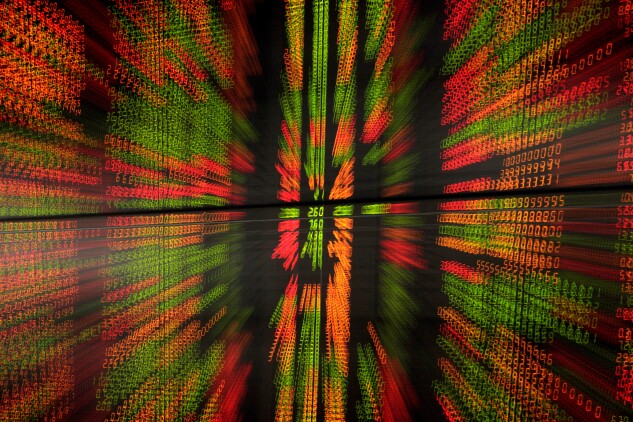 Stocks prices displayed on an electronic stock board at the Asia Plus Securities Pcl headquarters are photographed with a zoom effect in Bangkok, Thailand, on Friday, Aug. 30, 2013.
Photographer: Dario Pignatelli/Bloomberg via Getty Images

Like US GAAP’s ASC 740-10-25 (FIN 48), International Financial Reporting Interpretations Committee 23 adopts a two-step approach for recognition and measurement. Also like US GAAP, IFRIC 23 requires companies to assume that the taxing authorities have full knowledge of all relevant information in its assessment and detection of risk is ignored.

In step one—the recognition test—a company assesses its tax positions using a probable test and determines if it is probable that the taxing authorities will accept the company’s tax treatment as reported on a return or a return to be filed. For this purpose, “probable” is defined as “more likely than not.” If the company concludes that it is probable, the company will recognize the full benefit of the tax position as reported on the return or the return to be filed. If the company concludes it isn’t probable, the company moves to step two for measurement.

IFRIC 23 requires using one of the following: the most likely amount method, which is the single most likely amount in a range of possible outcomes; or the expected value method, which is the sum of the probability-weighted amounts in a range of possible outcomes. The company must use the method that better predicts the outcome or resolution of the uncertainty.

While IFRIC 23 has many similarities to US GAAP’s ASC 740-10-25, companies should carefully analyze the different approaches when converging to or from US GAAP financials. For example, when converting US GAAP-based financials to IFRS-based financials, differences often might exist with respect to the measurement of uncertain tax positions, so companies should carefully review the different methodologies. US GAAP requires uncertain tax positions meeting the more-likely-than-not standard to be measured using the methodology based on the concept of cumulative probability. Under this methodology, the amount of the benefit recorded represents the largest amount of tax benefit that is greater than 50% likely to be realized upon settlement.

IFRS financial reporting is on the rise due to the inbound and outbound increase in international operations. US practitioners who are accustomed to US GAAP reporting might now be tasked to prepare or review income tax provisions or reporting disclosures under the IFRS standard. As a result of the increased complexities and potential risks, companies should carefully evaluate if they have adequate technical resources. If they don’t, they should consider employing additional IFRS specialists or outside assistance.

Chris Kobylewski is a CPA with more than 23 years of experience as a tax specialist in public accounting. He has extensive experience in the ASC 740 and IAS 12 space with middle market clients operating in various industries.