Congress turns its attention this week to negotiations over another round of economic stimulus, with battle lines drawn over more than $1 trillion in additional spending floated by Democrats amid objections from Republicans and demands from President .

Republicans are chafing at the prospect of adding to the $2.9 trillion already allocated to pandemic relief, yet the two sides are open to some funding for the most contentious piece: aid to state and local governments. GOP lawmakers have eased their opposition to the Democratic-backed proposal, expressing openness to offering some relief in exchange for business liability protections.

And House Speaker has indicated at least partial agreement with Senate Majority Leader that state and local aid should be focused on the losses caused by the coronavirus pandemic. 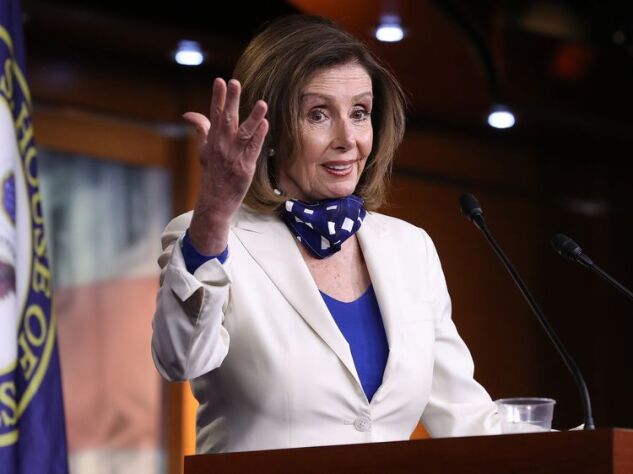 But the biggest potential obstacle may be Trump, who said Democrats’ willingness to wait until now to push for up to $1 trillion sought by states and localities creates an advantage for the GOP. “If they do it, they’re going to have to give us a lot,” he said Friday on host Dan Bongino’s podcast. On Sunday, he set down one marker.

“We’re not doing anything without a payroll tax cut,” Trump said in a “virtual town hall” event hosted by Fox News at the Lincoln Memorial in Washington.

It likely will be weeks before an agreement is struck. The president’s chief economic adviser, Larry Kudlow, said Sunday the administration isn’t in a hurry to push out another major package of stimulus until getting a clearer idea of how the economy is responding to the slow re-opening.

“I don’t want to get too far ahead of the story,” he said on CNN’s “State of the Union” program. “There may well be additional legislation. There’s kind of a pause period right now.”

The Senate returns to work Monday, primarily focused on confirming some of Trump’s nominees and operating under guidelines aimed at protecting members and staff from coronavirus infection. Pelosi took the Congress physician’s advice to keep the 429-member House away from Washington, though behind-the-scenes bill drafting may lead to a proposal by the end of the week.

McConnell and Pelosi on Saturday rejected a White House offer to provide rapid coronavirus testing for lawmakers, saying in a rare joint statement that resources should be directed “to the front-line facilities where they can do the most good the most quickly.”

The single biggest chunk of money being talked about so far in the next phase of pandemic relief is aid to state and local governments. Pelosi has suggested the need could be as much as $1 trillion, though she hasn’t committed to that amount

McConnell, after getting political fallout for suggesting bankruptcy as an option for states facing coronavirus expenses and revenue losses, said last week he’s open to providing some aid so long as it doesn’t cover pension liabilities and other shortfalls he says are the result of “past mistakes.”

A number of Senate Republicans are echoing their leader. Five GOP senators, including of Texas and of Florida, told Trump in a letter, “Americans expect that their tax dollars will be used for coronavirus response, not to backfill decades of bad fiscal policy.”

Pelosi appeared to concede the point, telling reporters last week that, “This isn’t about any other budget issues for states. It is about the coronavirus outlays, revenue lost.”

McConnell has also insisted that the next economic measure protect businesses that reopen from lawsuits by employees or patrons who may be exposed to the virus. 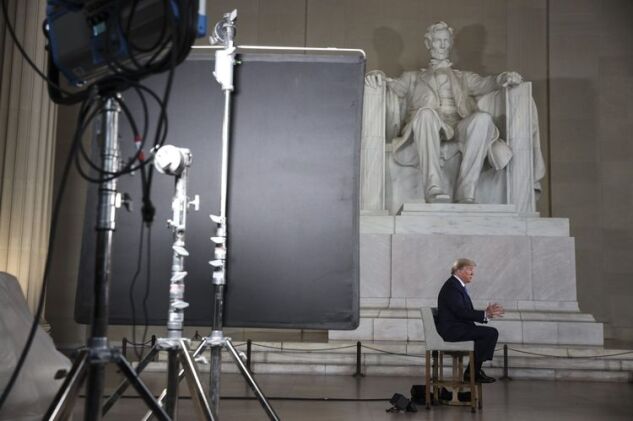 U.S. President Donald Trump speaks during a Fox News town hall at the Lincoln Memorial in Washington, on May 3.
Photographer: Oliver Contreras/Sipa/Bloomberg

McConnell said in a statement with House Minority Leader that Republicans agree such protections “will be absolutely essential to future discussions surrounding recovery legislation.”

, president of the U.S. Chamber of Commerce Institute for Legal Reform, said the chamber proposes protecting businesses, schools, churches and other organizations from virus exposure lawsuits if they follow Centers for Disease Control guidelines and don’t recklessly endanger people. The group backs protection for makers of virus response products and health care workers, and it says investors with equity losses should be barred from suing over falling stock prices.

Texas Republican is drafting a liability bill, which could become the basis for Senate action, according to an aide. The bill would establishe an affirmative defense for both essential and nonessential businesses should they be sued for coronavirus-related claims. It would shield businesses from tort liability for simple negligence related to Covid-19 as long as they have complied with government guidelines, with exceptions for gross negligence and willful misconduct. It would provide a way for moving some state law tort claims to federal court.

In addition to calling for a payroll tax cut, Trump has also indicated he wants an infrastructure package as part of the next bill. White House press secretary said that requiring so-called sanctuary cities to cooperate with immigration agents is also part of the talks.

“This is a really important issue that has cost American lives,” she said.

Neither a payroll tax cut nor major infrastructure spending is getting much backing in Congress, and Kudlow said Sunday that nothing had been decided yet.

The long list of House Democratic proposals for the next virus bill may raise its price tag above $2 trillion. Democrats will be under pressure from progressives frustrated that many of their priorities were left out of the first four rounds of aid.

Democrats have discussed adding funds for education, public housing, renters’ aid, direct small business grants, and support for hospitals and health care workers. Another round of cash payments to individuals is being proposed -- perhaps as much as $2,000 per adult rather than the prior $1,200.

Senate Democrats led by Schumer want the next bill to extend work authorizations for some immigrants in jobs deemed essential to addressing the coronavirus outbreak. That includes 200,000 young undocumented immigrants protected from deportation by President Barack Obama’s Deferred Action for Childhood Arrivals executive order, and another 130,000 immigrants in the U.S. under Temporary Protected Status.

Democratic senators including of Vermont and of Virginia back a “paycheck security” plan that would provide up to $90,000 for individual workers affected by the virus. A group of Democrats from both chambers, including Senator of Massachusetts and Representative of Washington, wants to prohibit conflicts of interest for senior staff who make decisions on approving relief funds.

The Senate doesn’t plan to debate a coronavirus bill this week and appears to be waiting for the House to act first. Instead, the Senate plans to vote Monday on the confirmation of Robert J. Feitel to be inspector general of the Nuclear Regulatory Commission.

(updates with details on Cornyn liability bill in 17th paragraph)